What began as a small event in 2015 has grown into a fundraiser that provides hundreds of thousands of dollars in support to servicemen and women, sponsored by Dallas investment bank Generational Group.

This year’s two-day event kicked off Nov. 10 with a dinner and lively on-stage conversation with golf legend Jack Nicklaus and golf personality David Feherty at Bent Tree Country Club. It also included a special cake-cutting ceremony to mark the birthday of the U.S. Marine Corps. The fundraiser continued with a day of golf on Veterans Day (Nov. 11) at Maridoe Golf Club. 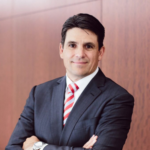 Donations will benefit Folds of Honor, Feherty’s Troops First Foundation, Defenders of Freedom, and Northern Texas PGA Hope, all of which focus on improving the lives of veterans.

“Our military personnel have shown love to us all by what they have done,” Ryan Binkley, president and CEO of Generational Group, told D CEO. “Many veterans need extra help. So, if we can do something to help those who have helped us, that’s what we want to do.”

Nicklaus, who works with Generational Group on some marketing initiatives, said he was happy to participate in the event and up the ante on fundraising. “I have a passion for helping the military,” he said.

Widely considered to be one of the greatest golfers of all time, with 117 professional tournament wins in his career, Nicklaus also is a course designer. His projects include the current iterations of the Blue Course and Gold Course at Dallas Athletic Club, where he won the 1963 PGA Championship as a young golfer.

“He has made a lot of strides in the past year, and I think he’s going back to what worked for him in the past,” Nicklaus said. “I like Jordan a lot. He’s a great kid, and I like to see him do well.”

The Goldman Sachs Partner With Olympic Gold in his Trophy Room