Pharmaceutical industry veteran Courtney Nall can count the 22nd annual KidneyTexas Inc. luncheon and fashion show as a success. The Area Business Leader for the Dallas district of Novartis Pharmaceuticals chaired this year’s fundraiser and helped move it into a brand new home at the Meyerson Symphony Center.

Framed by some of the hottest fashion trends predicted by TOOTSIE’s Nerissa von Helpenstill and Dustin Holcomb, a who’s who list of local business leaders and philanthropists raised a glass to the late Helga Feldman at the luncheon. Helga, who died in late May, was a successful stockbroker and fashion entrepreneur featured at fine stores such as Neiman Marcus.

To date, the fashion show and luncheon has raised $3.7 million for local efforts to improve the ability to diagnose and manage kidney disease.

Barbara Bigham, a founding member and lifetime member of KidneyTexas, Inc., was honored with the Sue Goodnight Service Award.

This November, The Family Place will recognize its recently retired CEO, Paige Flink, at the newly opened Thompson Dallas hotel. 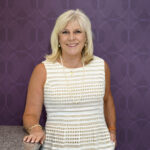 Flink has been part of The Family Place organization since 1991 and has been instrumental in changing the public’s perception and response to family violence in the North Texas community. Under her leadership, Flink grew a once 40-bed emergency shelter, and counseling office to three shelters with 177 beds total, along with three counseling offices in Dallas and Collin Counties. In addition, she founded one of the only shelters specifically for men and children in Texas. She created Partners Card, the popular 10-day shopping and dining fundraiser, coming up from Oct. 29 through Nov. 7 this year.

Since 1996, the Texas Trailblazer Award has honored those who create positive change in the community. The gathering is the largest educational event for The Family Place and is attended by philanthropists, corporations, members of the media, and other North Texas leaders. Mother and daughter Carol and Stephanie Seay, and Travis and Stephanie Hollman will serve as co-chairs. All four continue their ongoing support of The Family Place by chairing the landmark event again this year, as the foursome had previously chaired the same event together in 2014.

Doreen Griffith, Dallas Managing Partner of Grant Thornton, will serve as the community volunteer chair for the 2021-2022 Dallas Go Red for Women movement. 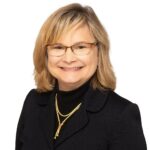 “As a wife, sister, daughter, and colleague, I understand firsthand how caring for yourself is often last on your to-do list,” said Griffith. “Empowering women to take action to lower their risk for heart disease and stroke is what inspired me to chair the Dallas Go Red for Women movement. I know we can take the message of self-care and prevention to even more women than ever this year.”

Go Red for Women is a worldwide initiative of the American Heart Association designed to increase women’s heart health awareness and serve as a catalyst for change to improve women’s lives locally, nationally, and globally. This year’s local achievements will be celebrated on Feb. 25, 2022, at the Dallas Go Red for Women Luncheon.

Party on the Green Returns This Friday

One of the most celebrated food and drink fundraising events in Dallas returns this Friday. TACA Party on the Green brings together tantalizing culinary experiences and world-class music and dance performances, and visual art in a sparkling under-the-stars setting celebrating the North Texas arts and cultural community. This year’s culinary experience features delicious small plate dishes inspired by featured Celebrity Chef Janice Provost of Parigi in collaboration with Wolfgang Puck Catering Services.

“After forgoing the event in 2020, I am proud to announce that TACA Lexus Party on the Green is back! This fall-favorite event is the premier opportunity for art lovers across the city to come together in celebration of our thriving cultural arts community,” said Terry D. Loftis, Donna Wilhelm Family President & Executive Director.  “On October 15, we’ll unveil a Party on the Green that is totally unlike any we’ve hosted before.”