Enjoy unlimited access to all of our incredible journalism, in print and digital.
Subscribe Now
Advertisement
Personnel Moves

In his new role as director of community outreach, Álvaro “Al” Montoya will focus on the National Hockey League team’s effort to grow the sport among underrepresented fans, including Spanish-speakers like himself. The son of a Cuban refugee, Montoya was the first Cuban American to play in the NHL. He currently serves on the league’s Player Inclusion Committee. A native of Chicago, Montoya was selected by the New York Rangers in the 2004 draft. He went on to play with the Phoenix Coyotes, New York Islanders, Winnipeg Jets, Florida Panthers, Montreal Canadiens, and Edmonton Oilers.

A former assistant counsel in President Obama’s White House Counsel office, Dilen Kumar has joined the Dallas office of Katten as a partner in its mergers and acquisitions and private equity practice. Kumar represents P.E. firms and public and private companies in connection with mergers, acquisitions, divestitures, joint ventures, carve-outs, and other transactions. He currently serves as co-chair of the Texas Minority Counsel Program and is a recognized leader on DEI matters in the legal profession. Prior to Katten, he was a corporate partner at Kirkland and Ellis.

Dallas-based developer KDC is launching a new leasing division with the hiring of Aairica Mims She previously served as leasing manager at Granite Properties, where she was responsible for a 4 million-square-foot portfolio of mixed-use and office space. Prior to that, she was an agency leasing senior vice president for Peloton Commercial Real Estate. At KDC, Mims will focus on acquisitions, multitenant office leasing, and ground-up builds, as well as single-tenant, build-to-suit developments. Last month, the company closed an $800 million fund with two new partners, Cadillac Fairview and Compatriot Capital, a subsidiary of longtime KDC partner Sammons Enterprises, which acquired a 50-percent stake in the company. 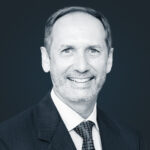 A nearly 40-year veteran with the IRS, William “Bill” Wilson has joined Whitley Penn as a director within the accounting firm’s tax group. Most recently, he was a team manager in the agency’s passthrough entities practice. There, he led high-profile projects, including the implementation of the Bipartisan Budget Act partnership audit procedures.

Former Dallas City Councilman Lee M. Kleinman has been named senior advisor at Masterplan, a Texas real estate services firm that consults on land use matters, including zoning, economic incentives, subdivisions, building permits, and other development approvals. In his new role, Kleinman works with developers, neighbors, and municipalities, and advocates for higher and better land use to help cities achieve optimum value. He served as a council member from June 2013 to June 2021.

With more than 30 years of experience in franchising, both as a franchisee and franchisor, Jim Howe has been tapped to serve as brand president of NerdsToGo, a computer and IT services firm acquired by Propelled Brands in 2020. For the past 11 years, Howe has held various roles at FASTSIGNS. Past experience includes posts at The Coffee Beanery, Wicks and Sticks, and Hallmark.

A retail real estate firm known for its analytics, Dallas-based Weitzman has hired Rob Darnell as vice president of research for the firm’s statewide operations. He specializes in offering insight and location intelligence via spatial, demographic, and psychographic data and analyses. Prior to joining Weitzman, Darnell spent 14 years as director of research for The Retail Connection.

As part of a regional expansion, Benjamin Watson has been brought in to oversee the project management of newly signed multi-family and condominium projects in Austin and Dallas, shepherd the new development process of sales, marketing, and planning and design, in addition to being instrumental in business development for those markets.

A member of the Salesmanship Club of Dallas since 1997, Robert Smith has been named to serve as the organization’s 102nd president. Through its signature fundraiser, the AT&T Byron Nelson golf tournament, the nonprofit has raised $172.5 million for the Momentous Institute since 1968. A member of the law firm Frost Brown Todd, Smith will serve a one-year term, alongside six other leaders on the organization’s board of directors: Edward Moore of Frost Brown Todd (first vice president), Timothy Marron Jr. of BCW Food Products (second vice president), James Yoder of Velocis (secretary), Joseph Merritt of Merritt Capital Partners (treasurer), Scott Wood of True North Advisors (Momentous Institute board chair), and John Jenkins of 42 Real Estate (Salesmanship Club charitable golf of Dallas board chair).