New weatherizing laws won’t have a significant financial impact on Texas’s oil and gas industry, said Ann Bluntzer, TCU’s Energy Institute director. In what may surprise some who follow the industry, regulations received the support of most of the state’s energy companies in the wake of the grid’s failure this winter.

Winter storm Uri left nearly five million Texans without power in February, and a Buzzfeed report found that 700 people may have died during the storm, though the official state total is 151 deaths. The fallout resulted in calls to improve the state’s power grid, and earlier this year, Governor Greg Abbott signed two bills into law to address the issue.

Senate Bill 3 focuses on the state’s power generators and transmission lines, requiring them to upgrade to function in extreme weather. Texas Tribune reported the Texas Railroad Commission and Electric Reliability Council of Texas would conduct inspections of these facilities, with possible penalties of up to $1 million. 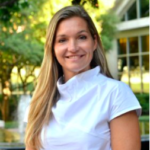 “It’s a move in the right direction, and it’s nice when you have a balance,” she said. “Law and private business intersect, and there has to be a little bit of accountability.”

A change was long overdue. A winter storm ten years ago (as Dallas hosted the Super Bowl) caused massive outages but resulted in no significant changes to the laws that govern power producers and transmitters. The new legislation is welcome but won’t likely have an impact on the profitability of energy companies.

“I don’t think anyone’s going to say that you’re not going to be able to make money on your asset if you have to spend on weatherization,” Bluntzer said. “We get extreme weather now and then, and it’s important to protect and prepare for it.”

Even as a winter storm gripped the entire country, Texas made headlines because its grid wasn’t able to handle the temperatures, leaving some without power for days at a time in below-freezing temperatures. Of course, energy production companies in much colder places have long been able to function in extreme cold. Still, similar technology hadn’t been installed in Texas because there had never been a need. Until there was.

So how did we get here? Texas residents enjoy some of the lowest energy costs in the nation because the grid is on a demand-based system, meaning generators get paid only when they provide power each day. When energy prices are low and demand is normal, that works out for Texans. But it means there is no incentive for Texas power generators to keep reserves. There is a capacity energy market in many regions around the country, which means power suppliers are paid to commit to a certain level of power generation for delivery years into the future, ensuring reliable power. This also means that energy costs are higher, but Bluntzer said the storm asks tough questions about how Texas handles its energy.

“Do we want to keep paying for cheap energy and the possibility of these things happening?” Bluntzer asked. “Or do we want to have a hard and honest conversation about what reliable energy looks like?”

Given the market incentives and the likelihood of a prolonged and intense freeze, energy producers were unlikely to weatherize independently. The oil market can be highly volatile, and companies must prioritize spending on the most likely scenarios. If 2020’s brief negative oil prices taught the industry anything, it is to stay lean and not run through the capital to address unlikely problems. “It took something like Uri happening for everybody to wake up and realize that we’ve got to play it safer on this moving forward,” Bluntzer said.

One might expect the industry to resist more regulation, but the storm and its consequences made the changes necessary. The oil and gas companies, at least publicly, seemed to agree.

“It’s been inspiring to see how the oil and gas industry has reacted to this,” Bluntzer said. “They supported these laws, and they didn’t fight them. They agreed that they wanted to see the change. ‘We failed, and we want to fix it. We’re willing to use laws and be more regulated.’ That is rare in this industry.”