Together, the two have led the charge in acquiring minority ownership stakes in the Cleburne Railroaders of the American Association of Professional Baseball and the Buffalo Beauts and Minnesota Whitecaps of the National Women’s Hockey League. A subsidiary, Top Tier Rugby, also owns majority equity in Major League Rugby’s Dallas Jackals. 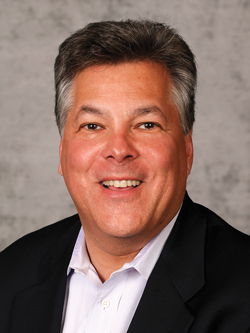 Before creating Top Tier Sports, Leibman was on the leading edge of eSports, involved with the NBA’s Memphis Grizzlies, and acquired ownership stakes in the Texas Rangers and several minor league teams across several sports.

In late 2019, Leibman and Yates met up to discuss the numerous sports ownership opportunities coming across Leibman’s desk.

“I’m seeing a lot of deals that are coming my direction,” Yates recalled Leibman telling him, “and I just don’t have the time to do them. I’d like to bring on some partners to help me with that. What do you think?”

Yates jumped at the opportunity, and by November 2019, the two took Top Tier Sports to the market for a couple of months. Their investment strategy involved finding already successful franchises they can push over the edge. 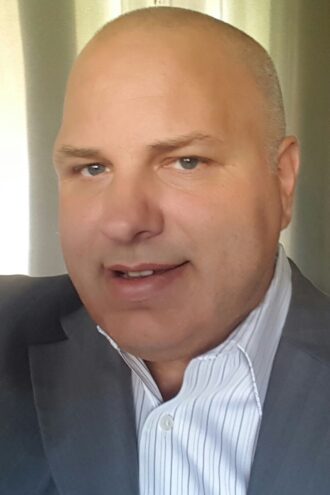 “In most cases, we’re looking for experienced operators who have a track record of success in sports, people who understand the importance of generating revenue, while also managing a responsible budget,” Yates said. “Then we start to dive into the business: their ticket sales, sponsorship sales, food and beverage, their stadium or arena lease, the TV rights, the payroll, and more. We’re looking at it like we would any other business to invest in.”

Unfortunately, the two could not put their investment strategy to the test right away as the pandemic quickly halted operations. The fund did not ride the pine for long, though, as Leibman and Yates jumped back into the game as soon as an opportunity came knocking.

“Last summer, the Dallas Jackals opportunity came up, and it was time-sensitive,” Yates said. “So Top Tier Sports was on hold, but in order to get the rugby deal done immediately, we created Top Tier Rugby. And then we thought we would merge the two when we were more comfortable.”

The merger was formally announced on July 20, marking the latest bit of news in what’s been a busy 2021 for the company. In March, Top Tier Sports acquired an equity stake in the Railroaders, followed by adding the Beauts and the Whitecaps in June. Each fits the mold of teams Top Tier Sports is looking to add to its portfolio: annual budgets that ideally fall under $7 million and climb no higher than $10 million. The teams’ valuations range from $1 million up to $20 million.

For now, Yates and Leibman’s main focus is minority equity.

But although the investment level may be capped, Top Tier Sports’ ambition is not.

“I want rings. I want championships,” Yates said. “We also want to orchestrate a profitable business. We want to improve asset values. We want to make the team more valuable. If you look at valuations in pro sports, from the minor leagues up to the major leagues, you can see how valuations in sports are growing over time at a pace that exceeds most other industries. So even through difficult financial times, even through a pandemic, the valuations have continued to grow.”

Leibman believes that sports inherently brings people together, and he wants to see his teams foster a high-quality community.

“We believe in the power of pro sports to develop communities and strengthen family bonds,” he said.

Moving forward, the group plans to add between 10 and 15 professional sports teams to its portfolio; it currently has several letters of intent in place to acquire more teams in August and September. Soccer, men’s hockey, the National Lacrosse League and the NBA’s G-League are all areas of interest, befitting a company that declares itself “sports agnostic,” according to Yates.

Despite his direct guidance in Top Tier Sports, Leibman says his main priority is still the Texas Rangers. He knows his army of investors well and trusts that Top Tier Sports is indeed a top-tier fund.

“I’ve known Bill for more years than I care to admit, and he’s the best in the business in my opinion,” Leibman said. “And David [Rawlinson] stands eye-to-eye with some of the world’s top business executives. Considering their expertise, combined with the vast amount of success our other partners have had, we’re confident that we’ll be able to make a difference in the world of pro sports.”