For the first time in D CEO’s history, editors have named a woman CEO of the Year. She’s Lori Ryerkerk, who leads Irving-based Celanese Corp., a $6.3 billion global conglomerate. As things currently stand, she is one of just 38 women leading Fortune 500 businesses. (Click here to read our feature story)

But Ryerkerk is getting some company locally, with three other North Texas industrial powerhouses naming women as CEOs in the last year or so. Considering their credentials, it’s easy to see why these power players have risen to the top. 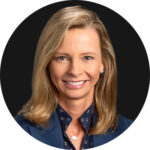 BNSF announced in September 2020 that its executive vice president of operations, Katie Farmer, would become president and CEO of the company on Jan. 1, 2021, making her the first woman in North America to helm a major railway operator. She also will assume leadership of BNSF’s board of directors. Outgoing president and CEO Carl Ice, who’s retiring at the end of the year, will remain on its board. Farmer has been with BNSF for 28 years, joining the company in 1992 as a management trainee. She has held leadership posts in virtually all company major segments, including operations, marketing, finance, and consumer products. Part of Warren Buffett’s Berkshire Hathaway family and based in Fort Worth, BNSF operates about 32,500 miles of track and has about 36,000 employees. 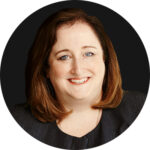 It has been a little more than a year since Martina McIsaac was tapped to oversee North American operations for Hilti, a multinational manufacturer of tools and other products and services for the construction industry. She joined the company in 2014 and previously ran things in Canada. She joined the company in 2013 and quickly made her way up the corporate ladder. Before joining Hilti, McIsaac was a global executive for Avery Dennison, working in South America for seven years for the adhesive materials giant. In 2008, she stepped away from her post as head of its polymers division to focus on motherhood. That experience came into play this year when she helped lead a Hilti initiative to support parents with school-aged children during the pandemic. Founded in 1941 in Liechtenstein, Hilti employs about 30,000 people around the world. (For more on McIsaac, see D CEO’s feature in the October issue.) 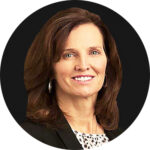 Founded in Dallas in 1933, Trinity Industries is a multibillion-dollar company heavily involved in the railcar business, highway products, and logistics. In February 2020,  it named E. Jean Savage its new CEO and president. Savage, who had served on Trinity’s board since November 2018, brought significant leadership experience in the industrial, engineering, and rail transportation sectors. She was a longtime executive with Caterpillar, most recently leading its surface mining and technology division. She also was responsible for the company’s sales and marketing and technology groups and previously served as chief technology officer and vice president of Caterpillar’s innovation and technology development division. She joined the company’s Progress Rail Services subsidiary in 2002. Before that, she held various posts at Parker Hannifin Corp. and spent nine years as an Intelligence Officer for the U.S. Army.