Larry A. Miller has been promoted to chairman and CEO of North Dallas Bank & Trust Co. He currently serves as president of the bank and will take the helm in April.

Barksdale brings more than 20 years of experience as a public affairs professional working with municipal, state, and federal governments. He recently served as executive vice president of government relations at the Davis Advocates, where he led advocacy efforts focused on business-related policy issues, including economic development, transportation, and natural resources.

Before joining the Davis Advocates, Barksdale led the Dallas Regional Chamber’s public policy efforts for more than nine years and spent more than a decade working for DART, helping to bring the light rail to DFW in the late 1990s. Barksdale is also a former mayor and council member for the City of Waxahachie. 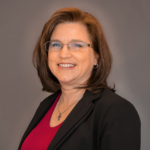 The Dallas office of Whitley Penn has hired Jennifer Johnson as oil and gas industry consulting controller. She has more than 30 years of energy industry experience in both the public and private sectors, previously serving as controller at Cornerstone Petroleum Resources and Braden Exploration and as an assistant controller at Stroud Energy. 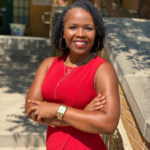 Irish Burch has been named CEO of Dallas Children’s Advocacy Center. She replaces Lynn Davis, who will retire in January after 16 years at the nonprofit’s helm.

Davis helped grow the agency from serving under 1,000 people in 2005 to more than 8,000 people per year. He also helped raise $12 million during the 2008 financial crisis for a new building to be meet the needs of victims of child abuse in Dallas County. The facilities now serve as a model for similar organizations across the globe.

Protective Services before joining Dallas Children’s Advocacy Center in 2003 as a forensic interviewer. She earned several promotions and served as chief partner relations officer when she left in 2017 to become senior director of strategic initiatives at the Children’s Advocacy Centers of Texas in Austin. Three years later, she joined the executive team at Alliance For Children as director of culture and human resources.

She will take over as CEO at Dallas Children’s Advocacy Center in mid-January.

Title Partners, a Dallas-based title agency serving residential and commercial deals in Texas, has promoted Kathy Donovan to executive vice president of its residential division. She previously managed the firm’s residential team and served as an escrow officer.

Donovan has more than four decades of experience in the industry and specializes in deals involving luxury single-family and condominium projects in Preston Hollow and the Park Cities. In her new role, Donovan, who has been with Title Partners for 21 years, will drive strategic growth and head residential recruitment.

Ruben Martin, owner, and CEO of Plano-based aircraft tech company Martin UAV has been elected chairman of the board of directors of Mercy Ships International, a Texas charity that uses ships to bring hospital care to developing nations. Martin succeeds Myron E. Ullman, who will retire at the start of 2021 after serving for nearly 20 years.

Safford worked at the planning and design engineering firm Kimley-Horn for 15 years as a civil engineer before accepting his new role at Bowman. He will focus on expanding the company’s Dallas footprint.

Before DZS, he was senior vice president of global sales at Airvana, which was acquired by Commscope, and at Cambium Networks. He also served as vice president of sales at DSC/Alcatel (now Nokia) early in his career.  Hilbert will continue to report directly to DZS president and CEO Charlie Vogt.