John Gates has been named CEO over Americas markets at JLL. Based out of the firm’s Dallas office, he previously oversaw U.S. and Canadian operations; this latest promotion also puts Latin America under his direction. 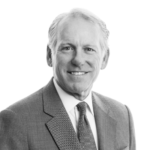 The announcement is considered a final step in the real estate giant’s two-year transformation program.

Gates replaces Greg O’Brien, who will move into a new role as global CEO markets. Anthony Couse will continue to lead the Asia Pacific region, while Andy Poppink will become CEO of EMEA markets.

Poppink, who is relocating to Europe from his present role leading the U.S. West Region, will succeed Guy Grainger, who was announced earlier this week as JLL’s Global Head of Sustainability Services & ESG. Gates, Couse, and Poppink will report to O’Brien. All changes will take effect on Jan. 1, 2021.

“These appointments will complete the transformation program, which we began implementing in January 2019,” said JLL CEO Christian Ulbrich. “Leveraging substantial multiyear investments in our platform and technology, we are further enhancing the seamless global integration of our services and expertise.”

Scott Goldstein will serve as Downtown Dallas, Inc.’s chief of communications and policy at the close of November. 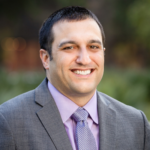 Goldstein will focus on advancing DDI’s voice and position, specifically as each relates to its corporate, business-to-business, economic development, and government relations. Additionally, he will lead all external and internal communications and manage all local, state, and national policy matters.

Goldstein brings more than a decade of experience to his new role. He recently served as senior vice president of communications, marketing, and events for the Dallas Regional Chamber. He also served as top aide, and chief of policy and communications to former Mayor Mike Rawlings worked as a digital content editor for Baylor Scott & White Health, and held a post as a reporter for The Dallas Morning News.

Goldstein earned a bachelor’s degree from the University of Maryland. 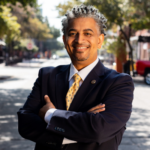 Honoré is a veteran of the United States Coast Guard and Coast Guard Reserves and previously served as a civilian special agent and criminal investigator at The Pentagon Building in Washington D.C. Before moving to Dallas, he also served as deputy director with the D.C. Metropolitan Police Department and as a senior manager for Accenture’s safety and citizen services.

Honoré graduated from Bowie State University and the University of North Florida. He is also a graduate of three law enforcement academies. 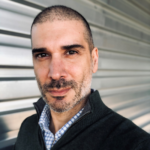 Montiel previously founded a $150 million private equity hedge fund, worked in strategy development for Fortune 500 companies, and served as CEO for The Lemon Tree Trust—a charitable initiative that supports gardening in refugee camps. He began his career in end-of-life care as a vigil volunteer. 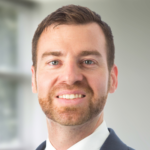 Angelette received his bachelor’s degree from the University of Arkansas and his JD from Saint Louis University. 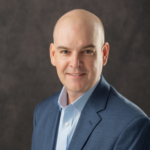 “I am looking forward to bringing a 360-approach to digital transformation for the customer and employee experience to help drive growth and innovation now and into the future,” Evans said.

Evans is a graduate of the University of Kentucky and has several professional certifications, including CPA and Cornell Project Leadership, Certified in the Governance of Enterprise IT, and a Management and Leadership Executive Certificate from MIT Sloan.