Randall Ebner has announced his retirement from serving as vice president and general counsel for Exxon Mobil Corp., effective Nov. 1. The board of directors has elected its current Deputy General Counsel Craig Morford to replace Ebner in both roles.

Ebner joined Exxon Company, USA Law Department in May 1980 in New Orleans, and later became coordinator of Upstream litigation in Houston in 1998. He was named chief attorney of ExxonMobil Chemical Company in 2000 and chief attorney of ExxonMobil Gas & Power Marketing Company in 2003. He was named assistant general counsel in 2009, and the board elected him as general counsel and vice president in 2016.

Morford previously spent 20 years with the United States Department of Justice. In 2007, he was appointed as acting deputy attorney general by former President George W. Bush. Morford then joined ExxonMobil in 2019 as deputy general counsel.

Joli Robinson joins Dallas Area Habitat for Humanity as vice president of government affairs and public policy. As VP, she will supervise public policy, advise on affordable housing, lead advocacy efforts, and serve as a liaison and spokesperson within the community. 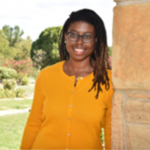 Robinson, a vocal advocate for racial equity, will work within the communities. She previously served as the first Black woman to head community relations of the Dallas Police Department. She was the director of community affairs and youth outreach for nearly eight years.

Dallas Habitat CEO, Dave Crawford emphasizes her “immense policy experience working with the Dallas Police Department and her active commitment to creating a more diverse and equitable Dallas through her work with Dallas Truth, Racial Healing, and Transformation,” as reasons she is right for this role.

Robinson graduated from Dallas Baptist University with a bachelor’s degree in sociology and communication and a master’s degree in communications. She is currently pursuing a Doctor of Education in organizational change and leadership at the University of Southern California. 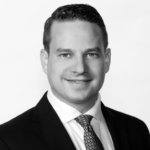 In his role, Carriero will be responsible for overseeing a portfolio of project leasing assignments and procuring new landlord and tenant clients. His focus will be servicing DuWests’ existing landlord clients and selectively representing retailers and medical users while reinforcing DuWest’s presence as a dynamic results-oriented project brokerage firm.

Carriero was previously a VP of leasing with JLL in its third-party national mall and open-air platform. Before that, a partner at Tricom/MGHerring. He was also with Cypress Equities and GGP (now Brookfield Retail) earlier in his career.

Augustine Agency hires Barbara D’Amato, who will serve as a board advisor to the agency. D’Amato will focus on the agency’s global growth strategies as well as acquiring private equity accounts. As the agency looks to grow beyond Texas, she will specialize her efforts in technology. 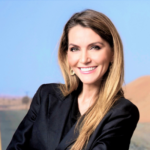 D’Amato comes to Augustine with more than 30 years of commercial and investment banking experience in various industries. Her leadership roles include positions at multi-billion-dollar multinational banks such as BNP Paribas US and Global Banking, Comerica Bank, and Bank of America’s Global Capital Markets.

OneDay has promoted Kelsey Rea to the director of people and culture at the video app company. Rea, who previously served as an executive assistant, will now be responsible for HR, culture, talent acquisition, onboarding, learning and development, and compensation and benefits. 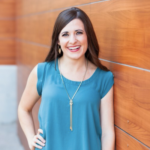 Rea will lead several employee initiatives such as New Digs, which aims to combat work-from-home burnout by letting employees and their families work from an Airbnb in the location of their choosing, and Random Coffee, which connects employees across the company through random Zoom pairings.

Going forward, Rea intends to continue to grow OneDay’s culture, guide their diversity, equity, and inclusion efforts, create a learning and development program, and start a program to give back to the Dallas community.

Imaginuity has promoted Kristin Nuckols to serve as its first chief media officer. After four years of “bringing best-in-class media planning and buying capabilities for both traditional and digital media under one roof,” Nuckols will continue to be the driving force behind the unrivaled department. 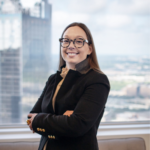 Before joining Imaginuity at Calise Partners, she held various senior roles with iProspect, Ansira, Moroch, and Ackerman McQueen. Nuckols has also been recognized with two distinct industry awards, including the “Norm Campbell Rookie of the Year” and “Media Planner of the Year.”

Fermata Energy brings Brian Zelis in as its national sales director and will lead its efforts to integrate V2X technology and software to utilities, universities, municipalities, and fleet owners throughout North America.

In addition to having more than 25 years of sales management experience in the automotive and real estate industry, “Brian brings a depth of experience in EV adoption to help Fermata Energy expand its system and help combat climate change, increase energy resilience and reduce energy costs,” said David Slutzky, president and CEO of Fermata Energy. 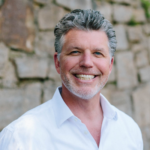 HudsonLake and Hudson Studio have merged and promoted communication professionals Kim Cerda to chief human resources officer and Quinton Crenshaw to chief marketing officer at its Dallas base. 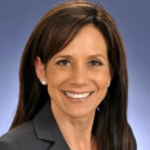 Crenshaw will focus on growing business through internal and external marketing strategies and providing senior communications counsel to clients in his new role. 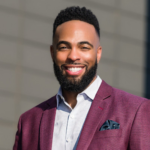 Cerda earned her MBA at California State University, Long Beach, and her BBA from Pepperdine University.

Crenshaw received a bachelor’s degree in communications from Southern Methodist University and continued his education at the University of North Texas.

Susan Simmons joins Agents National Title Insurance as its new Southwest agency operations manager. In addition to supporting the agency’s underwriters and sales associates in Texas, Oklahoma, New Mexico, and Arkansas, Simmons will be contributing to projects at the national level as a part of her role. 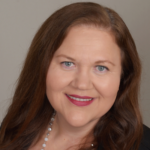 Mark Batis, Texas agency manager at ANTIC, recognizes Simmons’ wealth of experience as “she has worked at all levels of the title industry, from local independent agencies to large national and international underwriters.”

Simmons has also spent nearly 20 years as director of operations, policy and recording manager, escrow officer, and asset manager and gaining experience in the lending industry. She received a bachelor’s degree from the University of Texas at Dallas and a management certificate from Southern Methodist University.