The hospitality industry has been among those hardest hit by the coronavirus pandemic. The downturn in travel severely reduced occupancy rates, all while hotel operators added to their expenses with protective measures, extra cleaning, and shifted operations. Despite this, Motel 6 CEO Rob Palleschi remains hopeful about the outlook for the company he leads. 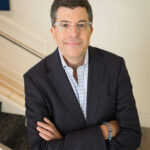 As the pandemic set in, Palleschi says the company’s slogan “We’ll leave the light on for you” became more than just a platitude, but a fundamental goal for the company. Its focus was on keeping as many of the properties open to serve guests and keep employees working, “showing that we’re standing shoulder to shoulder with them during this crisis,” he says.

In the end, just 50 of Motel 6’s 1400 nationwide properties closed, most of which were forced to do so by the government, to reduce the spread in hard-hit regions around the country. Some were tourist destinations that were likely to become crowded; others were due to predicted cases in the area.

The company took steps to emphasize social distancing for those that remained open, capping occupancy at 50 percent. Plexiglass screens at the front desk, personal protective equipment, and enhanced safety and cleaning protocols were all adjustments the company quickly put in place as the pandemic took hold.

Motel 6 found that its economically priced model was better suited for a pandemic than many others in the industry. Most of its locations include typical motel entrances to the outside, which usually means no time in elevators, crowded lobbies, or other areas where the virus is more apt to spread. The motels also tends to get bookings from essential workers, from truck drivers to construction workers and military members.

There has also been an uptick in the number of investors looking to move into the economy lodging market. Providing service to domestic travelers and essential workers creates a solid profit margin during the pandemic, making it attractive to potential franchise owners. This year alone, Motel 6 has opened 70 hotels; it expects to open another 40 by the end of the year. “I think the smaller the property, with fewer touch points and fewer opportunities to interact with others, is appreciated today more than ever,” Palleschi says.

Precautions taken by Motel 6 were especially useful when local and state governments began to contract with the providers to house vulnerable populations. The agreements provided individual lodging for military veterans, senior citizens, and others that had been housed in group communities. For empty motels, Palleschi says the arrangement was a no-brainer. “They did not want large numbers of people being in close proximity, so it’s worked out great for both sides,” he says.

Looking ahead, the CEO believes the enhanced cleaning protocols are here to stay, along with the availability of hand sanitizer and the plexiglass barriers. He also is optimistic about the future performance of Motel 6. Despite the pandemic, average occupancy at Motel 6 hovered in the mid-60s, lower than typical during the summer but still higher than many competitors. With families heading back to school, Palleschi foresees a lull in travel through the end of the year.

Because of the lower occupancy and higher costs, financing has been a struggle. Navigating loans and debt challenge Motel 6 like many other real estate owners these days. Adaptation is essential, Palleschi says. “We kind of brush ourselves off, and we look to the future,” he says. “This is the new normal; this is a new way to behave. How do we adapt? How do we react? How do we support our guests with a new experience giving them confidence? How do we support our team members, providing them with work? People in this country still want to travel; they still want to explore. They’re just going to do it differently.”