For more than two decades, Junior Achievement of Dallas has honored local businesses and civic leaders who inspire greatness in the next generation by inducting them into its Dallas Business Hall of Fame. Now in its 23rd year, past laureates include Ebby Halliday, Norman Brinker, T. Boone Pickens, Craig Hall, and Kelcy L. Warren. 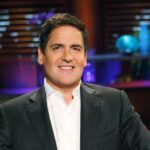 Cuban, who recently was honored by D CEO as its 2020 Community Hero, is lauded for his longstanding commitment to the Dallas community through personal and business philanthropic efforts through The Mark Cuban Foundation and Mavs Foundation. He also saved and annually funds the annual Dallas Saint Patrick’s Day Parade, the largest parade in Dallas and a city institution. 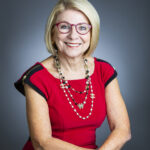 Freeman runs a group of specialized companies whose services include staffing, search, outsourcing, project management, and consulting. She also is one of the founders of the Texas Women Ventures Fund, which was the first fund of its kind in Texas to make investments in women-owned companies. Freeman has an impressive list of accolades behind her, including the Athena Award from the Dallas Regional Chamber, Greater Dallas Business Ethics Award, and the Woman of Distinction Award from the Girl Scouts. She also received the Community Hero Award from Tech Titans and the Lifetime Achievement Award from the Alliance of Technology and Women. 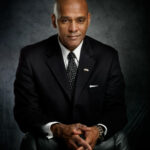 Parish, who purchased his first McDonald’s in the Pleasant Grove area in 1989, today runs 27 McDonald’s in North Texas that consistently makes Black Enterprise Magazine’s BE 100 as one of the Top 100 Black-Owned Businesses in the U.S. Parrish is highly committed to giving back to the community, especially causes that support the education and welfare of youth. The second-largest investor in the reimagined Red Bird Project, Parrish’s philanthropic efforts include a $2 million leadership gift to Purdue’s Management and Economics Library renovation project, which was renamed the Roland G. Parrish Library of Management and Economics, and a global gift that led to the building of the Rev. John and Marie Parrish Medical Clinic in Fort Portal, Uganda. The clinic, which opened in May 2016, serves 6,000 orphans per year and is named in memory of his parents.

“This year’s honorees are successful entrepreneurs, which remains one of our core educational pillars,” says Jan Murfield, president of Junior Achievement Dallas. “Their experience, leadership, and generosity have helped pave the way for young people who are the future business leaders of tomorrow. Their journey to success can inspire us all, and we are excited to honor them at our event this February.”

The process to be inducted into the Junior Achievement’s Dallas Business Hall of Fame starts with a public call for nominations that the Laureate Selection Committee uses to select inductees. To be considered, an individual must demonstrate a compelling record of business and community leadership; successful business achievements; personal integrity and innovation within his or her industry; a proven record of mentoring today’s youth with a focus on valuing and using the free enterprise system to improve the world around them, according to the JA website.

The event, which is in the process of moving toward a virtual or hybrid affair, will take place on Feb. 27, 2021. Billingsley Co. Partner—and 2008 inductee—Lucy Billingsley is the 2021 event chair. Individual tickets start at $650 and are available online.