Danyel Surrency Jones launched her weighted athletic glove company, POWERHANDZ, with her husband in 2014. Its products are now sold in 86 countries around the world, and it has partnerships with large retail and sporting goods retailers, including Walmart, Amazon, Target, and Academy Sports and Outdoors. Still, Surrency Jones says she rarely sees other Black women in boardrooms, and she goes into meetings knowing she will have to prove herself.

What have been your experiences as a Black woman CEO?

“I will never forget the time I walked into a big strategy meeting when I was seven months pregnant. One of the gentlemen, as soon as I walked in, said, ‘Whoa! I can’t believe that you are attending this meeting! Shouldn’t you be home, about ready to have this baby?’ Of course, I laughed, because he didn’t even understand what he was saying, and he was trying to come from a thoughtful place. 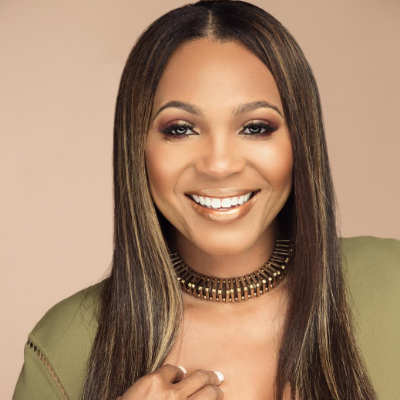 “Psychological things that are statistically written that go through employers’ minds once people have children are very similar to what you get being a Black woman when you walk into a board room … there are things that you have to prove before you walk in. When your other counterparts walk in the room, they’re offered coffee. When you walk in the room, there are things that you have to prove, then you are offered coffee, but while you are getting the coffee, you know people are thinking, ‘Who is she? Where does she come from? What is her credibility to get in this room?’

“For me, I have been dealing with this, for now, 30 years, so shame on me if I am not equipped to deal with it. At this point, you become comfortable dealing with the uncomfortable, and that is exactly where I am at.

“It has really developed my character. I am stronger because of it. I understand my strengths. I would not have been able to be an entrepreneur if I had not been tested in some of these racially challenging areas, or these discriminatory areas, or these gray areas that I don’t even know if they were either. I know it was uncomfortable.

How do you juggle the responsibilities of being a CEO and being a mom?

“It has been really difficult the last three months. One thing I had to tell myself is, ‘It’s OK to admit that I am not OK.’ I have been a proponent—and I am not shy to talk about this—when we talk about the whole racial injustice, and it seems like we are pointing the finger at every other race, well, the Black race, there’s a lot of things that we need to fix, too. And one of the things is talking about mental health and going to see counselors when you need to.

“It used to be that parents would say, ‘You don’t discuss house business.’ That was the phrase growing up. I have been very vocal with women and have shared my therapist’s number to say it is so important during this time of COVID when we are juggling so much as moms when our kids don’t understand what is going on. We are taking so much on as women and CEOs that we talk to someone about the pressure and the overload.”

What advice do you have for business leaders on tackling the issue of racial inequities?

“My advice to them would be, don’t do it for the trend. Do it when you are ready to make a difference and an impact, to change people’s souls. I am tired of seeing so many people jump on this bandwagon about Black Lives Matter, about just everything surrounding social injustice—George Floyd, Breonna Taylor—just because they feel pressured to do it.

“Pause. Don’t feel pressured. Take a pause, go sit by the lake, dig deep within yourself. Understand what the right words that you need to figure out to have a way of having a conversation are. Dig deep, set yourself aside, and think about what you need to do as a leader to touch people’s souls to make them want to change and make a difference.

“If that doesn’t move you, think about your kids, or think about someone who is like your kids. Figure out what will move you enough to help you want to make a difference and have that conversation. If you have to visually replace George Floyd with your son, or your daughter, or your nephew for you to feel something and move, then do that. Feel it, Pause, and then plan, and then feel it, and then speak to your team.”