As the threat of COVID-19 began to spread across North Texas, Dallas Mavericks owner Mark Cuban stepped up as a prominent hero for those on the front line—compensating stadium personnel and others who were unable to work and joining his NBA team and its foundation to offer hands-on help throughout the community. As Black Lives Matters protests formed in Dallas and across the globe, Cuban didn’t hesitate to use his influence to stand up against systemic racism. His words have resonated—and provided an example for other business leaders, too.

“We have a pandemic that has raised the anxiety level of every human in this country and a social movement that is looking to break a chain of systemic racism and propel this country to a better future,” Cuban tells D CEO about his motivation to speak out. “Because I have a platform and because I’m not beholden to a party, a company, or anyone but my love for this country, my family, and my conscious, I realized I had the opportunity and obligation to speak out and share my experience. So, I did.”

D CEO honored Cuban as its Community Hero this past week at its Nonprofit and Corporate Citizenship Awards virtual ceremony. The annual awards event received more than 500 nominations in categories ranging from innovative collaboration to corporate social responsibility. In the end, editors selected more than 90 finalists for recognition.

“Not only did the Mavericks and its foundation provide millions in supplies, food, and other support, Mark personally emerged as a leading voice, paving the way for other executives and professional sports team owners to get involved,” said D CEO Editor Christine Perez.

Cuban’s philanthropy and the wide-reaching involvement by the Mavs Foundation are just two examples of local leaders point to when singling Cuban for recognition.

“No one is more deserving of this honor,” UT Southwestern President Daniel Podolsky said during the awards program. “You and the Mavs are champions, not just on the court but throughout our community.

“Your generosity and your actions show that you and the Mavs are leaders among giants, and you’re part of what makes Dallas great.”

“When COVID-19 spread to Dallas, you responded immediately with Luka [Dončić], Dwight [Powell], and the entire Mavs organization by giving generously. You ensured UT Southwestern healthcare workers had access to childcare coverage so they could be on the frontlines caring for Dallas residents. You’ve gone the extra mile to nourish our staff with meals during the pandemics’ most challenging moments, and you continue to cheer UT Southwestern on with your messages of support seen by millions across the community. Your generosity and your actions show that you and the Mavs are leaders among giants, and you’re part of what makes Dallas great.”

Cuban, who has come a long way since moving to Dallas in 1982 and working for a Greenville Avenue bar called Elan, says his love for the community stems from “the energy, the spirit, the heart, and the can-do optimism—It’s like anyone in Dallas can do anything if we only prepare them and give them a chance,” he told D CEO. “That’s why I love Dallas so much. It gave all those things to me. Hopefully, I can repay it.”

Cuban purchased the Dallas Mavericks in 2000 and said within a year he realized it was different than any other business he’d ever been involved with. 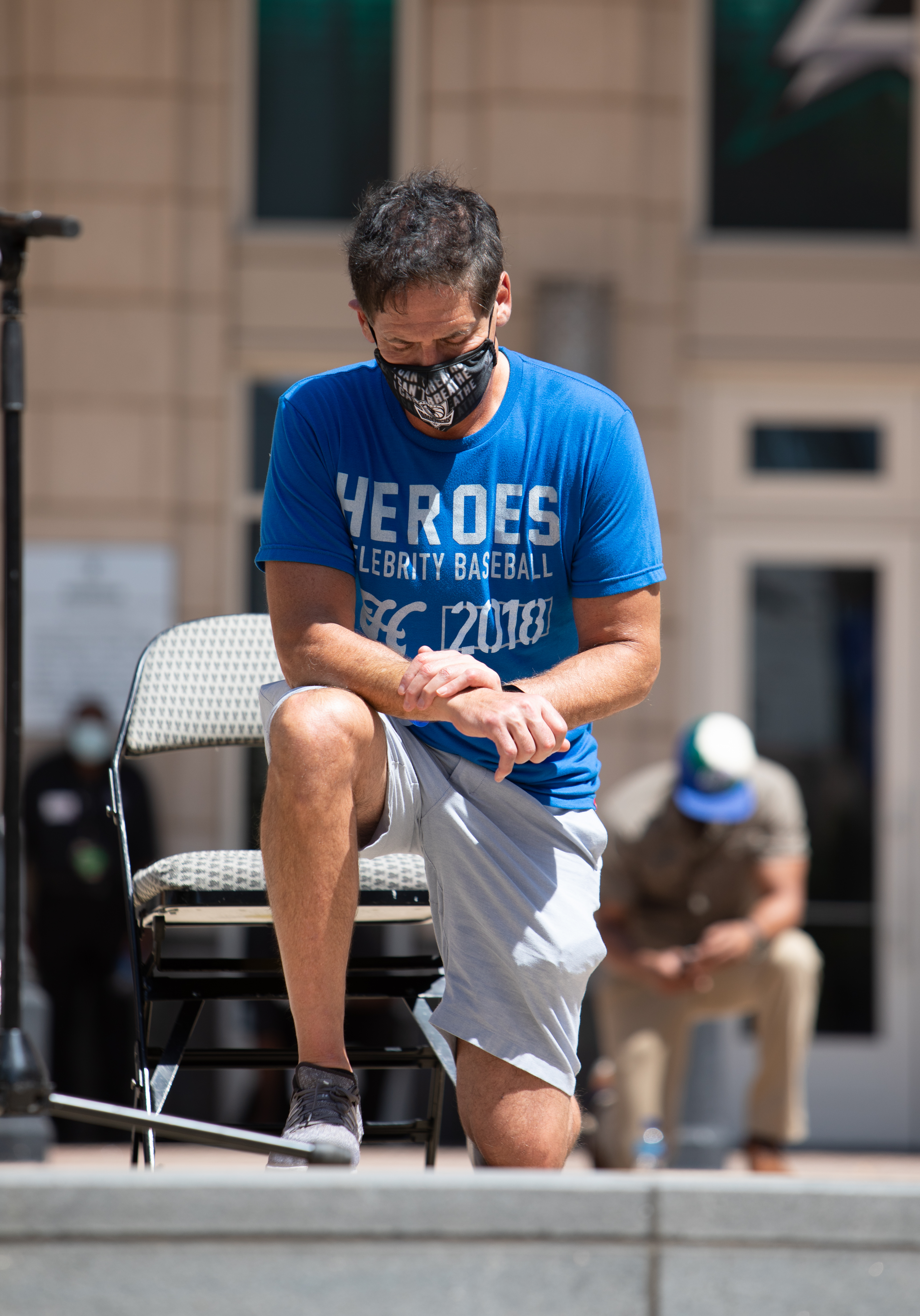 “I saw bereaved parents ask to bury their child in a Mavs uniform. Sick and dying children who made a wish to meet their NBA heroes. What it was like to win and lose a championship and feel the pain of losing and the joy of winning that all of North Texas and Mavs fans around the world shared,” he said. “I may be responsible for the finances of the Mavs, but it’s Mavs fans everywhere that truly own the Mavs. They are our community, heart, and backbone, and when they hurt, we hurt.

“With a ton of guidance and brilliance from Cynt and her team, we all wanted to find ways to help. We know we can never do enough, but we also know that as much as the community has given to us because they were hurting, we had to help them.”

As part of the 2020 Nonprofit and Corporate Citizenship awards, D CEO also recognized the Dallas Mavericks for its corporate social responsibility.

The NBA team and its foundation set the standard for corporate responsibility in 2020. As of midyear, it had donated more than $1.9 million in food, hand sanitizer, personal protective gear, and funding to hospitals, nonprofits, and first responders. It also was the first to provide salaries to game night event staff after play was suspended.

“We don’t always play the game of basketball, but we’re always playing the game of life,” said CEO Cynt Marshall. “It’s important to step up and be leaders and use our platform to bring people together.”

Click here to read about the other Dallas businesses and nonprofits leading the way.