When Lori Ryerkerk moved to Houston to take a corporate job, she was told that women wore skirts to work—and under no circumstance should she wear pants.  But one day she did. That was in 1992.

Nearly three decades later, Ryerkerk is one of 33 women in the Fortune 500. 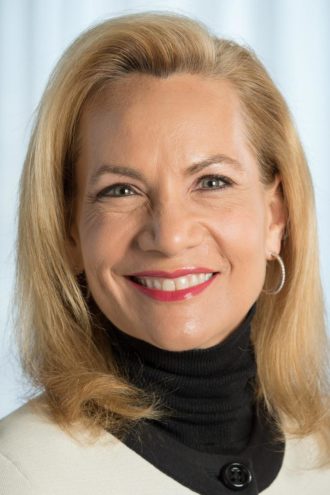 The Celanese CEO recently shared her story at a Social Venture Partners web series titled “Breaking Barriers: Women in Corporate Leadership.” Ryerkerk spoke about the drivers that helped her navigate her way through ExxonMobil, Royal Dutch Shell, and Hess Corporation, the barriers she broke down along the way

The key to her success, she says, was her willingness to step out of her comfort zone amidst a male-dominated industry.

“Career development should be like a muscle; you have to stretch it, you have to tear it a little bit because if you don’t do that, you will never get stronger,” she said.

Ryerkerk grew up in Iowa, attended public school, and went to the local university, Iowa State.

With a chemical-engineering degree from Iowa State University, Ryerkerk took her first job at Exxon as a chemical engineer at an oil refinery in Baton Rouge, Louisiana. She was the only female hire that year.

“I didn’t fit anybody’s expectations of an engineer at a heavy industrial site,” she said. “You can imagine when I started, I heard it all. ‘You’re taking a man’s job. You should stay home and have babies. You can’t be a leader. You need to find a technical career. Women can’t do this work.’ You name it, I heard it.

“But fortunately, I grew up with three older brothers. There was very little you could say or do to offend me. Early on, I learned a really important life lesson: I can’t control what other people think or say, but I can control how I respond.

“I ignored their remarks and just worked hard to prove over and over that I was a good engineer. Fortunately, Exxon was a great company, and it really valued people’s contributions over everything else and continued to progress me through a series of jobs where I gained technical, commercial, and leadership experience.”

Over the years, Ryerkerk tapped into several leadership and technical roles—from running chemical and refinery plants to running public and global affairs for the company.

She wanted to run a business, though, so she left the company when she realized there was nothing left for women but supporting and functioning roles.  After working at a Hess—a smaller corporation—for two years, she was ready for something bigger. That’s when she went global with Royal Dutch Shell, managing more than 30,000 people as first the regional vice president and later the executive vice president in global manufacturing.

“There wasn’t a day when we had a disaster or destruction,” Ryerkerk said.

Typhoons, pirates hijacking ships, hurricanes, and supply shutdowns were all part of the job. She quickly learned how to focus on the critical—and the not so critical.

Looking back at her career, Ryerkerk said three lessons continue to stick out; all have to do with preconceived notions.

The first was when a female peer told her that the dress code was always a dress for women—and heels.

“But after a few months, I got tired of it,” she said. “And I wore pants one day. It was a professional pantsuit with heels. Sure enough, the first person I ran into was my female friend, and she was aghast. She said, ‘you’re wearing pants!’ And I said, ‘I know!” And guess what, no one else even noticed the whole day.”

The next two lessons had to do with being a mother.

“Fast forward a year or so and I’m in a meeting with the most senior boss in my building, the person who was running all of the refining for Exxon, and the meeting got pushed back to late in the day, about 6 p.m. I had to go pick up my daughter from daycare, and I did what any good mother would do. I picked her up, I got a Happy Meal from McDonald’s, and I deposited her in my husband’s office, which happened to be right across the hall from the conference room. He was also on a late call and she was a quiet child, so I figured it was going to be fine. I went to my meeting. Ten or 15 minutes later, my daughter, Kate, walks into the room, french fries in hand and heads straight for the boss, and says to him, ‘Do you want a french fry?’ I really thought I would die. I was sure I would be fired. I had worked very hard all these years never to make the fact that I had a child be an issue at work. But my boss very calmly smiled, took a french fry, and said, ‘thank you. I would love a fry.’ Kate left. The meeting went on. And from that day forward, my boss inquired about her regularly. And I didn’t get fired.”

“Six years later, I’m working in the Dallas headquarters building. My daughter, who is nine at the time, came to work with me to hang out for a few hours. She decides to bring with her a big bag of coins she’s been collecting and so she could put them all into paper wrappers and take them to the bank. We get off the elevator and we walk through the very quiet, very large, and cavernous lobby of the Exxon building and her bag breaks. The thousands of coins go everywhere and hit the floor making lots of noise, rolling off in every direction. The security guard looked like he was going to die. Nothing that loud had ever happened in that building. Sure enough, right behind me was the executive assistant for the CEO, Diane. She stopped as we were scrambling to pick up the coins, and asked if everything was alright. I assured her it was. Introduced her to my daughter. And she went on. This time, I was really sure my career was over. We went to my office and an hour later Diane came in, and I thought, ‘that’s it. I’m being fired.’ She came into my office and asked me, ‘is Kate busy?’ and I said, ‘No.’ I’m thinking, she’s nine, how busy can she be. Diane said, ‘I thought she might want to come to the management suite and see the board room and Lee’s office.’ Again, I’m thinking to myself, ‘I’d like to do that. I’ve never been in his office.’ Kate went, she had a great time, she got to explore all the drawers in the board room, she sat in Lee’s chair, and I stayed employed.

“I know these sound like really trivial stories, but it was a really good continuing lesson for me,” Ryerkerk said. “What I learned is many of the things I believe would be detrimental to my career or barriers were simply in my head. They were not in anybody else’s head. To move ahead, I had to let some of those beliefs go and embrace my whole self and a willingness to test the whole system.

“Now, I’m not saying there are no real barriers. There absolutely are real barriers. But I believe the key to my success and what was a completely male-dominated industry at the time was a willingness to get out of my comfort zone, to challenge myself, and constantly learn to stand up for what I believed in.”

You can watch the whole video here.