Dallas Forward is an initiative launched by the Dallas Economic Recovery Task Force—created at the request of Mayor Johnson—following the COVID-19 pandemic. The effort is primarily going to offer resources for small and medium businesses, which make up 50 percent of the local economy, by donating Personal Protective Equipment (PPE), grants, and loans through the Revive Dallas Fund. The plan also includes personalized assistance and mentorship provided through donations from some of the largest businesses in Dallas. 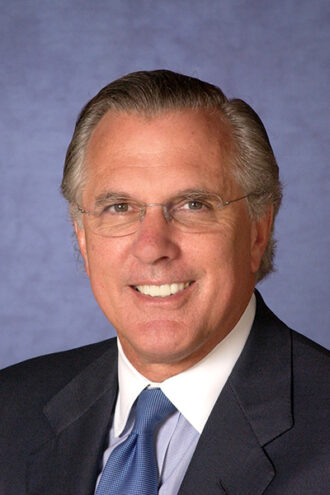 “For the SMB (small-medium businesses) sector to rebound and then prosper after the COVID-19 setback, advice and financial help is urgently required,” said Fisher. “More than 70 percent of at-risk SMB jobs in Dallas are held by people of color. We must ensure a future for our city where diverse people benefit from our strong economy.”

“Those that have the most should do the most,” Perpall said. “I just want to welcome you all under this tent as we try to build a Dallas that works for everyone. 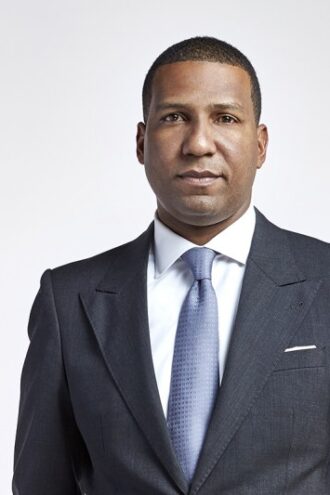 Fred Perpall, CEO of The Beck Group and Chairman of the Dallas Citizens Council.

“Dallas’ business community has personified equity with the largest companies playing an integral role in investing in the future of SMBs,” Perpall continued. “As we emerge from this health crisis, we want to re-double our efforts and resources to help as many companies not only survive but thrive. The cornerstone of our work is to make sure we are part of building a future Dallas where all our citizens have the opportunity to prosper.”

As part of the initiative, Dallas Forward is building partnerships and championing existing resources within the community. Those efforts include support of the Revive Dallas Small Business Relief Fund – a collaboration with The Dallas Entrepreneur Network (The DEC Network), Communities Foundation of Texas, and the LiftFund–and partnering with Dallas College and Dallas Builds, which recently launched to provide mentoring resources to small business leaders.

“Small and medium-sized businesses have been especially hit hard by this pandemic,” said Carillo, who has been noted as the poster child for procuring PPE and making its protocols available for Dallas businesses. “Dallas Forward provides much-needed workplace resources and financial relief to the SMBs that substantially contribute to our local economy.

Fisher, who serves on PepsiCo’s Board of Directors, said Dallas small and medium businesses will benefit from the food and beverage company’s promise to provide $50 million for Black-owned companies nationwide.

In addition to the immediate focus on SMBs, Dallas Forward aims to restore the public’s confidence to participate in the economy. When urgent needs have been met, the coalition envisions a future return to growth for the region through infrastructure investments like shovel-ready projects and education to create jobs and attract businesses.

“We have the talent, the resilience, the economic diversity, the collective spirit, and the small and medium-sized businesses to emerge from this stronger than ever,” Johnson said. “Now, thanks to this task force, we have the beginnings of a roadmap for the journey ahead. Together, we will move Dallas forward.”