An event that drew nearly 180,000 people last year and was expected to attract a similar crowd next month will no longer be held at Fair Park, due to the coronavirus crisis. Launched in 2011 by environmentalist and business leader Trammell S. Crow, EarthX has become the world’s largest environmental expo, conference, and film festival.

Although EarthX’s Expo is cancelled for 2020, many conferences will still be presented virtually during the event’s original timeframe, April 23-27, and into May. Additionally, a planned celebration to mark the 50th anniversary of Earth Day, held in partnership with the National Geographic Society, will be streamed live on April 22. 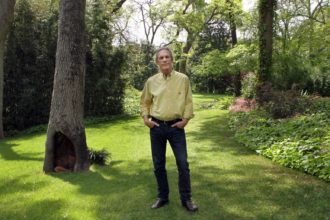 Select films that were to be shown as part of the EarthXFilm Festival will be presented virtually, with others being put off until a live version of the event can be held this fall. The world premiere of The Way of the Rain—Hope for the Earth—also has been delayed until later in the year.

Other EarthX events postponed until the fall: EarthXGlobal Gala, EarthxEnergy’s Responsible Energy Acquisition conference, the EarthxLaw conference, and the world premiere of The Way of the Rain—Hope for the Earth.

The program’s mission to connect, collaborate, and celebrate remains relevant, said Tony Keane, EarthX CEO. “This global situation is a great example of how small and interconnected we are to each other and the planet,” he said.

The decision to go virtual was made due to public health concerns and in compliance with local, state, and federal health agencies.

The coronavirus crisis “has been a testament to our strength in collectively spreading awareness and seeking solutions in the face of adversity,” Crow said in a statement. “We are all in this together.”