No worries about getting stuck in one of those dreaded middle seats on the high-speed train connecting Dallas and Houston. Texas Central has released details about seating configurations on its planned trains, and the cars feature either two-seat doubles or a double and a single.  (See renderings below.)

Dallas-based Texas Central is customizing Central Japan Railway’s Shinkansen N700S, making its debut this year. The company says the layout will provide travelers with an extra foot of legroom when compared to flying coach. Here are more details:

Interior features onboard the train cars include:

First-class comfort, with even more space:

Additionally, Texas Central says all seats will recline and are “optimized to offer the best recline without disturbing the passenger in the rear.” That should prevent another one of those polarizing Twitter wars.

The company recently inked a preconstruction contract with a Kiewit Corp. subsidiary. The high-speed rail is projected to generate $36 billion in economic benefits statewide over the next 25 years, creating 10,000 direct jobs per year during peak construction and 1,500 permanent jobs when fully operational. 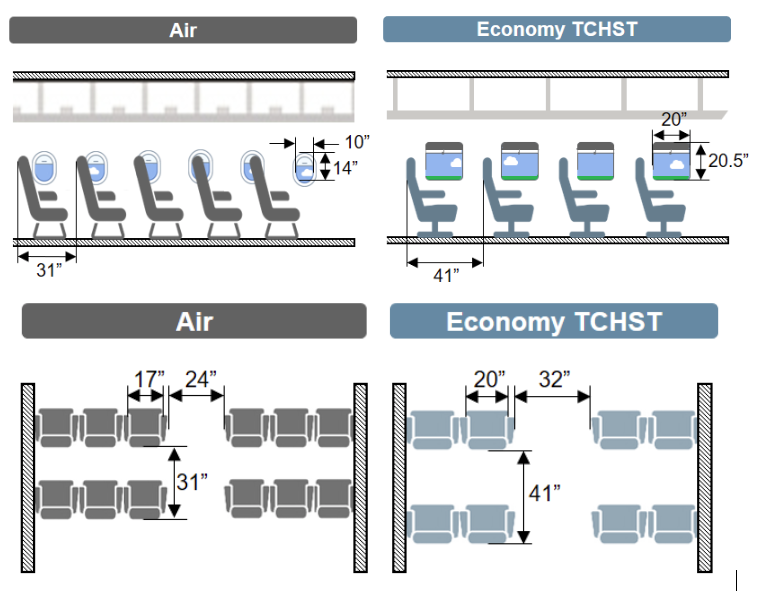 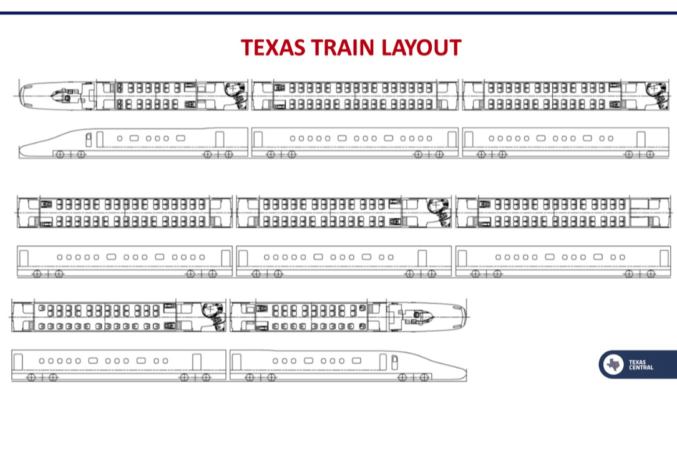 The train’s eight cars will include two classes of seating.
Tags: