A recapitalization of one of the largest franchisees for Orangetheory Fitness may mean 60 new studios are heading to Dallas-Fort Worth.

Private equity firm The Halifax Group recently completed an investment to recapitalize Frisco-based Maverick Fitness Holdings, which already boasts 31 Orangetheory studios in the region. Terms of the deal were not disclosed, other than to say that Maverick’s CEO Shane Adams and his management team will remain with the company after the transaction. 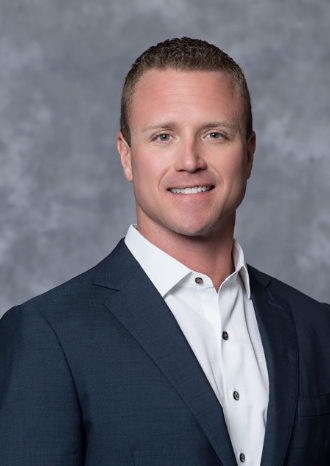 “As consumers continue to focus on healthier living, there is a growing need in the market for strong fitness brands with custom offerings like Orangetheory Fitness,” Halifax Managing Director David Bard said in a news release. “In Maverick, Shane and his team have built a leading platform with the Orangetheory Fitness brand, and we look forward to partnering with them to provide financial and operational resources.”

Adams told D CEO that the recapitalization would allow Maverick Fitness the opportunity to grow at a new, energized pace. He holds fast to the idea that the market–mainly in urban neighborhoods–can sustain 60 new studios and pose no risk to cannibalize existing locations.

“DFW is an amazing marketplace for boutique-style fitness,” he said. “As the Orangetheory method hits its stride and reaches a wider audience, our vision is to offer customers a place where they can confidently accomplish their fitness goals while changing their health for the better.”

For those unfamiliar, the Orangetheory workout involves a high-intensity exercise while monitoring one’s heart rate (which displays on a large board in the studio. The buzzy fitness brand–headquartered in Florida–typically uses treadmills, weights, and rowing machines during its workouts.

The brand itself has shown an annualized growth rate of 76 percent and exceeded $1 billion in 2018 system-wide sales. The company is aiming to operate 2,500 studios with 2.5 million by 2024 globally, Orangetheory co-founder and CEO Dave Long said.

Adams, who previously was director of operations for both commercial and residential construction companies in Dallas, said he was attracted to the brand because it makes a positive impact on society. “Our entire team bleeds orange, and we all have a sincere interest in making the world around us a healthier place,” he said. “It’s hard to describe, but our members really buy into the brand and what it stands for–more life.”

Currently, Maverick Fitness hosts 23,000 members in its Dallas-Fort Worth gyms, which spread from Allen to Victory Park.

The company brought its first Orangetheory to Plano in 2013 and opened its second location about six months later in Frisco.

“From that point forward, we averaged about six to seven locations a year across DFW,” Adams said. “Growing the brand and, more importantly, brand recognition was no easy task. We invested heavily in marketing specifically to brand the business. Grassroots marketing, event coordination, and social media helped us grow roots in DFW and is still a large part of how we generate opportunity.”