It’s been a year since a couple of Dallasites left their respective jobs and in two rounds of funding raised $14.5 million in an attempt to disrupt the ridesharing industry.

Friends Will Coleman and Alex Halbardier launched Alto in pockets of Dallas in October 2018 with 10 cars and the hope to appeal to a market share that was concerned with basic standards like safety and consistency. Priced slightly higher than competitors Uber and Lyft, and now with 60 cars on the road and 6,000 subscribed members, the company reports that for the first time, they broke even.

I recently sat down with the team for lunch at Jalisco Norte, and as we munched on chips and guacamole (and to be honest tres leches cake), we talked lessons learned, future growth, and whether or not they felt they had disrupted the industry.

You just broke even for the first time, we’ve seen Uber report some bad numbers; how does a company survive in this space? 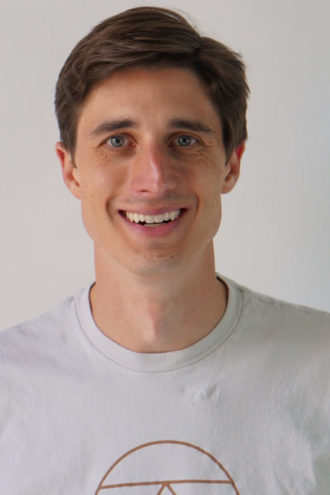 Coleman: The thing with this industry is that it is a luxury good. If you step back from it for a second, being driven around by another human being is a pretty high-end experience. The reality is that the asset isn’t the vehicle, cars are cheap compared to people, very cheap. I can tell you the cost of providing our service, the cars are 20 percent and the human is 60 percent. So it’s the human impact that has tried to supply something that is ultimately a luxury good for the price of a public transportation ticket. That model is going to lose money. It’s going to lose money for the person trying to do it, the driver, as well as the company trying to facilitate it until you do one of two things: raise the price really rather significantly–you’re starting to see that in the market today–or take the driver out, which you’re not going to see, I don’t think, for another 10 or 15 years. What we’re trying to do is solve that problem by creating a product that people are willing to pay for.

Coleman: A thousand things. We change stuff every day. We’ve changed driver compensation, for example. We’ve increased driver compensation, we’ve changed incentive plans in terms of how they earn different incentives based on customer service and safety. We’ve changed our health benefits because we launched in a time when the original Affordable Care Act was in place, and there was a penalty for not having health insurance. When we launched, we offered all of our employees, free health insurance; we paid 100 percent of the premiums. What we found was that a lot of our drivers, as soon as that law changed and they didn’t have to have health insurance, they weren’t valuing that. We had free health insurance, and only 20 percent of our drivers were even taking it. We needed to find a better way to deliver value to these people, so we’ve just changed our health plans, and we now contribute 80 percent. That means that the people that want it are more aligned to the value that they’re getting, and the people that don’t want it, we can pay more in cash.

We’ve also changed places we’ve gone to acquire customers and the types of ways we talk about the business. We changed the lights in the car. Probably the only thing that hasn’t changed is the logo. 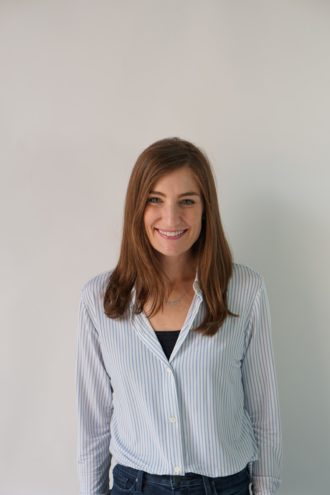 Halbardier: We’ve also fixed a lot of things. I think the hardest part about starting a company is just making yourself launch because when you launch, you know the product is not good enough. You know that it’s just kind of like a go-kart, and you’re trying to build a Ferrari. We have also improved the quality of the service, the quality of the app, the response time, the accuracy, things like that.

One of the more notable changes we’ve made also is that we launched as only a membership. So to ride, at all, you had to be a member. And the reason we did that is that we wanted to be able to have more consistent pricing, not do surge pricing, and have the rides via what we perceived to be a very affordable price for the service. And we wanted the people who are going to get first dibs on the available cars. What we found is that we got a bunch of members, but they were like, ‘hey, my friend is coming into town. How does she use it?’ Or someone riding on a corporate card wanted to take it to the airport, didn’t care how much the ride cost, but didn’t want to be charged a $10 membership. So, we launched a guest tier that’s essentially 30 percent more expensive, but some people would rather pay even more than they paid membership for a ride to have it be a one-off because they’re not the ones paying for it or it’s someone in from out of town.

What are your growth plans?

Halbardier: We’re trying to expand, geographically, further and further north. There’s this funny dynamic where the more people hear about you and your core, the cars get sucked back in, and it’s kind of like an amoeba. I’ve been surprised how much growth there still was even within those 50 square miles.

Eventually, we would like to have more professionals and other segments we want to play in. Still, we felt it was important to build the brand and build a really strong retail offering before strategically chasing businesses. But the first thing you have to do is convince most people (to use Alto) that don’t hear about you and download the app. It’s been kind of interesting taking that approach because we’re trying to build a lifestyle branded experience through a transportation company, which is not a landscape that has a lot of that, right? Most transportation companies focus on the basics. I would say Southwest is an example of a company that builds a really strong brand, and it’s helped them a ton. So brands who can do it well, it helps, but it’s not a path well broaden.

What type of marketing are you using to grow?

Halbardier: Honestly, everything. It’s kind of funny because we started with scrappy tactics that worked well, then we broadened to test everything. And it’s funny because now we’re going to come back to some of the things we did right at the beginning because it turns out that we were pretty dead on. The things that work the best for us are anything close to when someone needs a ride. It’s not necessarily like traditional product marketing, like if you have a direct to consumer business or something online where if you get a digital ad within a click you can have it in your shopping cart and be bought. There’s this step of you need to download the app and then to take a ride. You kind of need a reason to take a ride. So things that are near when people need rides are amazing for us. Anytime we can partner with events where our target consumer is; we can offer a promo code or be present at the event, that integration makes it very useful because the people are like, ‘oh, go into this thing anyway, I need a ride and hey gave me half off. I’ll try it.’ That works well.

One of your biggest differentiators is that your drivers are employees and paid hourly. What has it been like selling that model to drivers?

Coleman: It’s a tough sell. And it’s very hard sometimes to fully understand the breakdown of net or gross versus net earnings given all of the different things that drivers pay for from depreciation on their vehicle to maintenance, fuel, insurance, and all that. But, we’ve done a lot of work to help drivers understand how much they’re making and to help them see the benefit of working for us and the consistency of that pay, which I think is the most important thing. We talked about consistency on the passenger side, but for our drivers, just knowing that if you’ve got a house payment and your mortgage check or your rent, just life, you need to know how much money you’re making, right? 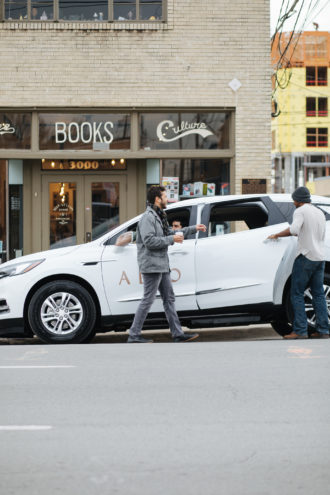 Halbardier: If you want to drive Friday and Saturday nights for like three hours, on a per hour basis, you’re going to make more money driving for Lyft or Uber. The problem is the other 35 hours a week. There is this population of people trying to drive full-time, and that’s when the earnings get sideways for them. That’s when you start seeing drivers making far below minimum wage, working full time, not having access to benefits. That’s the criticism you’re hearing in other states, like with AB5 in California. The government is saying, ‘what is this? How can it be good? How can it be contractors when your entire business model relies on it?’

It’s an interesting time for the labor market where it’s like, what’s going on? Is there going to be a new class of employees? Is the contractor thing going to be allowed to continue? For us, what we’re trying to do is appeal that population of professional drivers, hospitality professionals, like people who want to have a real job and provide them a livable wage, provide benefits, provides the opportunity that would come with working out of Starbucks or for an inbound shipping facility or something like that.

Have you ever thought of implementing tipping to be more appealing to drivers?

Coleman: It’s a debate that we often hold. I feel pretty strongly on this point. I think tipping has become a pretty big problem in our culture today. It used to be something that was used sparingly in the service industry to tie performance to an outcome. Now you go to a coffee shop, and it’s like, ‘you just handed me a muffin, and I’m supposed to tip 20 percent.’ It’s become super intrusive, and I don’t think it ties back to performance. We guarantee our passengers a certain level of service, and it’s our responsibility to deliver that. And it’s our responsibility to incentivize and performance manage our people to deliver that to you. We think of it as a hospitality included model; we have a service charge that’s added onto your bill. That is 100 percent used to fund our incentive plans for our drivers and our other frontline employees who contribute to your ride. You don’t have to feel that burden as a customer because it’s our burden as a company. 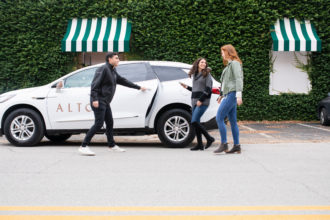 Coleman: Right now what we’ve heard from the investor community is: we love this idea, we love all the things you’re solving for, we love the traction you’ve gotten, and we want to see it come true. So we are laser-focused as a team right now on continuing. We’re proud of the growth and the progress we’ve made on the business front in a short period. But we’re kind of heads down continuing to build that out here in Dallas for the next six months or so.

Right now, we’re profitable on each ride, but we still have overhead costs that aren’t profitable yet, so we need to prove that we can pay for all that and grow a little bit bigger. We want to be 100-125 vehicles, so about double what we’ve got now in the next six months and use that to raise a big round that would enable us I go to another two or three cities next year.