Texas-based premium transportation company Vonlane has announced its first entry into another state with the launch of service between Dallas and Oklahoma City.

The daily direct motorcoach service will begin Jan. 6, 2020, for business and leisure travelers. 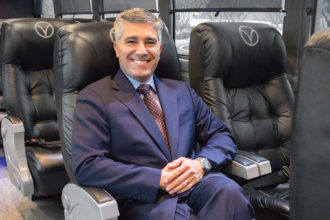 Vonlane CEO Alex Danza is acutely aware of passenger evaluations of the company’s bus fleet.
Will Ehrhardt and courtesy of Vonlane

“When Southwest announced that they were ending non-stop service between Dallas and Oklahoma City, we knew that we needed to fill the void as quickly as possible,” says Alex Danza, founder, and CEO of Vonlane.  “Adding this route was always in our plans, but when we realized that travelers would be left without a direct option, we kicked into high gear to ensure service was in place on January 6.”

Southwest Airlines will stop flying routes to Oklahoma City, San Francisco, and Jacksonville, Florida. out of Dallas Love Field starting Jan. 6, 2020 as the carrier continues to alter its network. At the time, officials said, “The changes will allow better connectivity for Oklahoma City travelers to the Southwest network, including connections to the carrier’s international destinations.” 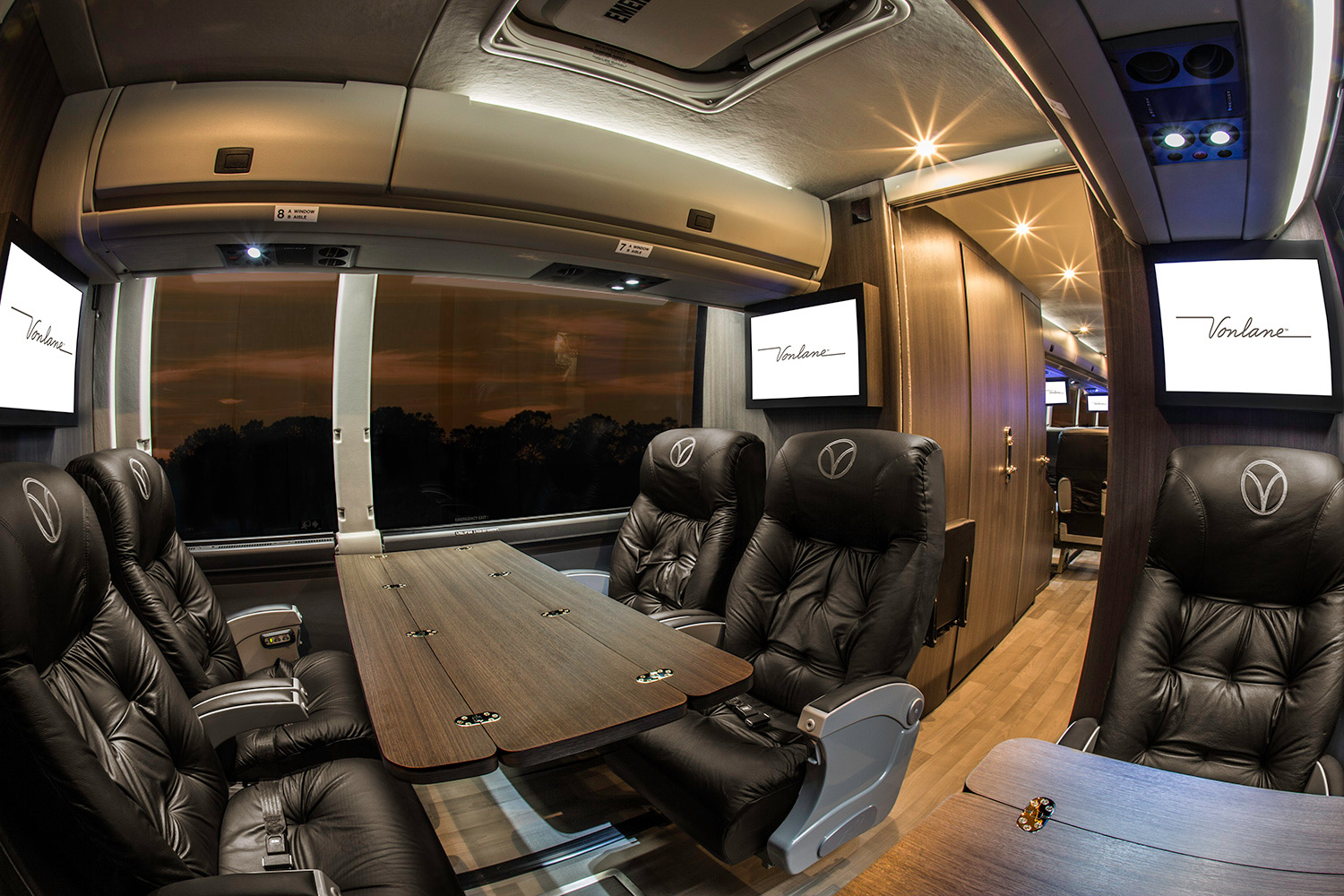 The six-seat conference room with electrical outlets and a fold-down work table.

Danza, a former top executive, specializing in high-end ground-transportation service for private-jet companies, founded the luxury bus service Vonlane in 2014 after noticing the lack of high-end options in the motorcoach industry. One year later, the company began operations with an Austin-to-Dallas route and then went on to include San Antonio, Fort Worth, and Houston.

“We’re so excited to bring Vonlane to a new market and introduce Oklahoma City passengers to a ‘private jet on wheels’ experience,” Danza says about a signature service that includes a spacious cabin, leather chairs, more than 350 hours of on-demand digital media, complimentary Wi-Fi and snacks, and on-board crew service. 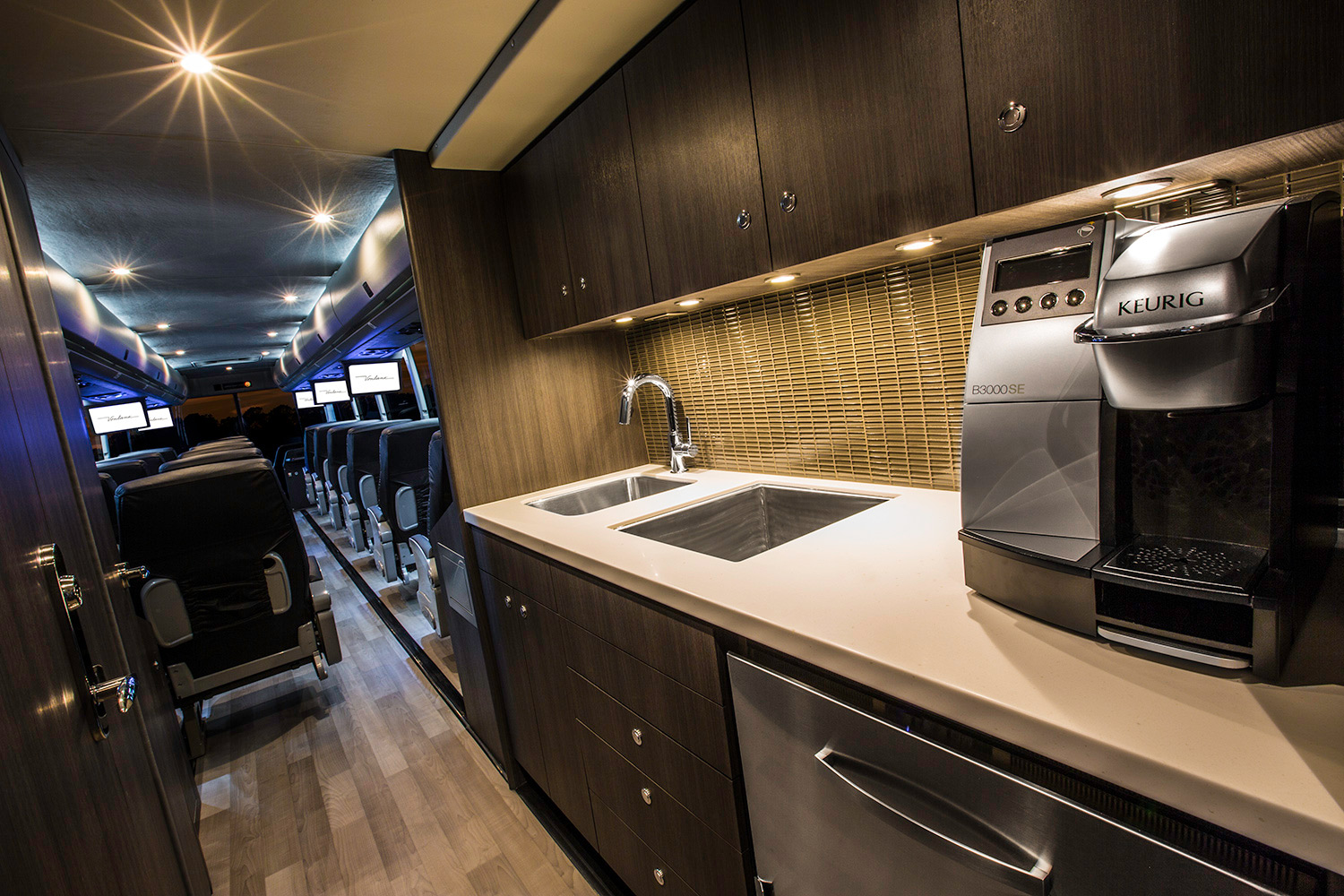 The galley aboard one of the buses.

Vonlane’s Oklahoma City terminal will be at the Sheraton Oklahoma City Downtown Hotel located at 1 North Broadway Ave. Vonlane motor coaches will depart and arrive in Dallas at the Doubletree Hotel across from Love Field. Fares are flat-rate $99 one-way or $198 roundtrip service.

The debut schedule features 21 departures weekly from each city: