Thomas Hartland-Mackie, president and CEO of City Electric Supply Co., has been named the 2019 Ernst & Young Entrepreneur Of The Year in the family business category.

Now in its 33rd year, the award recognizes and celebrates unstoppable entrepreneurs who “redefine the way people live, work, and play.” An independent panel of judges selected Hartland-Mackie, and he received the award at the Strategic Growth Forum in Palm Springs. 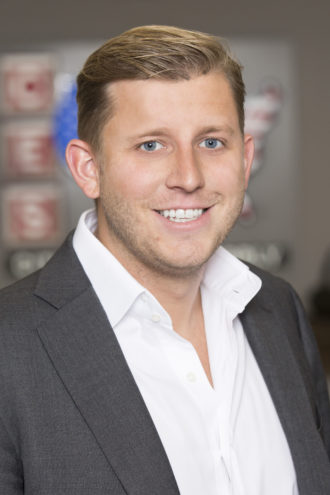 “I really don’t accept this honor for me; it’s a family business. So, I accept it for my personal family, my wife Nasiba, our kids, my grandfather, who started this business with my grandmother in 1951, and the 8 thousand families that work for us around the world. Without them, none of this is possible,” Hartland-Mackie said.

“The third-generation leader of the family-owned electrical wholesale business has innovated and grown the business through unique omni-channel operations and exemplary customer service.,“ she told D CEO.

Hartland-Mackie is credited for taking CES from a business that would take orders on napkins and cigarette packets to taking thousands of orders daily from multiple mediums across the United States. Mentored by his grandfather, who started the company in a horse stable in Coventry, England, in 1951, Hartland-Mackie worked his way up through the business, taking over CES in 2008 and the global group in 2011.

CES has been the fastest-growing electrical wholesaler in the U.S. over the last few years. The company has more than 2,700 employees across 287 branches.

City Electric Supply was originally selected as a regional Entrepreneur Of The Year winner in the Family Business category from the Southwest region and then chosen for this national award from over 1,300 applicants nationwide.

Founded and produced by the EY organization, the Entrepreneur Of The Year Awards are sponsored nationally by SAP America and the Ewing Marion Kauffman Foundation.

The EY organization has celebrated entrepreneurial excellence by honoring innovators and prominent leaders who have contributed and inspired others with their vision, leadership, and achievement since 1986. In 2019, the 233 award winners represented 191 entrepreneurial companies, employing more than 146,000 people with job growth of 28 percent. They generated revenue of more than $42 billion, with revenue growth increase of more than 46 percent.