D CEO will kick off a series of quarterly Women’s Leadership breakfast events on March 21 at The Lorenzo Hotel. And we’re starting things off with a bang: Our lineup features three exceptional business leaders who will share insights on work-life balance, challenges overcome, how they lead, and how they hire. It promises to be a lively discussion. 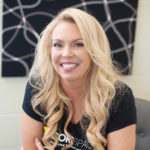 Liana Dunlap, CEO, CoreSpace: Having competed in autocross and volunteered at a police department, Liana Dunlap can hang in the mostly-male data center world. Her company, CoreSpace, is the only wholly woman-owned and operated data center in the United States. She encourages other women to get into technology, and to build a support system to combat life-work-balance challenges. “Women who have successful careers they’re passionate about while raising families, they’re my heroes,” she says. 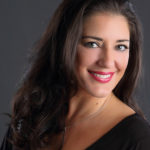 Gina Lehe, Senior Director, College Football Playoff: Marketing guru Gina Lehe oversees branding and external relations for the organization that determines the nation’s No. 1 college football team each year. She’s passionate about encouraging women to follow their dreams, even if it takes them into male-dominated fields like sports. She also wants women to know that they don’t have to give up motherhood for a career, or vice versa. “I didn’t want to give up anything,” she says. “I wanted to integrate.” 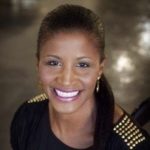 Noelle LeVeaux, CEO, Noelle LeVeaux Concepts: Noelle LeVeaux is a woman of action. She developed one of the country’s most successful branding initiatives, the #DallasBig campaign, and is serving as interim director of Uptown Inc. She also co-founded Dress for Success and wrote a children’s book, all while overcoming a challenging battle with breast cancer. She now runs her own marketing firm. “Once I was on my way to being healthy again, it was time to be the CEO of my own life,” she says.

Seating is limited at this event, part of D CEO’s Women’s Leadership Initiative, presented in partnership with Texas Women’s Foundation and TCU’s Neely School of Business. Click here for more information and to make reservations.