In the parking lot of the Forest Theater on Friday afternoon, Elizabeth Wattley, CEO of the neighborhood nonprofit Forest Forward, unveiled the most detailed plan yet for the historic space’s revitalization. She presented the restoration as the first step of a community project to position the building as a beacon of economic, social, and cultural change in South Dallas.

The theater was purchased by the affordable housing and homelessness services nonprofit CitySquare in 2017 then transferred to the newly-minted nonprofit Forest Forward. CitySquare CEO John Siburt said the organization wanted the restoration to be overseen by a group that represented the community.

Wattley, who Siburt described as “a powerful young leader, living in the community,” became the head of Forest Forward, which is led by a team of Black women. CitySquare handed over the reins shortly after the purchase.

“We’re going to be an ally to Forest Forward,” Siburt said in an interview. “We birthed the dream. We wanted people to know we’re not trying to build CitySquare, but invest in South Dallas.”

In January 2021, Forest Forward received its 501(c)(3) status and became the official owner of the Forest Theater. During the acquisition process, Wattley reached out to the Dr. Martin Luther King Jr. Arts Academy to initiate conversations about forming a “cradle to college” pipeline for students at the nearby Dallas ISD creative arts elementary. Wattley says Dallas ISD Superintendent Dr. Michael Hinojosa was interested in helping develop a “high quality education pathway from pre-k to college.”

The Forest Theater has a rich history as a cultural center in South Dallas, hosting artists like Redd Foxx, B.B. King, Tina Turner, and Prince. But it has largely sat dormant since the 1990s. Rumored redevelopment plans have come and gone, but CitySquare’s decision—influenced partly by a trip to the Ellis Marsalis Center for Music in New Orleans, which offered space for performances as well as education and community meetings—has charted another life for the theater. 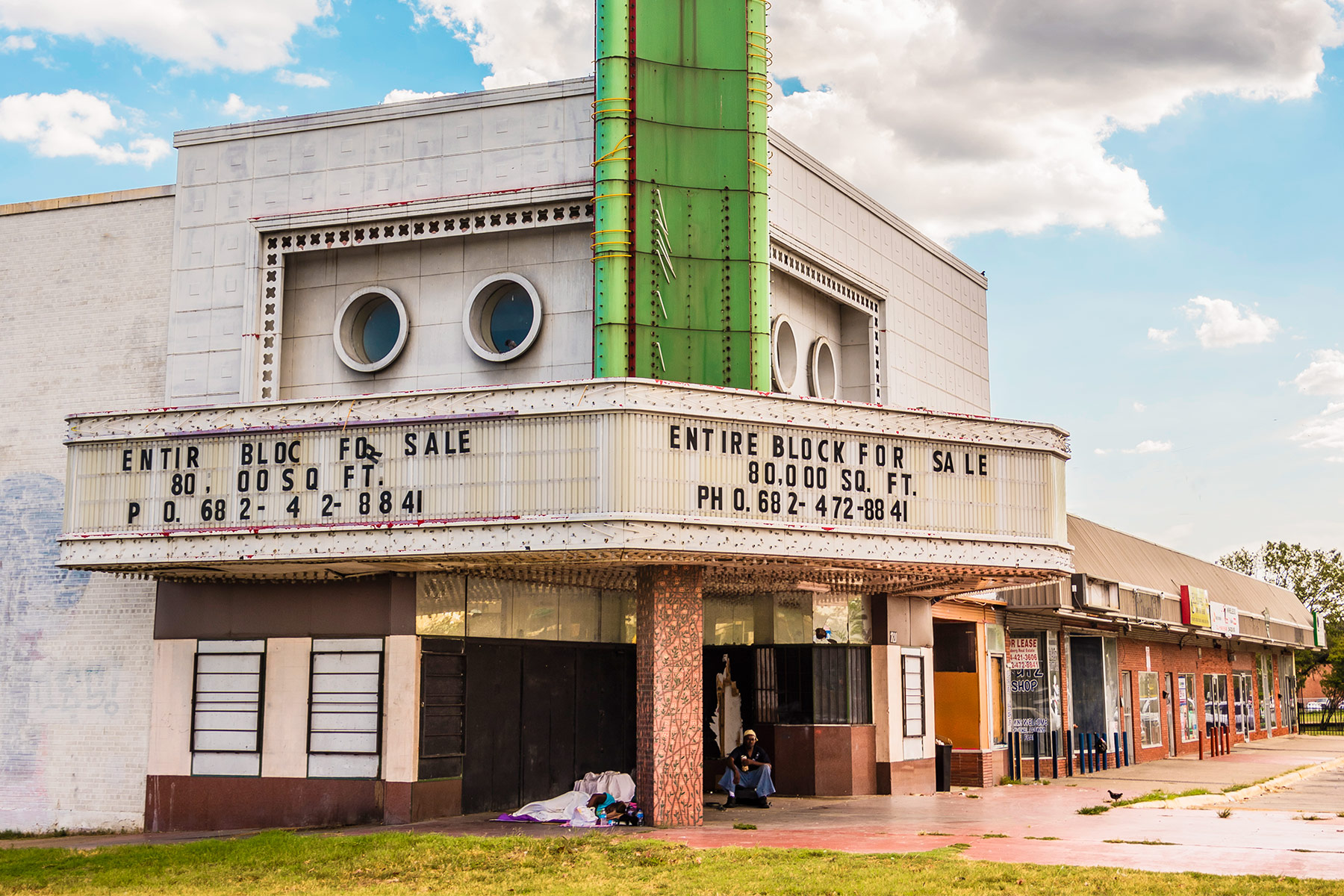 DEEP ROOTS: Five thousand people attended its opening in 1949. Then a highway was rammed through South Dallas, and everything began to change.

Wattley’s vision for the space features programming, education, training, and a space for the community to gather, maybe a coffee shop and a rooftop bar and café.

Local students will be able to access state-of-the-art technology to pursue careers in the creative fields of animation, journalism, and audio. In addition to educational opportunities, the theater will provide internet access for residents and co-working spaces for young professionals.

“The key part of this work is that the [community] revitalization efforts are anchored by the restoration of the Forest Theater,” Wattley says. She believes the cost to restore the Forest will be $75 million. Originally, the restorations were scheduled to be finished in time for the theater’s 70th anniversary in 2019. However, the development of Forest Forward and the COVID-19 pandemic pushed back the timeline to 2024, the theater’s 75th anniversary.

As of now, Forest Forward has raised $25 million in initial investments for the theater’s renovations. The money helped pay down the acquisition of the theater and necessary construction. The remaining $50 million will cover the development of the nonprofit’s mixed incoming housing efforts, the “cradle to college pipeline” strategy, and community spaces, including performance arts stage for local musicians and poets. Friday’s event was partly to announce a new fundraising campaign aimed at generating $75.215 million—representing the theater’s ZIP code—to help pay for the restoration.

“We saw it [The Forest Theater] as a potential not only to restore a building, but to restore a community as a catalyst that can spark all kinds of development, not just one block or one neighborhood, but the entire community of South Dallas,” said Wattley. And, indeed, improvements are coming to Martin Luther King Jr. Boulevard, where the theater is located. The nearby S.M. Wright Freeway is being removed and replaced with a boulevard. The nearby shopping centers are being renovated and a longtime South Dallas resident and retired nurse is planning on building a clinic a few blocks east. Public officials and residents have called for more here: housing, grocery stores, and additional services. That’s what Wattley means when she speaks about the theater being a “catalyst.”

The development has been in the works since the purchase in 2017. Last Friday, a group of residents, community leaders, politicians, and children gathered inside the lobby, walking on the-soon-to-be-renovated floor. The attendees were shown a 3-D video of what the space could be. There is much work to be done, but South Dallas now has a glimpse of what that might actually look like.