Like all of us, the Nasher Sculpture Center has a lot of plans that are on hold. Some of them indefinitely, and I imagine some forever.

In place of those plans, most of us instead have almost a year (and counting) that we can’t get back. March 11, 2020–???? is a still growing pothole in our collective memory waiting to swallow nostalgia or at least run it off the road—that is, whenever we get enough distance to start remembering this cursed period of time, or the strength to actually do it. I hope and believe I will acquire the former at some point. I doubt I’ll get the latter. I’ve put most of the past year through a paper shredder in my mind already.

In the Nasher’s case, where those plans should be, exhibitions meant to be open now, there is Nasher Mixtape, curated by Catherine Craft. I went to check it out this morning, in advance of its official opening tomorrow. (It’ll be on view through September 26.)

The show is drawn from the Nasher’s permanent collection, though almost a third of the works are making their debut at the museum, and many others haven’t been seen in a while. There are familiar names (David Smith, Joan Miró, Nancy Grossman, Martin Puryear) and newer ones (Nicole Eisenman, Melvin Edwards, Maren Hassinger).

What Craft has done is create 10 micro-exhibitions, or “tracks,” and each of those tracks functions a bit like its own mixtape. I’m thinking specifically of Track 3, “The Ends of Minimalism.” Walking into one of the Nasher’s main galleries, first you come across Scott Burton’s Untitled: Two Chairs (1979), the lacquered steel sort of mirroring William Tucker’s Building a Wall in the Air (1978), situated diagonally across from it, both of them dark and functional.

Between them is one of the Nasher’s newest acquisitions, Judy Chicago’s bright and playful Rearrangeable Rainbow Blocks (1965), and—to me, anyway—it’s a perfect and natural arrangement, even though they don’t seem to have much in common other than their simple lines. Negative space is filled in, the riot of color is given a frame. It just feels right together. It’s exactly the way I used to make a mixtape, the differences fitting together like two hands holding. 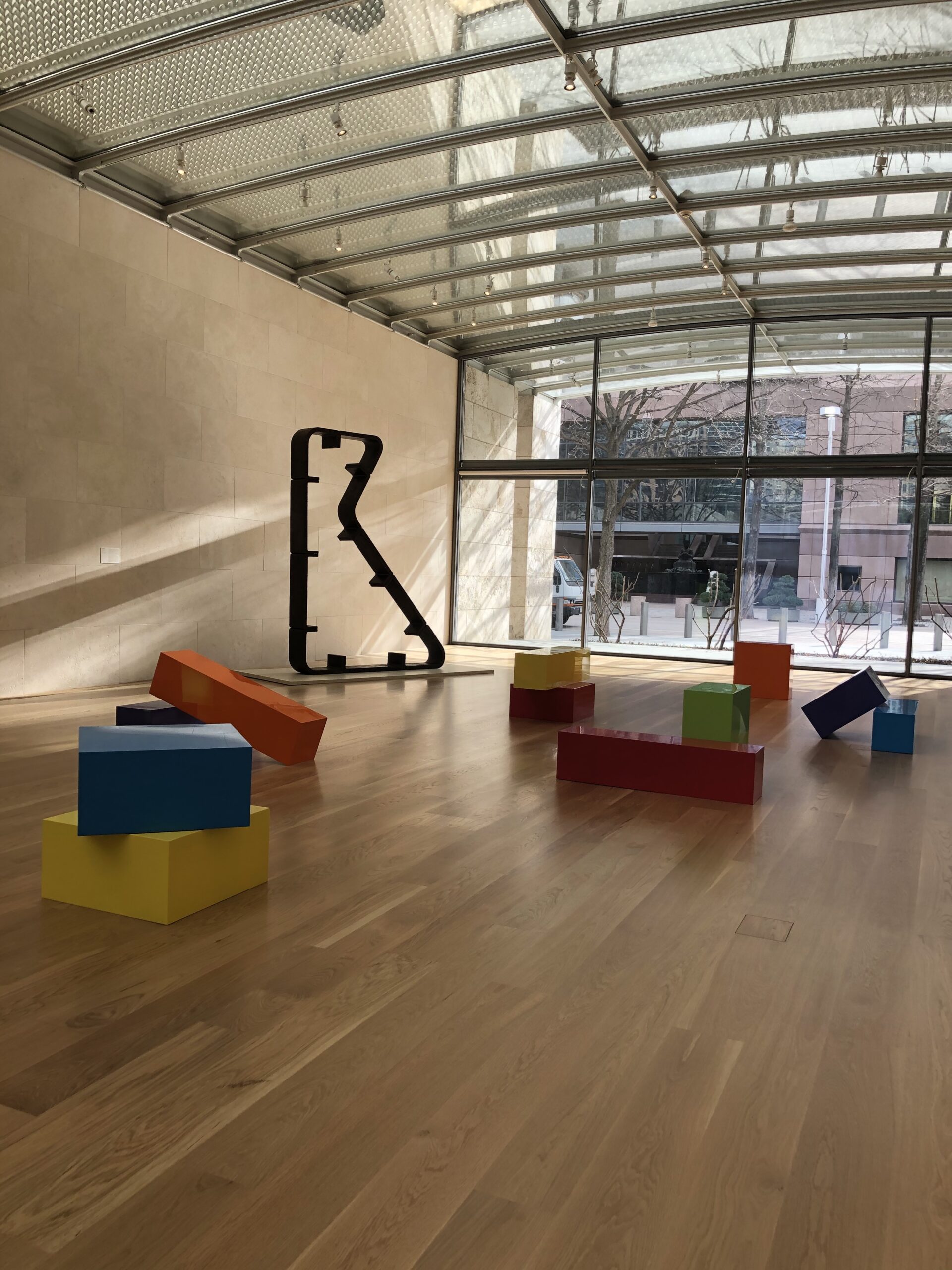 Another highlight: in the downstairs gallery—Track 9, “Love and Delight,” made up of works from Raymond and Patsy Nasher’s first two decades collecting art—it’s a conspiracy wall of connections. One red thread goes between the curves of Jean (Hans) Arp’s Torso with Buds (Nu aux bourgeons) (1961) and Isamu Noguchi’s Gregory (Effigy) (1945). Another between Andy Warhol’s Portrait of Patsy Nasher (1979) and Jean-Michel Basquiat’s Untitled (1985), sharing a scene more than anything formal, but both lifted up by their proximity. The entire room has these pairings and common reference points. 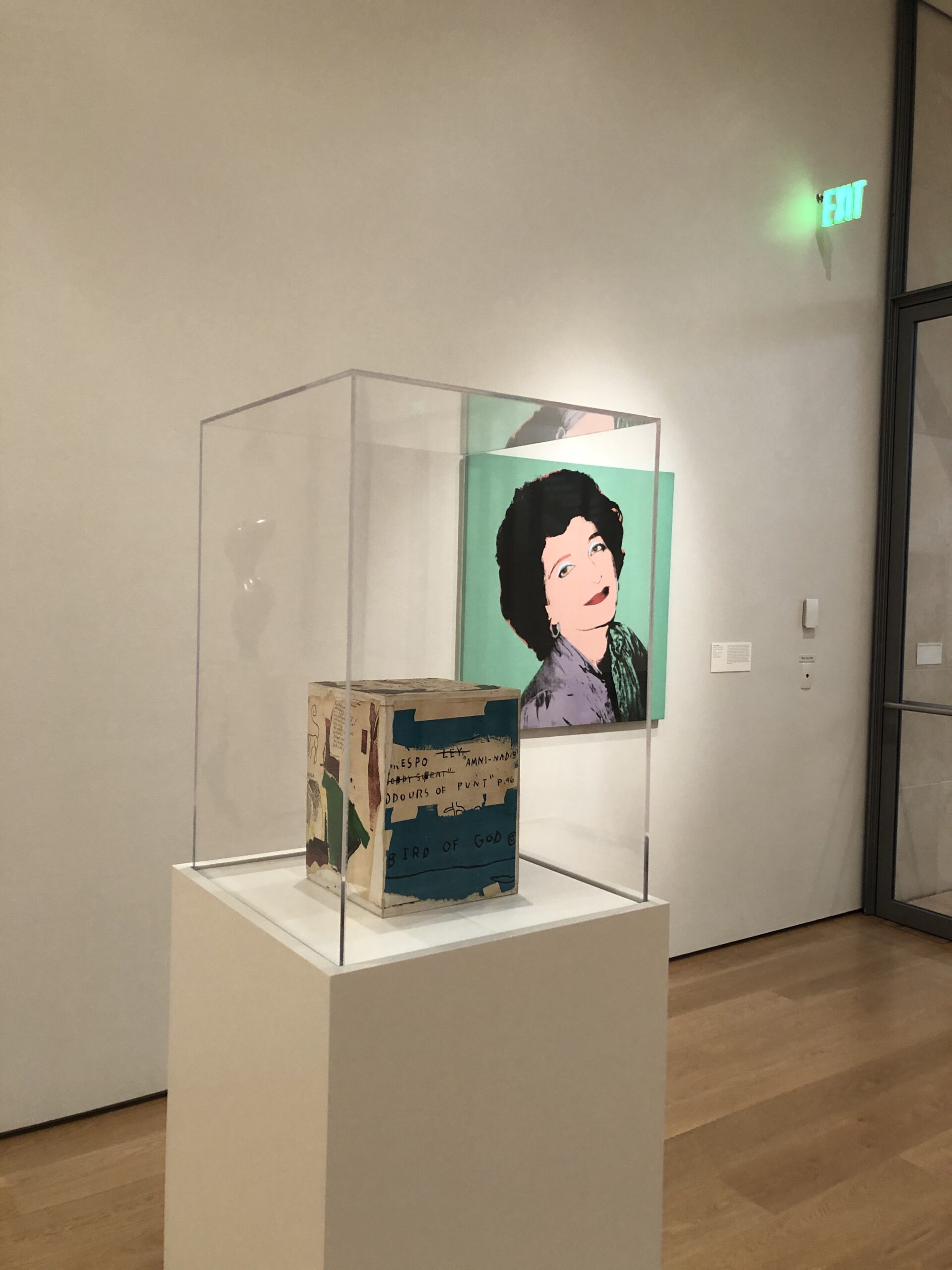 Both of these tracks are worth seeing on their own, and they’re just two of the ones that Craft has put together. Spend some time with all, and you’ll see the Nasher in a new light. And maybe have something worth remembering.