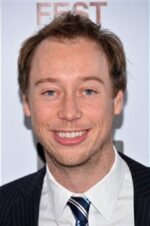 By the time he got the pitch, Matt Mider had co-written an animated online series, an acclaimed feature film, and had multiple high-profile projects in various stages of development.

In terms of career trajectory, writing for a game show seems like a step backward. But when the show is “Don’t,” the unique concept had Mider and writing partner Kevin Burrows enthusiastically signing up.

“We didn’t know much about game shows. Now we know way more than we thought we would,” says Mider, a Dallas native. “When you get that call, obviously that’s hysterical. We were so in. It was one of those rare and cool opportunities.”

Mider and Burrows wrote the deadpan voiceover for Ryan Reynolds, who sardonically narrates the show in which families compete in absurd physical challenges for big money. Hosted by actor Adam Scott (“Parks and Recreation”), “Don’t” ran for eight episodes this summer on ABC, and is awaiting renewal for a second season.

For Mider, the show fit the improv and sketch sensibilities he developed growing up in Dallas. He even submitted a screenplay he wrote at Hillcrest High School to an obscure film festival.

“It was terrible. But they were so nice and gave us notes on it,” Mider says. “They were very sweet.”

After earning a film degree from the University of Texas, he worked the door at a comedy club in Austin, where he eventually got involved in sketches with some of the cast members. He relocated to Los Angeles in 2010, wrote and acted in a few short films, and met Burrows at an improv class. They’ve been working together for almost a decade.

“This was all very fun, but how do you roll it into a career? We had a realization that we couldn’t make a career in improv, no matter how good we are,” Mider says. “We knew we wanted to write movies. We just started writing scripts.”

Burrows had an animation background, which led to “Gentlemen Lobsters,” a series of animated shorts that they pitched to GQ when the magazine was looking to expand its digital content. They wound up producing 21 episodes of the crudely drawn satire, for which they recorded the voices at Mider’s apartment.

“It put us on the map and pulled us out of debt, which was a great one-two punch,” Mider says. “All of a sudden, we were thrust into the feature world.”

The duo later wrote Stoned Alone, an adult riff on Home Alone set to star Reynolds, with Dallas resident Augustine Frizzell (Never Goin’ Back) attached as director. Although the status of that project is unknown, they wanted to collaborate with Reynolds’ production company again.

That prompted them to do “Don’t.” The entire season was filmed in two weeks in Atlanta shortly before the onset of the COVID-19 pandemic.

“We came up with a lot of stuff on the fly when we were there,” Mider says. “It was a very fascinating experience. There’s not much like it.”