During protests in Dallas this summer, amid signs and banners calling for change, a flock of striking, yellow umbrellas began popping up across town. It started with just 44 and quickly multiplied into hundreds, each featuring strokes of black paint bearing the name of a person who died at the hands of police. The Umbrella Project, created by a collective of North Texas artists and activists, is a dynamic memorial to those lives lost. Now, their names shine bright at every peaceful protest and sit-in, becoming a powerful symbol of the resistance. 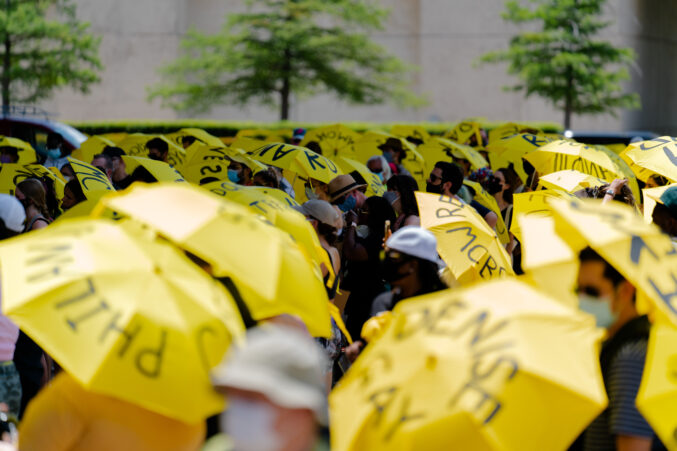 The initial idea was inspired by the Umbrella Movement, a series of sit-in protests in Hong Kong in 2014 where the umbrellas served as physical protection from tear gas and rubber bullets. PR specialist and Umbrella Project organizer Teresa Nguyen was reminded of the movement after seeing what happened that awful night on the Margaret Hunt Hill Bridge in early June, when many of her friends were trapped and tear gassed after the police disrupted a peaceful protest.

Nguyen connected with artist, journalist, and community organizer Darryl Ratcliff to put the idea in motion. Ratcliff called upon a group he founded, Artists in Defense of Black Lives, for some helping hands. At first, the artists planned to paint the umbrellas like protest signs, but after speaking with Mothers Against Police Brutality, the project went in another direction.

“They asked us if we would put the names of their children, their loved ones on the umbrellas,” says Nguyen. “Initially, we were just thinking messages like #BlackLivesMatter, maybe George Floyd or something, but the mothers asked us to put the names of their loved ones on there, and when we did that, it became something that was more powerful and impactful and beautiful than we could have ever imagined.” 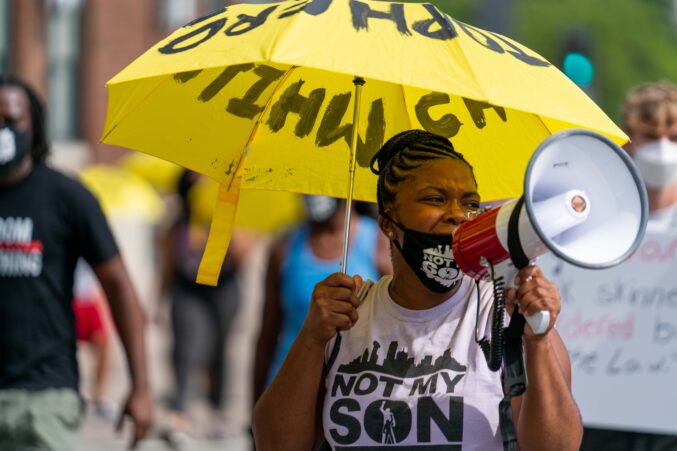 The first set of 44 umbrellas was dedicated solely to those killed by Dallas police officers. Because of donations and volunteers, that quickly expanded to represent more than 300 victims of police brutality from across the country. Now, there are hundreds of umbrellas circulating at protests and sit-in “happenings,” each representing and honoring a life taken too soon.

In addition to the physical demonstrations (and an exhibit of the umbrellas that’s currently in the works), the Umbrella Project is also building an online directory so people can get to know the victims of police brutality—not just about their deaths, but who they were as a person. The team of volunteers includes researchers in addition to artists and protestors in the field.

Nguyen says they plan to continue showing up, whether it’s by joining in larger protests or staging their own sit-ins, which have been as simple as 100 people meditating under trees. You can expect to continue spotting the yellow umbrellas floating across town for the foreseeable future.

“Now, not only are the names of these loved ones being carried through the movement in these protests, but also they’re protecting us,” Nguyen says. “It’s very poetic in a way we did not imagine.”