This week marks four months that museums across North Texas have been shuttered because of the pandemic. It’s been four months of deserted halls and no ticket sales. Four calendar pages have been wiped clean, taking away major fundraising opportunities. Annual galas and special programming vanished in a flash. For some museums, like the Dallas Museum of Art and Modern Art Museum of Fort Worth, it’s been months of waiting for an already-installed exhibition to open. Unfortunately, most art institutions in North Texas still don’t have the green light within view. The Nasher is still filling its windows with art. The DMA didn’t have a comment, saying they had no timeline for reopening.

“We don’t have a plan per se and I’ll tell you why–we’ve planned about three times to reopen, thinking that the virus was at least sort of in and stymied,” says Dr. W. Marvin Dulaney, the deputy director and chief operating officer of the African American Museum. The Fair Park museum had been prepared to reopen with ample supplies of hand sanitizer, thermometers, and social distancing signage since May. “We had a plan to open May 19, we had a plan to open June 15, we had a plan to open July 6, but the spike in the virus is just throwing every plan we’ve tried to develop out the window.”

The Perot Museum and the Dallas Holocaust and Human Rights Museum have each dealt with the same problem, making announcements that they would open in early July, but ultimately pushing delaying.

“They had to cancel. So, that sort of sent us a message,” says Dulaney. “It’s not safe to reopen.”

There is one small silver lining to the African American Museum’s prolonged closure. Major renovations in the building are moving ahead at full speed without disrupting operations. However, the closure has had some devastating effects on the museum’s funding, which comes largely from admission, venue rentals, and a now indefinitely postponed gala.

“One of our major sources of income is rentals, and that’s literally been stymied. We haven’t rented the building since February. That’s cost us anywhere between $5,000 to $10,000 of extra income. We got some help from North Texas Giving Day. We picked up a little funding from there, but obviously not enough. We got a PPP loan. But we’ve had to furlough six people as of the 30 of June,” Dulaney says.

For the time being, the African American Museum is doing what it can to expand its digital presence, including hosting online courses and summer camps (there’s a children’s summer camp starting on Monday and it’s free). Until the building can safely reopen, though, it’s going to be difficult to make up for lost revenue.

“We count our success by the number of people coming through the doors, you know, that old adage, putting butts in seats,” Dulaney says. “Since we haven’t been able to do any of that, it’s been discouraging.” 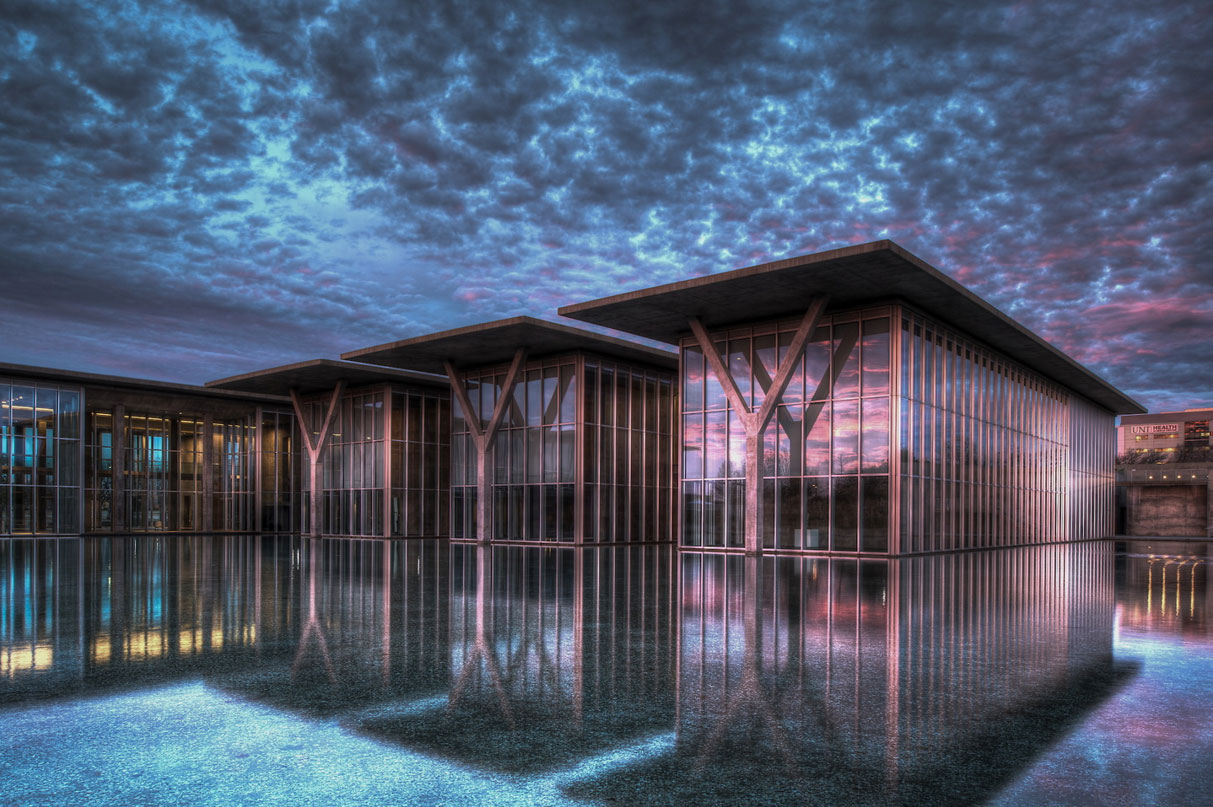 Modern Art Museum of Fort Worth
Photo by Kevin Brown

The current, tentative plan is to reopen the museum in September. If that’s possible, Dulaney wants to reschedule the annual gala, which accounts for about 40 percent of the museum’s annual income. Ideally it would be held in December or January, providing some financial relief to close out a nightmare year.

Even for the few museums that have reopened amid the pandemic, limited capacity and the inability to have normal programming have taken a toll. In Fort Worth, the city’s major museums employed a different approach, quietly opening their doors at the beginning of the month. The Kimbell, Amon Carter, and the Modern all worked closely with one another to make the decision based on the projection of the outbreak in the immediate community. The Amon Carter opened on June 19 and the Kimbell followed the next day. The Modern opened on July 1. Then, in early July, Tarrant County’s cases spiked.

The Modern was finally able to share Mark Bradford’s exhibition End Papers with the public; its opening date was the week the pandemic hit Texas in mid-March. Things at the museum are still far from business as usual, though.

“The Tarrant County trend is slightly down now on a seven day average, so we’re hoping that’s going to continue,” says Marla Price, director of the Modern. “Of course, it spiked up again after the first of July, which we did not anticipate.”

The museum is watching that each day and taking precautions like installing hand sanitizer stations and sneeze guards at ticket counters. The Modern requires face masks and has limited capacity. Price says there hasn’t been any issues with getting visitors to abide by the rules.

“We felt it was really important to get the building, and the exhibition, and the collection back and available to the community as soon as we could,” she says. “So far, it’s going very smoothly.”

The Modern has been seeing about 40 percent of its normal attendance numbers since reopening, so there haven’t been issues with crowding in the mammoth building. While there’s been a drop in ticket sales and memberships, the upper level memberships have mostly remained intact.

Still, even after a (so far) successful reopening, there is plenty uncertainty when it comes to how the Modern and other museums will operate in a post-COVID world. The Modern was able to extend the Mark Bradford exhibition through the end of the year with the blessing of the artworks’ lenders. Similarly, the African American Museum rescheduled an exhibition of work by Dallas artist Vicki Meek from August to September. Dallas Contemporary has also extended its current exhibitions and delayed its upcoming exhibitions indefinitely while closed. Knowing that this unpredictable timeline is the new normal makes planning nearly impossible on the part of curators. Meanwhile, collectors may be more hesitant to lend out their works going forward.

“I think everyone is wondering, going forward, if lenders will still want to loan their works to big exhibitions or international exhibitions,” says Price. “We just have to wait and see.”