This weekend, for 96 straight hours, artist Jeremiah Onifade is bringing an art gallery to a small house in Bonton, a historically Black, historically neglected neighborhood in South Dallas. The show, Blue Dot, aims to draw attention to the persisting effects of redlining in our society, as well as bring people together from throughout the city through accessible art.

Originally, it would have opened in April. While the coronavirus-induced delays have posed a challenge, Onifade is glad with the way the timing worked out. The messages of his work will resonate louder now as more people seek to dismantle the systemic racism that has kept communities like Bonton at a disadvantage.

“All of a sudden with George Floyd’s murder, everybody’s digging deeper, seeing all the redlining. When you have a part of the society that looks like that, what do you think the ZIP code is gonna have? What type of schools do we think are going to be in those ZIP codes?” he says. “We’re creating a cycle for those for the generations coming out of this community, which is not good. We don’t want to turn a blind eye to those situations.”

When the Dallas-based, Nigerian born-and-raised artist began conceiving of his second exhibition, he knew he wanted to explore both sides of his cultural identity. His debut show in Dallas, A Prelude to a Beautiful Unknown, was inspired by his upbringing in Nigeria, years marked by joyful community and eventual tragedy–he left his home country to escape violence that erupted following the 2000 Kaduna riots. With Blue Dot, he says he was compelled to inject the American life he’s witnessing into his work.

“I wanted to speak about how much one part of the society has been relegated in comparison to another part of the society, due in part to the type of people living there, and this is not only to Bonton or South Dallas,” says Onifade.

The project is sponsored in part by a grant from the city’s Office of Arts and Culture. Onifade has also called upon two other artists, Charles Gray and Jess Tedder, to create their own works on the subject to be included in the show.

“I feel like this is my way of contributing to [Black Lives Matter]. That’s my way of telling people that if you invest–because everybody’s now about numbers in these things–if you invest in the Black person, not only money, not only business, but time, if you invest in the Black person and ignore what you’ve been told history wise, trust me, you find something interesting about them. You just see them as the human they are.” 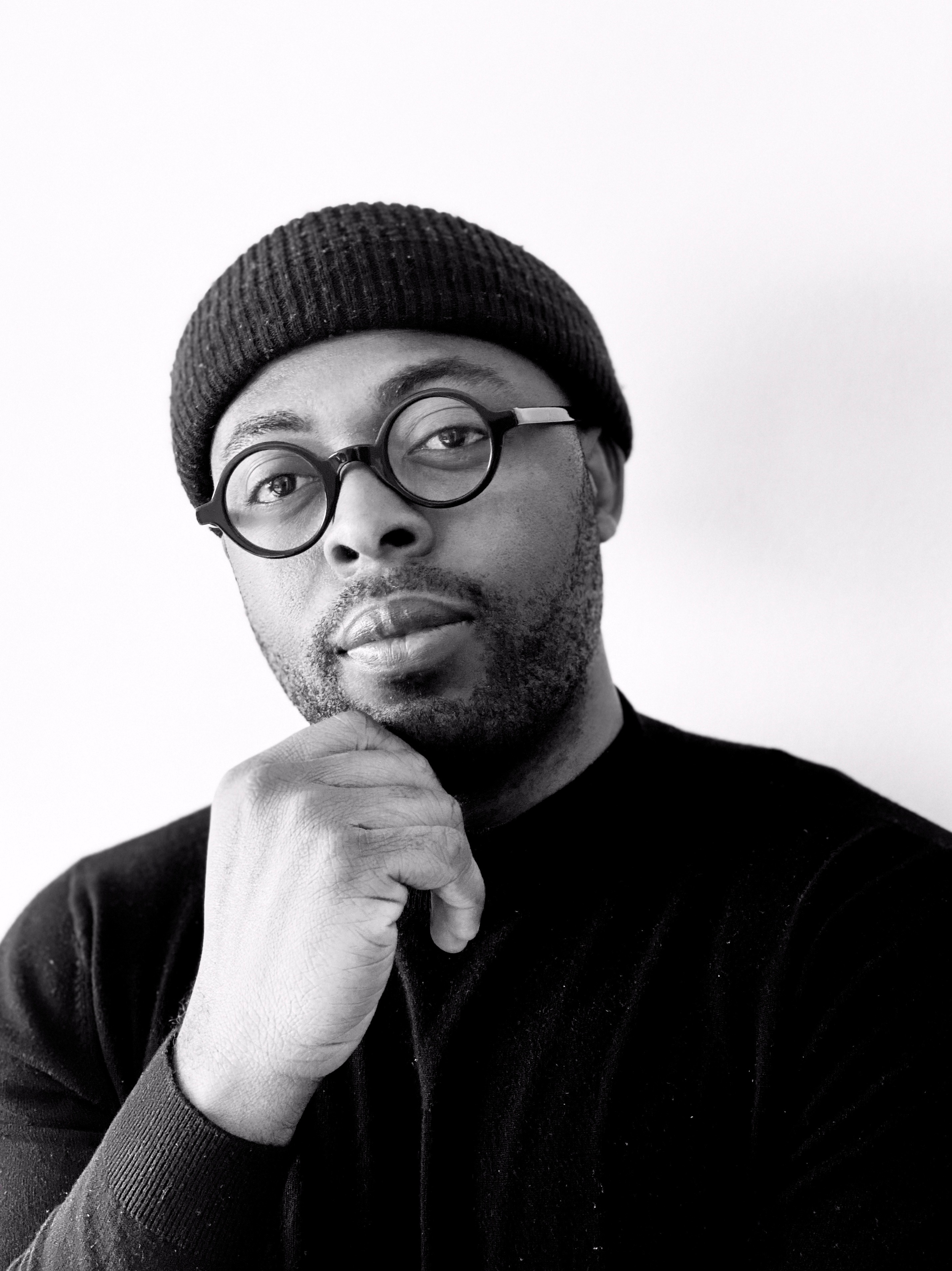 He hopes that his own investment in Bonton, this pop-up gallery, will change people’s perception of the neighborhood. It’s an opportunity “to come together and talk about the value this community has.” More importantly, though, he wanted to create an accessible art experience for the people who live there. That’s why it will be free and open 24-hours a day from June 19-23.

“How many people have those hours [to visit galleries] in between business days? Most of us, we’re busy during the day, we have to work in the evenings…It’s 24 hours so they can drop by at any time. Even if it’s five minutes, 10 minutes–because the first thing to build in a wonderful society is building the people. If the people have confidence in themselves, they can become anything,” says Onifade. “But for them to have that spark, they need something that’s going to ignite it. They need a striker, they need something that’s going to light them up. I don’t know if this is it, but if this is going to be the beginning of bringing something like this into those communities–yes, let it happen!”

Blue Dot will open at 2727 Rochester Street on Friday, June 19 at 6 p.m. and will close on Tuesday, June 23 at 6 p.m. There will be staff on hand to ensure that visitors are wearing masks and keeping their distance. There will be a hand sanitizing station and door handles and other public surfaces will be regularly sanitized. A virtual exhibition will be available for vulnerable populations. Find more info here.

Scenes from the Cattle Baron’s Ball