LegoLand Discovery Center Dallas Fort Worth is paying tribute to the Leaning Tower of Dallas with a pint-sized replica of the un-implodable icon. Matt Graham, the center’s master model builder assistant, dedicated two hours and 1,500 LEGO bricks to recreating the beloved monument in great detail, including the surrounding rubble and, of course, the signature tilt. Except it appears to be in Victory Park. LEGO Dallasites surround the mini tower, taking selfies, one clever fellow pretending to hold it up with his tiny plastic claws.

Look at this masterpiece! 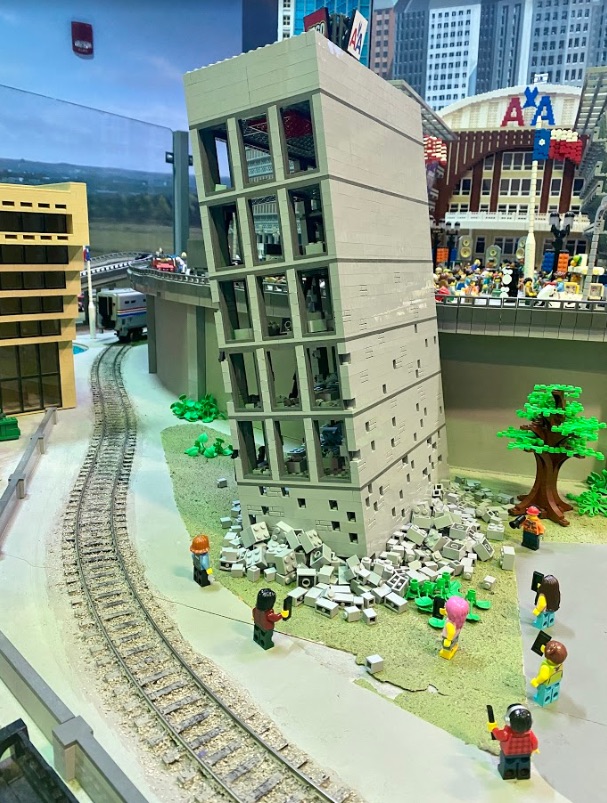 While the actual leaning tower of Dallas is slated to come down on Monday, the LegoLand tribute will stand through the end of February–and forever in our hearts. Perhaps this one can come down at the same time as the real one.

LegoLand Discovery Center DFW is open seven days a week, and tickets start at $19 (they’re cheaper online). Go see this fragile piece of Dallas history while you still can.