Galentine’s Day is today, February 13. The holiday came from Parks & Recreation’s Leslie Knope. In the episode, she eats breakfast with friends and describes the day: “It’s like Lilith Fair, minus the angst. Plus frittatas.” Sounds great. And it’s fine that the name of this made-up holiday is terrible, because Leslie Knope can do no wrong.

But then, the masterminds at Target got a hold of the idea. Soon, they started marketing Galentine’s Day cards. 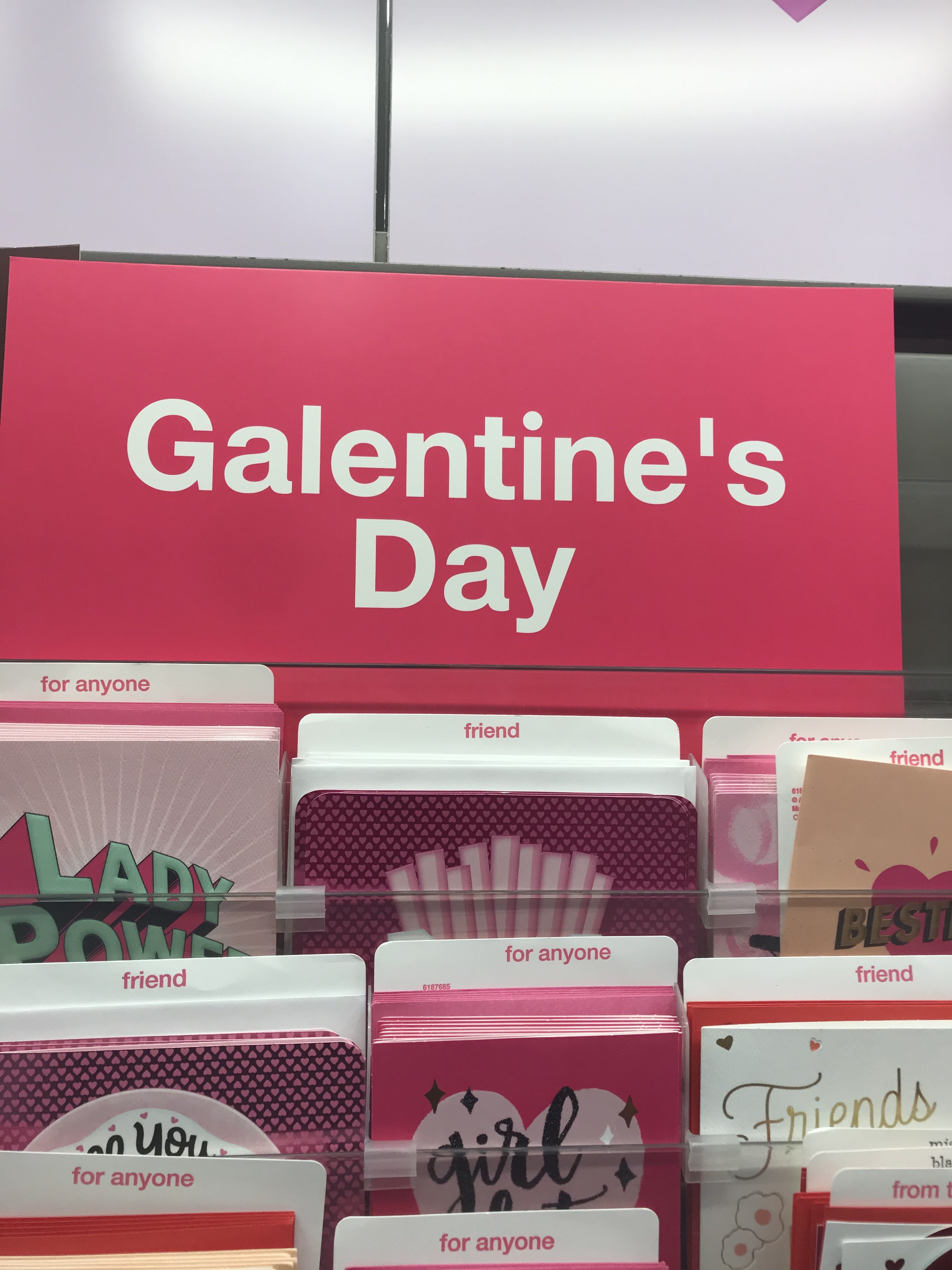 The National Retail Federation says you’re spending more on Valentine’s Day than ever.  They project that we’ll spend $27.4 billion on the holiday this year, up 32 percent from last year’s spending. Turns out, gals like to spend money.

Dallas politely raises a hand and says, “Pardon me—did you say we could make money on this Galentine’s Day thing?” (Assembles her glam squad and puts some makeup on this party.)

Today at 5 p.m., The Dallas Museum of Art invites you to celebrate your love of all things Parks and Recreation this Galentine’s Day. They’ll have customized conversation heart magnets, waffle necklaces, and woodworking.

Dallas Proper wants you to “grab your girl gang and head to Dallas Proper for a Proper Galentine’s Day on Feb. 13 at 6 p.m.” There will be pomegranate martinis, which are the traditional currency of gangs of girls. By 7 p.m., there will be meaningful shout-conversations with shaky eye contact about the pros and cons of Spanx, and disagreements over the proper pronunciation of Klobuchar and Bootigieg. “Stop saying SKIMS are just as good as Spanx, Carla! I can’t believe you even patched into this girl gang, ugh.” 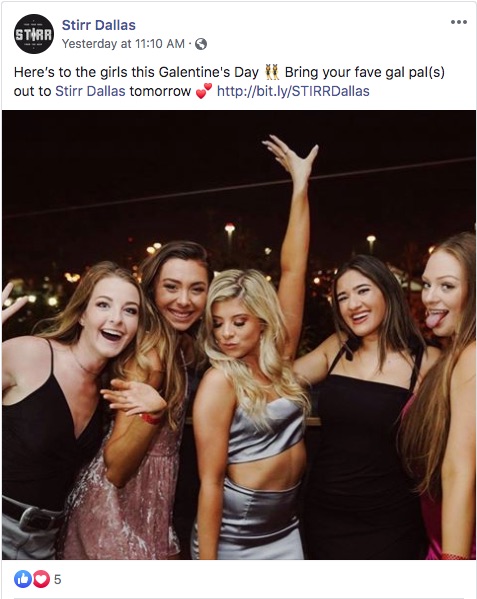 Gal pals. Not all of my gal pals, but my “fave” gal pals! Sorry, Britney. You’re a medium gal pal, so you stay home tonight. I SAID YOU STAY HOME.

Stirr (with two R’s) is not the only place to use the “gal pals” phrase in conjunction with advertising for this fake holiday. Lots of people are doing it. But, that doesn’t make it right. It’s like those shirts with holes in the shoulders. Nobody wants it. Make it stop.

“Gal pals” isn’t a thing anyone calls anyone. Except Gal Gadot, when she’s making a list of friends and foes. And maybe my imaginary aunt from Minnesota, who sends out invites for “Let’s Write Super Bowl Halftime Show Complaint Letters To Congress Night.”

Even the word “pal” is only used for two reasons in life. First, by movie bartenders when they’re wiping down the bar and defending a woman’s honor after her terrible date tries to get her to leave the bar, but she doesn’t want to go. “Hey–why don’t you leave the lady alone, pal.”

And second, for pen pals. I had a pen pal once. His name was Michael Jordan. He was a terrible pen pal. He never wrote me back. And he never did stay at our house when he was in town to play basketball against the Mavs, even though I invited him. Pen pals are stupid.

Waterproof at The Statler is having a Galentine’s Day event, too. They’re here to help you, ladies. “Find your Suitor @ Waterproof with Bumble, enjoy champagne from Veuve Clicquot & rose from Whispering Angel, you could swipe right & find yourself a date for Valentine’s Day!” Ooh! Lucky gals finding suitors!

Virgin Hotels Dallas is hosting a Galentine’s Drag Show featuring The Golden Gays NYC at 8 p.m. Of course, Dorothy, Blanche, Rose, and Sophia will all be in attendance. Now, this sounds amazing.

Whether you tear up a badass craft project at the DMA, or you get your girl gang together to eff up a bowl of queso somewhere, or you group text your girlfriend gaggle while re-marathoning Cheer and chomping an Olive Garden Breadstick Bouquet at home, encased in every bit of fleece you own, like some fleece burrito person, or you’re the one dude who finds yourself accidentally sitting at the bar in the middle of a Galentine’s Day event, make this Galentine’s Day your favorite Galentine’s Day ever.