This spring, the Dallas Museum of Art will highlight pieces from its permanent collection in various exhibitions that explore cultural exchanges and immigration through art. One exhibit in particular, Flores Mexicanas: Women in Modern Mexican Art, examines the ways women are represented in Mexican art of early 20th century. Works from the DMA’s permanent collection were married with pieces on loan from private collections, and from Mexico City’s National Museum of Art, to create an extensive exhibit which features the work of Alfredo Ramos Martínez, Frida Kahlo, María Izquierdo, Diego Rivera, and Francisco Dosamantes.

The paintings, including María Izquierdo’s Self Portrait, capture women of the period, often wearing vibrant, colorful clothing connected with Mexico’s native cultures. Another self-portrait by Rosa Rolanda pays tribute to “the unflinching modern woman.” Many of the artists depict scenes of everyday life for women in Mexico. 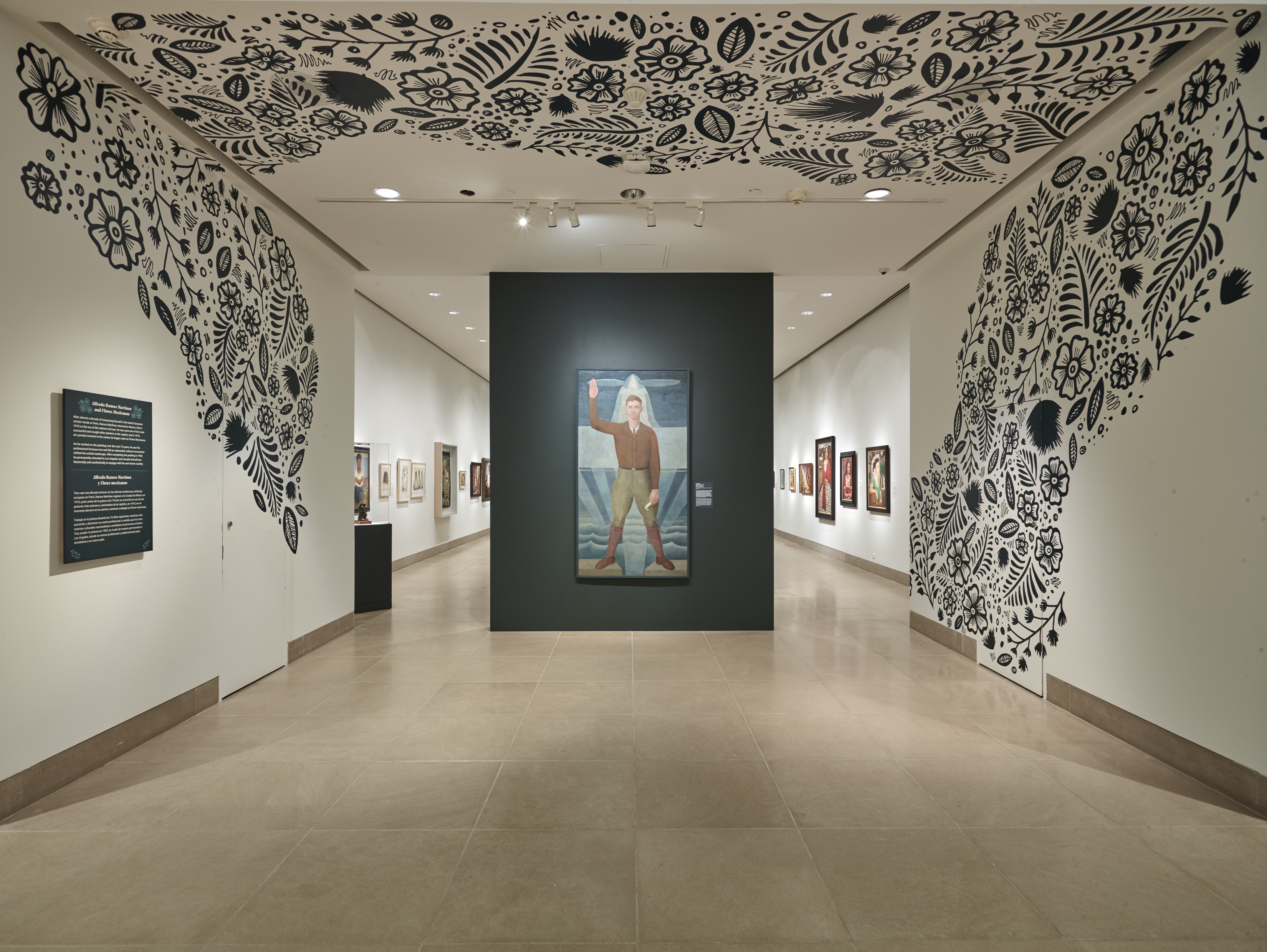 In Celia Calderón’s The Family, women celebrate a new baby, highlighting intimate familial bonds. Francisco Dosamantes’ Women Hanging up Clothes and Three Women with Braids are among many depictions of Mexican women that turn from scenes of “upper-class leisure to images of rural indigenous communities.”

For the second time in almost a century, the namesake piece of the exhibit, Flores Mexicanas by Martínez, is being shown to the public. The painting shows four women among lush greenery and flowers. Martínez’s love for floral still life can also be seen in Blue Jar with Flowers and Flower Seller.

Regardless of their backgrounds and social classes, women are depicted as the fabric of their communities throughout the exhibition. Flores Mexicanas: Women in Modern Art will be on display February 16 through September 20, 2020. The exhibit is included in the Museum’s free general admission policy.