I’ve seen Texas Ballet Theatre’s Nutcracker more times than I can remember, but it never fails to leave me breathless. For the audience, the ballet is a work of magic. Dancers, on the other hand, understand that the magic lies in the work. It takes months of rehearsal and a lifetime worth of skill to look so effortless.

Andre Silva, 33, has danced the Nutcracker with TBT for years. The Brazilian-born dancer started training at the Royal Academy of Dance alongside his mother when he was only four years old. His first turn in the Nutcracker was in 2003, the year he joined TBT. After leaving to dance abroad in 2009, Silva returned to the company in 2016 and has reprised his place in the Nutcracker ever since. “It’s very much in my body,” he says.

Still, tackling a number of physically demanding roles in a single performance is never an easy feat. This year, Silva plays the male lead, the Prince, the Nutcracker, the Soldier Doll, and Trepak (the Russian dancer).

“Oh, I forgot one!” Silva laughs. “There’s a family and we have a fat boy. We have the whole fat suit, it’s kind of funny. So, I do five roles.”

The Nutcracker’s long list of characters requires most dancers to wear multiple hats, and this isn’t the first year Silva has taken on this many parts.

There are about 80 roles for company dancers and 50 for children. Those are filled by 43 dancers from TBT, and 200 school children from the community.

Rehearsals begin in October. Most TBT dancers have the choreography memorized in their bones, but newcomers and dancers who’ve been given new roles get support from seasoned colleagues. It’s a special part of the season, as well as a grueling marathon for the artists.

“For the Nutcracker season, it’s hectic because whenever we are about to open, it’s on,” Silva says. “You turn on your engine.”

A day in the life of the Prince (slash Nutcracker slash Trepak slash Soldier slash Fat Boy) is anything but easy. This is what it’s like to train for the Nutcracker with North Texas’ most esteemed ballet company. 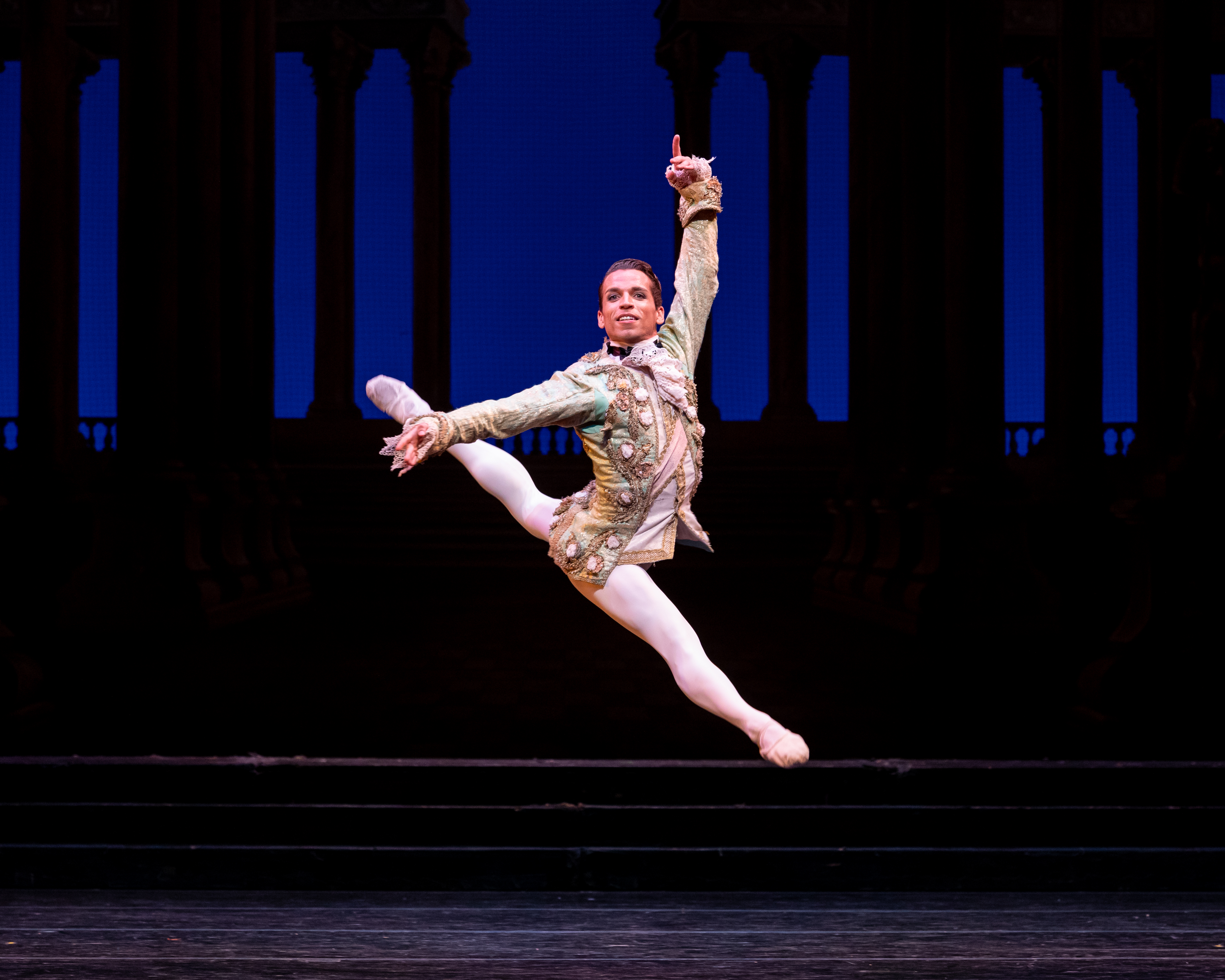 “On a daily workday, whether it’s during the Nutcracker or anything else we work on, I typically wake up at 7. Then I make breakfast and coffee, sometimes I get my lunch ready,” says Silva.

The dancers gather at 9 a.m. for an hour-and-a-half ballet class to practice fundamentals like plies, jumps, and pirouettes.

After a quick breather, the dancers reconvene at 10:45 a.m. for a three-hour rehearsal of The Nutcracker.

“Because a lot of us have already done it for so many years, we basically just teach the new dancers that are in for the season and work with them…Sometimes, some of us who have done it get a new role, so we’ll have to learn a new role.”

Silva doesn’t have any new roles to master this year—he’s already played all five parts in past seasons—but there’s always room for improvement.

“If they’ve been doing it for a few years, then you’ve got to run through and give them pointers, perfecting it again,” says Stevenson.

Silva says the most challenging part of the performance is the Prince, but it’s also the most rewarding.

“The favorite moment for me, I’ve got to say, is in the second act, the Prince and the Sugar Plum dance. It’s such a special moment,” he adds.

After a lunch break at 1:45 p.m., rehearsals continue until 5:45 p.m. Evenings are some of the only free time the dancers have, but it’s also crucial that they use that time to recover.

“Outside of rehearsals, it’s basically just getting home and taking care of your body. Tending to injuries, putting your feet in ice,” Silva says.

The dancer tries to use downtime to center himself and maintain a healthy work-life balance.

“When I have free time during the week, I usually work on my choreography project, or I’ll try to get out there a little bit–go meet some friends, go have dinner, stuff like that to get out of my zone,” he says. “As a dancer, it takes a lot of dedication and balance and strength, mental and physical strength. It takes a toll on you and you have to focus on it more than you have to focus on your outside life. It’s so rewarding though.”