They were great at first. Or, at least, they offered a satisfying art experience in an atmosphere that was a little more fun and a lot less serious than an art museum. They gave artists an interesting vehicle to experiment with their work. They attracted a wide audience of varied ages and interests. The novelty of the immersive pop-up has worn thin but the supply keeps growing. It is time to face the truth: In most cases, you’re better off spending your money elsewhere.

The 1,000-person pop-up falls somewhere between nightclub and IMAX theater, offering  family-friendly productions, trippy laser light shows, and nightlife experiences. Tickets range from $23.50 for the family-friendly show “Stella,” to $48.60 for “Through the Echoes,” which is described as a “technological and emotional odyssey through space and time.” The venue is opening with a clubby New Year’s Eve party on December 31, with tickets from $43 (honestly, not a bad price for the occasion). 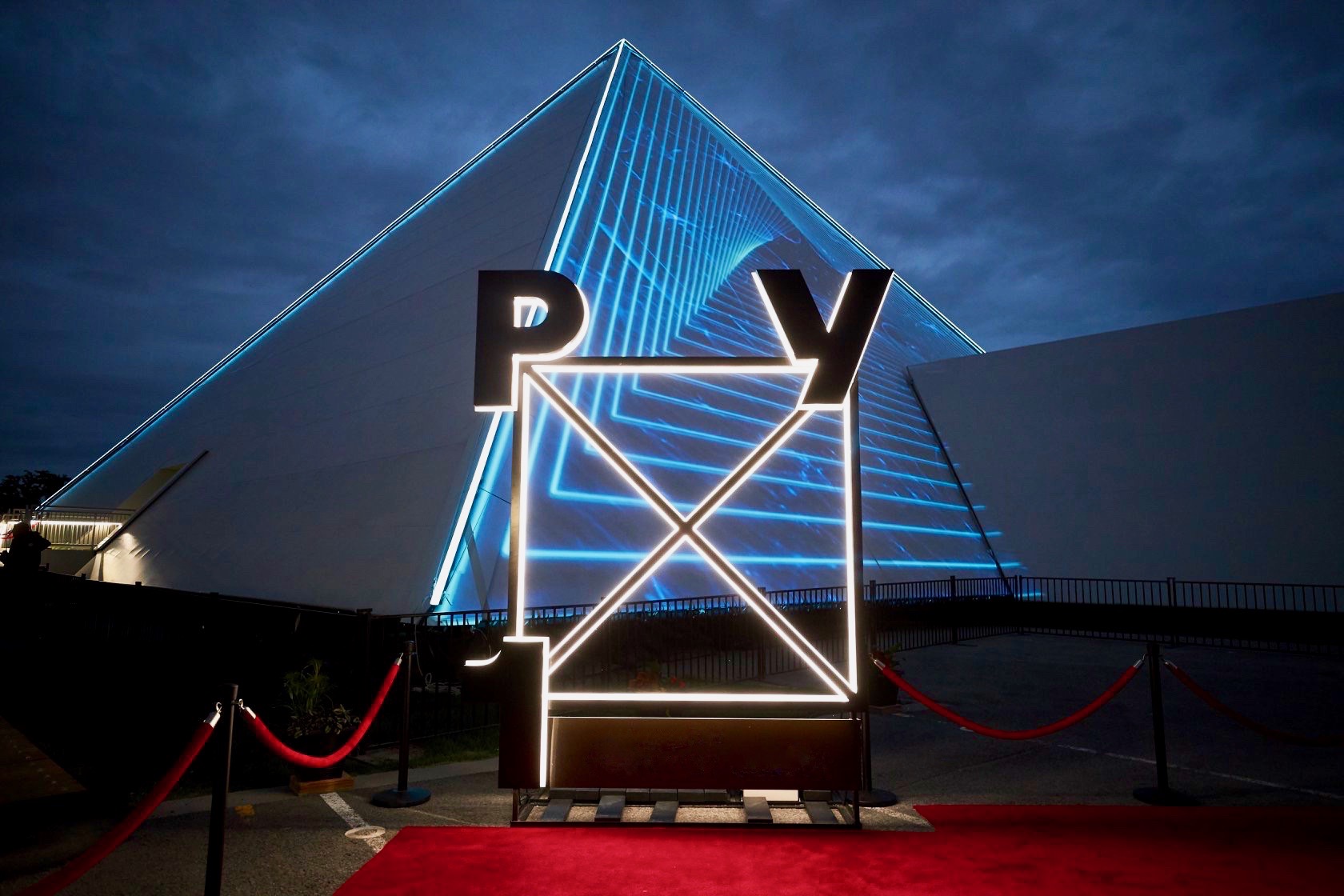 Reviews of the Montreal run were very mixed. Plenty of people said it was a waste of money. Others seemed ecstatic with the experience.

I haven’t been, but I feel like I get the general idea: It’s channeling the energy of Meow Wolf and Sweet Tooth Hotel without harnessing the creativity of local artists or the charm of a DIY production. Even large scale, institutional projects like the DMA’s speechless: different by design are built to highlight the artists, to show a specific point of view. You can see their fingerprints in every detail. I guess that’s where my prejudice against the ambiguous pyramid comes in–the pieces that PY1 is missing are the things that make these concepts more than just a spectacle.

You can slap the label of “immersive pop-up” on almost anything. These days, you need to do more than that to stand out from the crowd. We’ll have to wait until its Dallas debut to see if PY1 is more substantial than just a carnival-by-day, dance-club-by-night.

Edit: After publishing this article, representatives from PY1 reached out to let us know that there are, in fact, several local artists involved in the project. The venue is employing 100 local team members for its Dallas run, including drag queens Aubry Roach and Mason Bradshaw, dancers Krystal Hurd, Mulan Nguyen, Stefka Sotirova, Daylan Washington, and others, and several Dallas-based DJs.