Imagine this: You’re sitting at the American Airlines Center, enjoying a drink and waiting for the concert to start, when, suddenly, men in robes come on stage and light the set on fire. I don’t know what I was expecting out of The Chainsmokers concert, but I wasn’t expecting that.

When The Chainsmokers announced they were playing at American Airlines on Halloween, I was excited. They are the type of band that, even if you aren’t their biggest fan, you still know a lot of their songs. I knew the musical duo for their breakthrough song “#Selfie,” and their hit “Roses,” but I didn’t anticipate how intense and dedicated their fanbase was.

Their opening act, Lennon Stella, wasn’t what I expected for an EDM concert at all. You might not recognize her name, but you have probably seen the viral video of her and her sister, Maisy, singing “Call Your Girlfriend,” which was uploaded in 2012 and has accumulated 30 million views.

Stella’s sound was made to dance to—some moments the crowd was jumping up and down, while other songs had them swaying with their phone flashlights on.

Next, out came 5 Seconds of Summer, a punk rock band best known for their hit, “She Looks So Perfect.” The band’s sound has changed quite a bit over the years, and its set list showcased that with a mix of oldies like, “Amnesia” and its newer, edgier music like “Youngblood” and “Easier.”

The Australian four-piece came dressed as each other (except for its drummer Ashton Irwin, who said he dresses up everyday anyways and opted out of this), and had hundreds of fans in the crowd singing along to every one of its songs.

When The Chainsmokers finally came out, they were dressed in hoods, walking in a cult-like circle. The crowd went from screaming to murmuring within seconds as everyone watched to see what would happen next. Suddenly, one of the cloaked men lit a set piece on fire, and they ran to their positions to start the show. 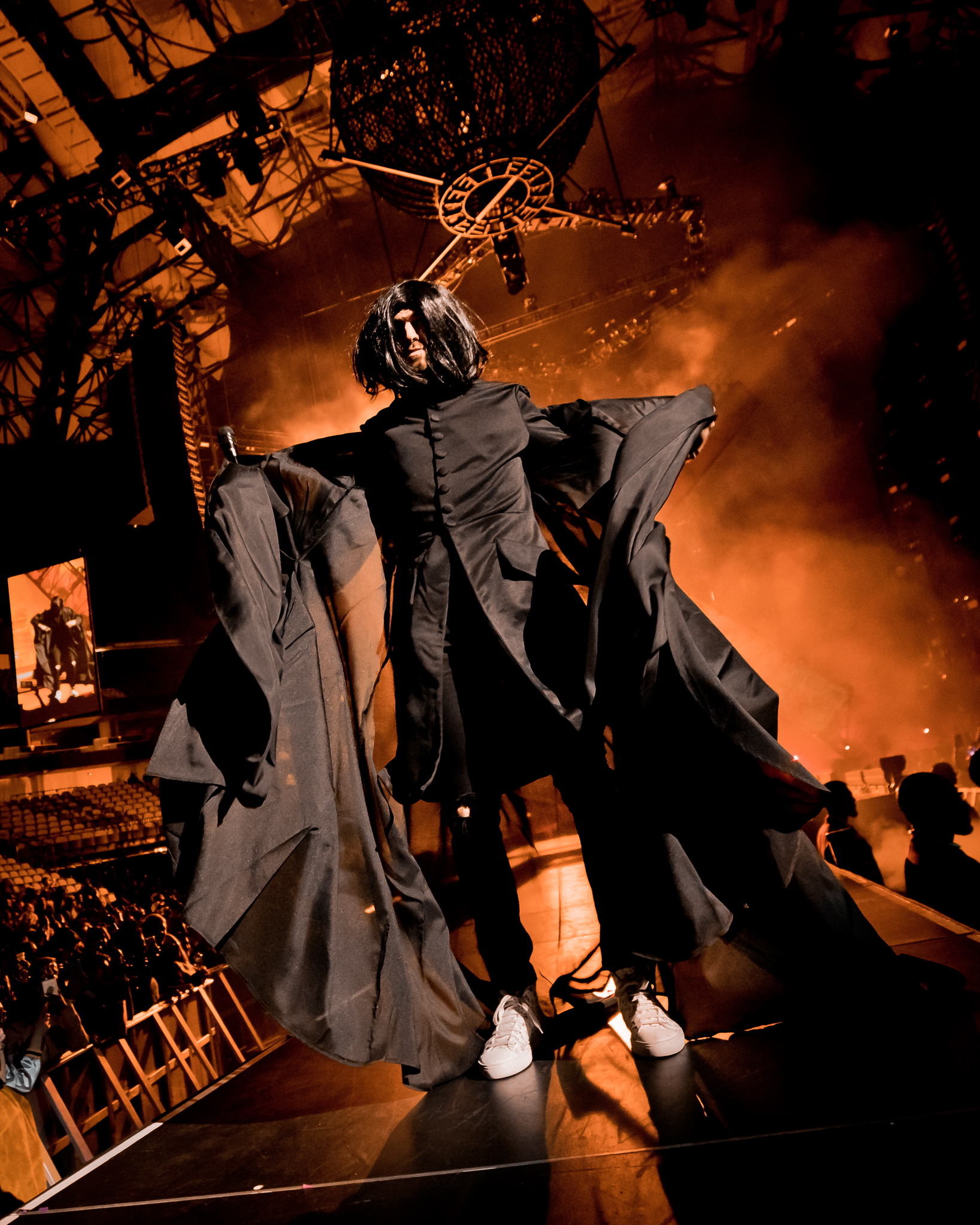 As they removed their robes, they revealed their costumes—Drew Taggart as Severus Snape, and Alex Pall as Albus Dumbledore. Their drummer, Matt McGuire, was Harry Potter, rounding out the wizard theme.

Playing a selection of their own hits and remixes of popular songs like “Mo Bamba,” the crowd got wild instantly. The audience trickled in during the opening performances, and by the time the main act took the stage, the crowd was packed in the stadium and ready to get rowdy.

The most impressive part of the show wasn’t the music, though. The Chainsmokers pulled out all the stops to take this tour to the next level, and the smoke, fire, and fireworks inside American Airlines Center proved that to be successful.

I’ve been to multiple concerts at the AAC over the years, but this was by far the most extravagant production I’d seen from an artist there.

As they played “Everybody Hates Me,” Taggart walked unto a catwalk and was raised and carried over the crowd as he sang and danced. Everyone jumped and sang along to the song, and for three minutes we all forgot that he wasn’t wearing a harness and danced along with him.

That wasn’t even his best trick. Later, he climbed into a large metal ball, and ran around it as if gravity didn’t exist, complete with gusts of smoke surrounding him. The crowd cheered him on, and I’m still not sure if they were more fixated on him or the music. 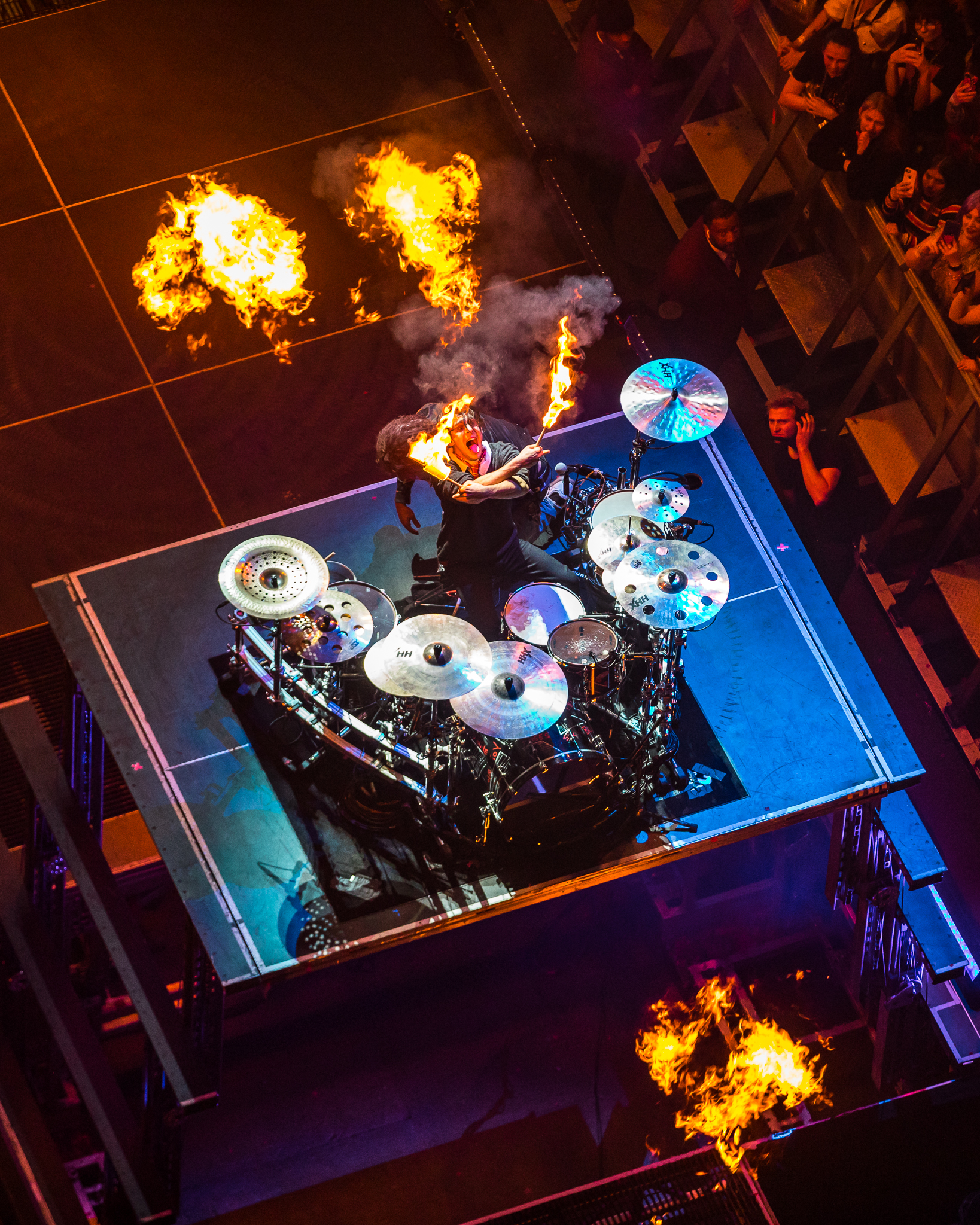 McGuire had his moment to shine, too. Halfway through the concert, they brought him down to the catwalk, where he had an impressive drum solo—while his drumsticks were on fire.

Throughout the night, the Chainsmokers brought out their openers to perform songs with—Stella for “Takeaway” and 5 Seconds of Summer for “Who Do You Love.” In the songs that had a featured artist that wasn’t there, Taggart took over, while Pall manned the DJ equipment behind him.

They rounded out the night with an encore performance of “Closer,” which originally featured Halsey. The crowd kept the energy as high for the final song as they did the first song, and the girls in front of me even got emotional during the chorus.

My biggest “Takeaway” from this concert was that the Chainsmokers go hard in every single one of their performances, including crazy stunts and effects to keep the crowd constantly entertained. I went into the night thinking “Don’t Let Me Down,” and left wanting “Something Just Like This” in all my future concerts.