Several months ago, a group of Dallas creatives started thinking about the city where they live. Some were transplants and some were natives, but none had a particularly clear understanding of Dallas’ identity. So, they started researching. They talked, read books, and worked out their findings through art-making. The outcome is Next Exit, a collaborative exhibition at Ex Ovo gallery in West Dallas that raises many questions about Dallas without imposing answers.

The show was co-curated by Ex Ovo owner Allison Klion and the artists, Jonathan Molina-Garcia, Trey Burns, Finn Jubak, and Harris Chowdhary. Like the previous shows at the newish gallery, Next Exit is an unorthodox presentation of art objects, this time depicting and dissecting the city through a few lenses.

“I grew up in Dallas,” says Klion. “Jonathan was born in El Salvador and moved to Arlington when he was, like, seven. Harris grew up in Richardson, and he is, I believe, a first-generation Pakistani American. Then Finn and Trey are fairly new to Dallas. They each moved here in the past year. So, we all came with different perspectives and understandings of the city.”

The group started meeting at each of the artist’s studios, talking about their work and their ideas of the city, exploring everything from legibility of the built environment to legends of Dallas’ founding, and how those ideas played into their practices. 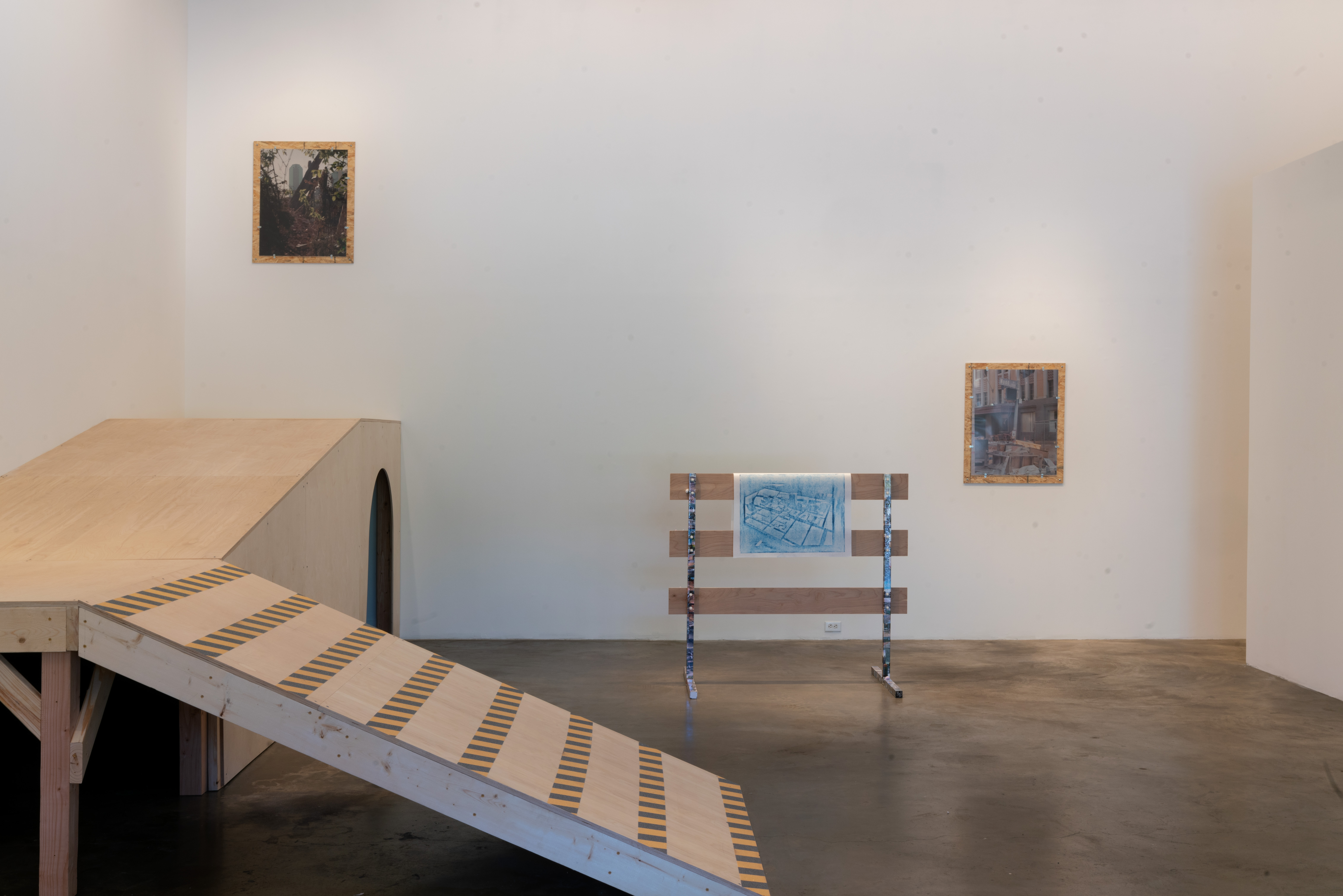 Installation view of Next Exit. Photo by Finn Jubak.

Being a native New Yorker, Jubak moved here with no car and began to explore the city on foot, documenting what he saw along the way. His photographs are scattered throughout the walls of the gallery, showing an outsider’s perspective of a driver’s city. Ironically, you have to walk up a overpass-like wooden ramp to get a close look at some of the frames, hung high out of pedestrian reach.

A couple feet away, a second ramp provides a bird’s eye view of Jonathan Molina-Garcia’s Omni Hack, a scale model of the Omni Dallas hotel complete with LED stripes. Here, rather than projecting corporate logos, Molina-Garcia uses the hotel’s surface as a message board to the city. His Omni reads “BLACK LIVES MATTER,” among other things.

Trey Burns, a lens-based artist who operates Sweet Pass Sculpture Park next door with his wife, has almost hidden his work in various corners of the show, perhaps a nod to Dallas’ suburban sprawl. He presents two viewing boxes giving a peek into everyday Dallas life; a video and sound installation tucked under the wooden ramp (you have to crawl inside to view it); a sign-turned sculpture; and various casts of snails. 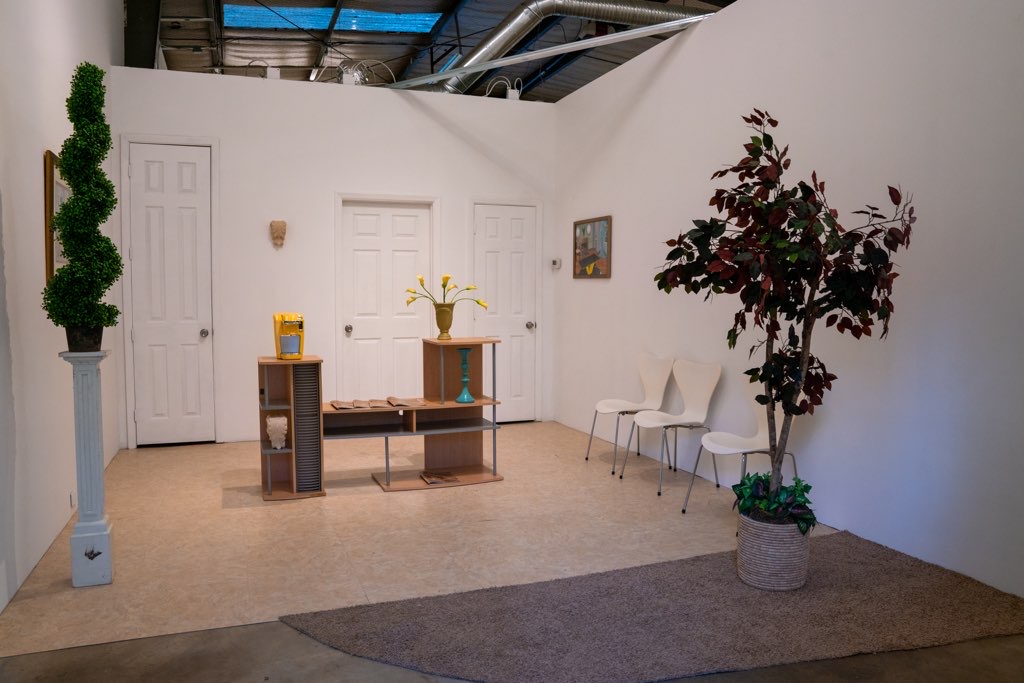 Installation view of Next Exit. Photo by Trey Burns.

Chowdhary’s work occupies the back room of the gallery, a surreal waiting room outfitted like a furniture store, with piles of catalogues labeled Simple Pool: Now Everyone will have their Dream Home. The artist works primarily in rendered digital imagery, a technique that’s employed in framed images on the walls and the catalogue, and even comes through in the room’s strange setup.

This exhibit doesn’t really tell you what to think about Dallas. It simply offers some experiences, some aspirations, some observations—from artists with varying experiences with the city.

“We don’t know the city that well. We’re all really young. Some of us have just moved here. I consider myself, in some ways, a total newbie. I just came back after 12 years gone, and I wasn’t deeply engaged with the whole breadth of the city,” says Klion. “So, I think we all were pretty hesitant to say that we know anything. But it’s been really interesting to see what we see, and for the artists to put their images and ideas out into the populous and see how people react.”

You can see Next Exit at Ex Ovo until December 7. There will be a screening of David Byrne’s Dallas-filmed True Stories in conjunction with the exhibit at Sweet Pass Sculpture Park on Monday, November 4. The gallery will be open from 5:30-7 p.m. that evening. RSVP here.