The Dallas Museum of Art’s latest special exhibition isn’t meant to be viewed so much as experienced. speechless: different by design features six leading and emerging international designers who have created site-specific installations intended to foster “participatory environments” and engage the senses. If you think that sounds a little bit like the Instagram-friendly, immersive pop-up museums that have spread across the city like the plague, you wouldn’t be wrong. Perhaps this is the DMA’s answer to places like Sweet Tooth Hotel and 29Rooms.

More likely, though, the resemblance is just a sign of the times in the museum world. They know people want photos with the art. For many, that might be the only reason that they’re there. The DMA might be catering to that demand–as it did with Dior and Yayoi Kusama–but that’s not main objective of this exhibit. Beneath its shiny veneer, the show is about thoughtful design. So, it may not be an Instagram factory, but it is photogenic.

In one room, designer and filmmaker Matt Checkowski gives the other artists’ voices a visual form with “Glyph,” a film installation translating words from interviews into images pulled live from the web. In another room, artist and designer Yuri Suzuki presents “Sound of the Earth Chapter 2,” a large sphere made up of slices, each fault line spilling with sounds crowdsourced from that part of the world. 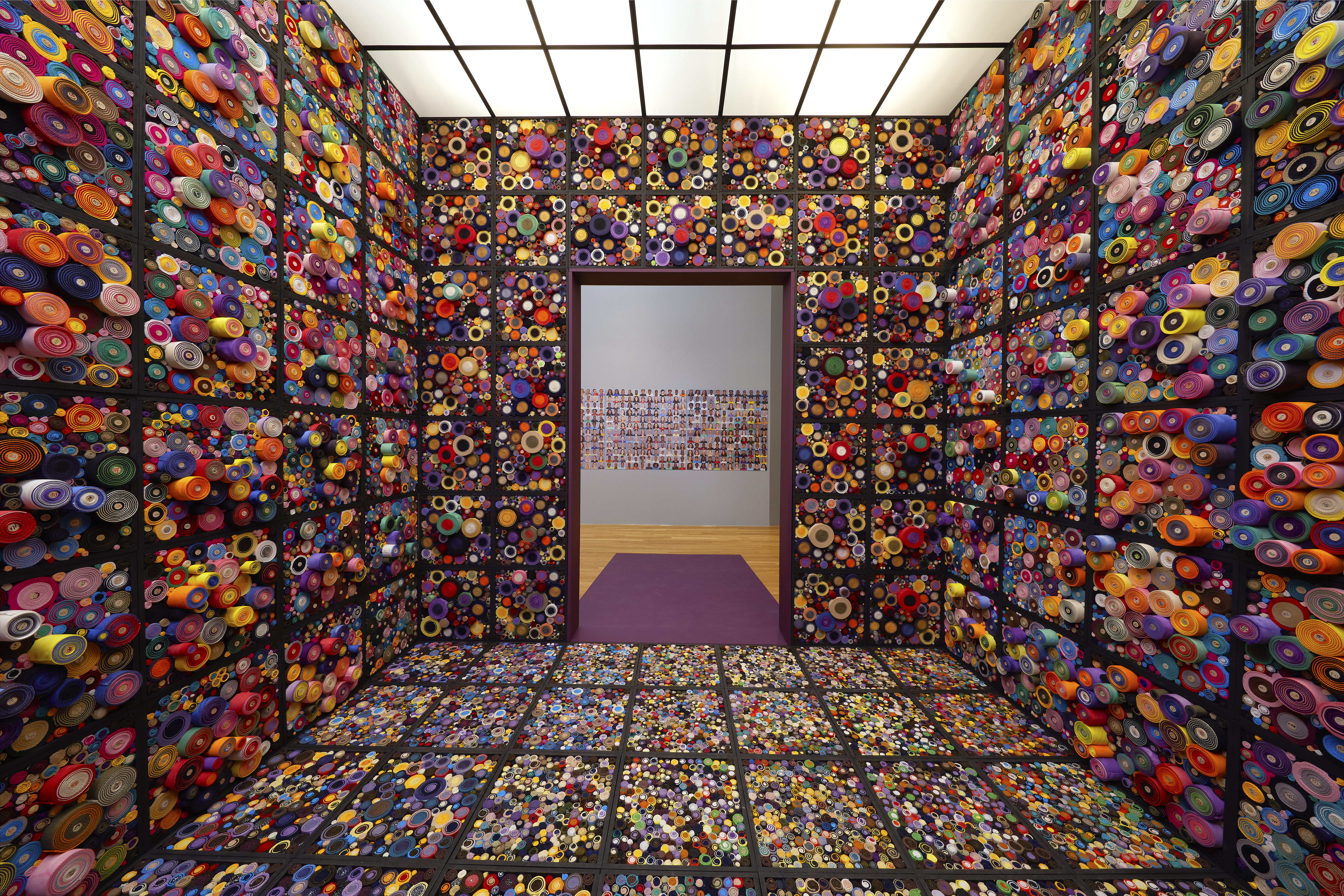 “This exhibition is about blurring the boundaries between senses, media, disciplines, and environments to encourage visitors to interact and communicate through design,” said curator Sarah Schleuning in a statement. “speechless: different by design is about what makes us as individuals unique—the challenges we experience through ourselves and others—ultimately defining the interconnections among all of us.”

The most obvious manifestation of that is probably “Scroll Space,” a tactile room presented by New York-based artists Steven and William Ladd. The brother team collaborated with 1,700 community members in Dallas and Atlanta to create the textile “scrolls” through their program Scrollathon, an effort they hoped would bring the arts to underserved populations. The small room is made from tens of thousands of these fabric scrolls–the floor, walls, and ceiling are adorned with pinwheel after pinwheel.

Switzerland-based Ini Archibong suggests a non-traditional way to experience sound in “theoracle,” an installation which visualizes sound through movement, shape, light, and color. This part looked really cool–complete with a pool to illustrate sound waves and hand-blown glass shapes that shift with the sound–but it was closed during my visit. 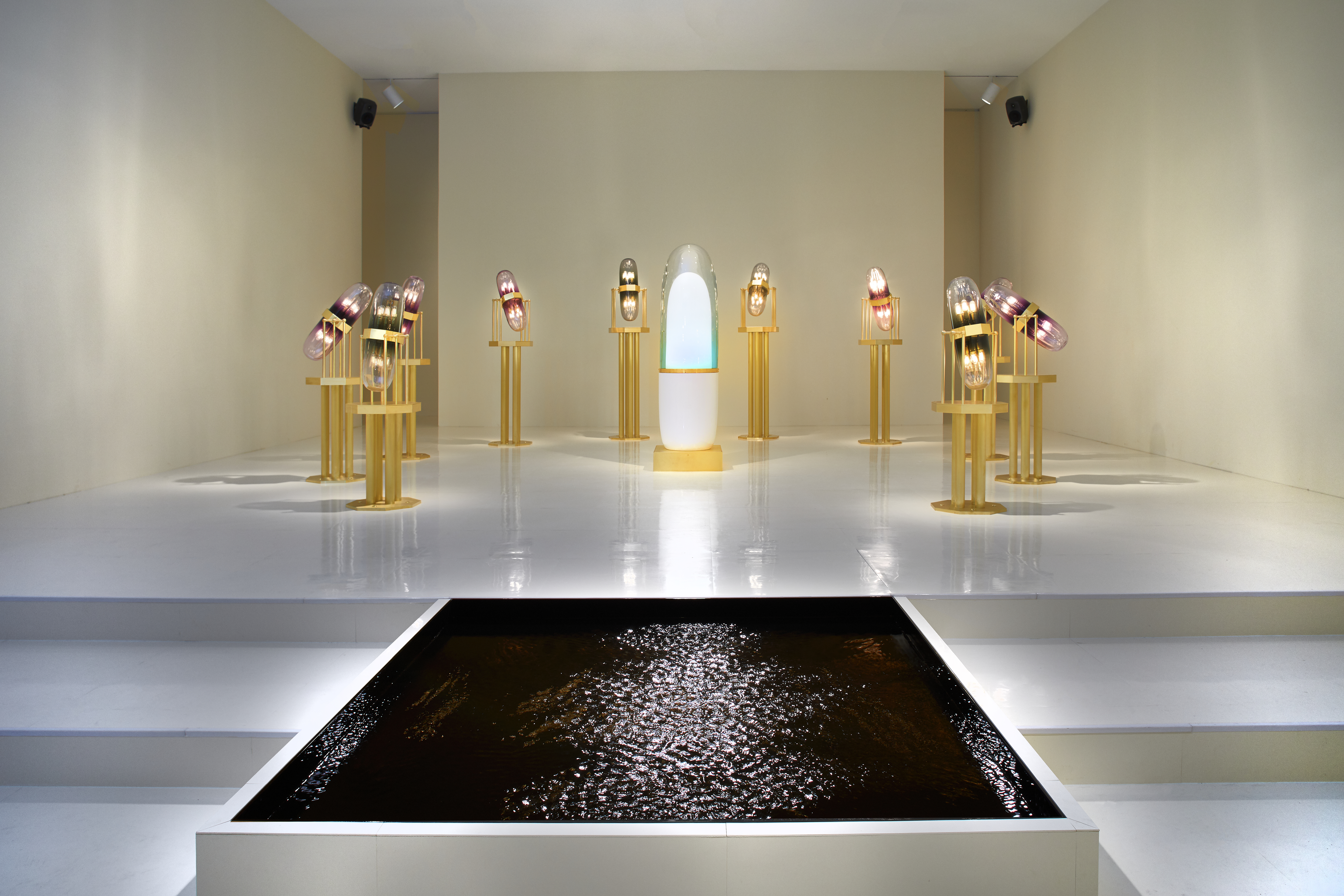 There’s even a “sensory de-escalation” area in the center of the show to highlight the exhibit’s corresponding publication by Laurie Haycock Makela, which documents each installation and features conversations between the artists and the curator. There are lounge chairs, weighted pillows, noise-cancelling headphones, and a velvet-bound copy of the show catalogue to finish off the sensual feast.

speechless: different by design was co-organized by the Dallas Museum of Art and the High Museum of Art. It’s on view in Dallas through March 22, 2020, and will then travel to Atlanta in April.