Dallas-Fort Worth has been fertile ground for the resurgence of vinyl culture over the last decade. Spinster Records, in particular, has become a noted brand within the industry since opening in 2014. In addition to its record selection, Spinster has endeared music fans by hosting live shows, album release events, and meet-and-greets.

While the shop has been associated with the revitalization of the Bishop Arts District, its location was actually Bishop Arts-adjacent, just on the outskirts of the neighborhood at W. Davis and N. Tyler Street. On September 15, just shy of its fifth anniversary, Spinster moved to join Bishop Arts District proper, reopening at 408 N. Bishop Ave.

Kate Siamro wears many hats for Spinster Records, from sales, to event planning, to online brand ambassador. She spoke with us about the move and their plans for the new location.

“The move was brought on by a multitude of things. I think, mainly, we wanted more foot traffic and high energy. Bishop Arts is growing–and it was about time we jumped on it,” she says. 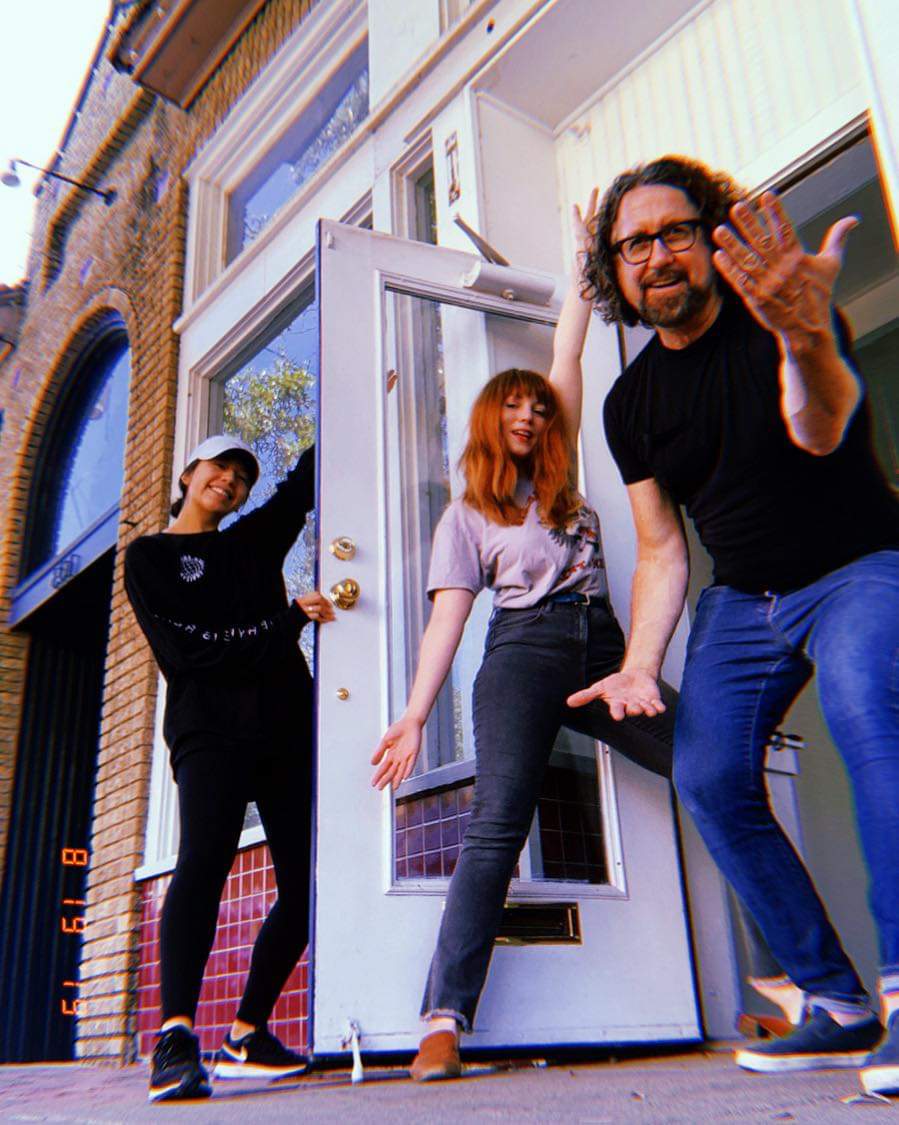 The Spinster team at their new location in Bishop Arts.

The past and present Spinster locations are separated by a whopping 0.6 miles, and it takes three minutes to drive from one location to the other, five if there’s heavy traffic. It’s a short distance, but the relocation is a significant change for the shop.

“Even though we were only a mile away, we felt off-the-grid. We also saw how well our second store in Tulsa was doing in the Brady Arts District, which is basically the Deep Ellum of their city,” says Siamro. “We are a lively, energetic store and love having a loud and involved community around us. We thrive off that, and we feel Bishop Arts will give us that.”

The interior of Spinster will be familiar to patrons. The new location is about the same size as the original, and the red and white logo is still emblazoned on the wall. New additions to the interior will include a retro lounge space featuring a mural by Sealion frontman Hunter Moehring.

“I feel when people see the lounge spot, they will realize how much good energy records and a turntable can bring to a living room,” says Siamro. 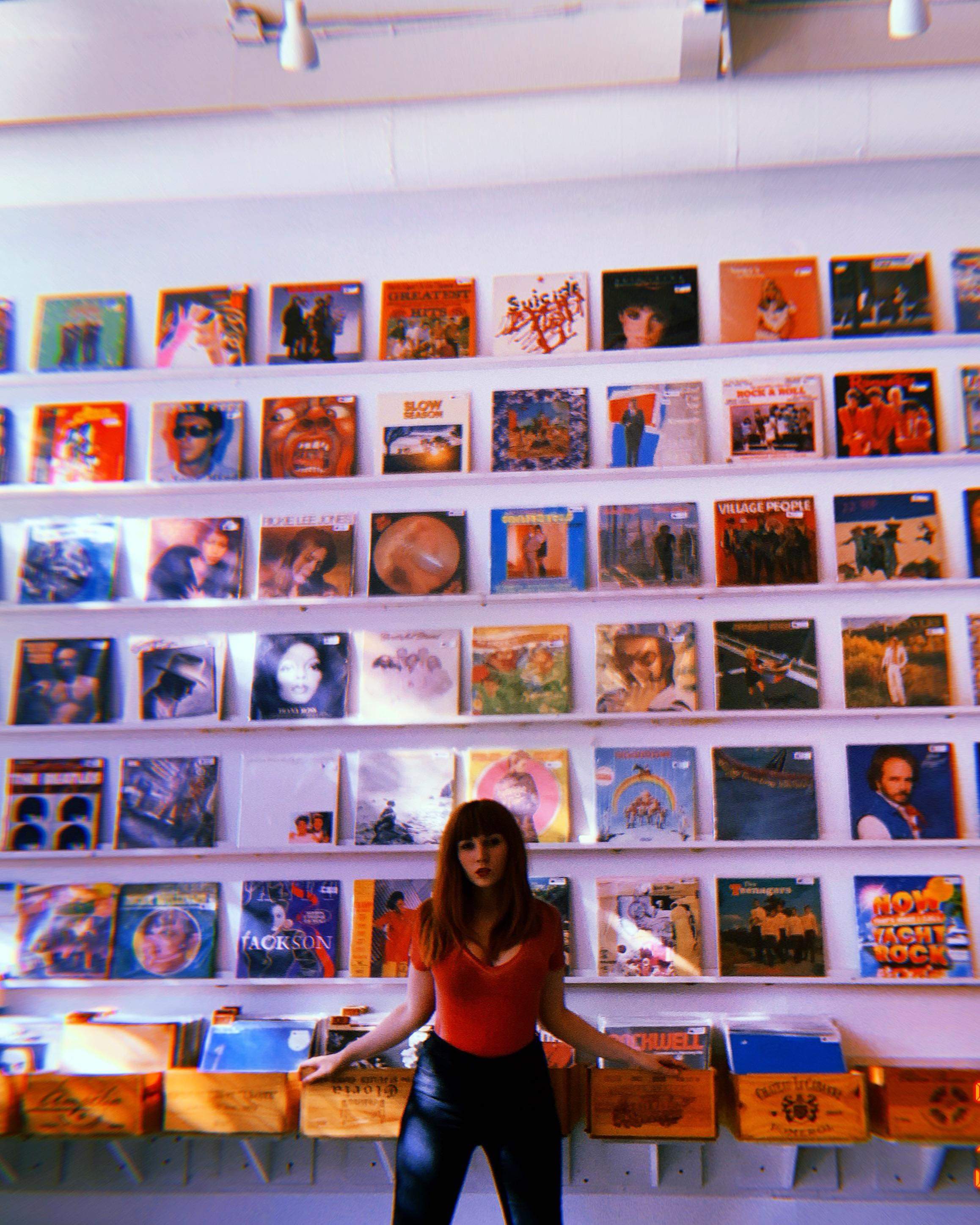 Spinster also plans to ramp up its event programming in the new digs.

“We will be having more live performances, pop-ups, and album release events,” says Siamro. “It’s about time Bishop Arts had another music spot. There’s Wild Detectives, Revelers Hall, and now us.”

Siamro believes what sets the store apart from its competitors is the make-up of their staff. “We’re different than most record shops. The majority of our staff is female, both here, and at our Tulsa location. Music retail is still a male-dominated industry, and we’re fighting against that current,” she says. “Also, the store is clean and we’re kind. That seems like a dorky thing to say, but you’d be surprised how many people shy away from record shops because of the stereotype, pretentious audiophile asshole working there. We’re not like that, we won’t make someone feel inadequate because they want what’s on the radio or don’t know anything about turntables. We want everyone to get into it, because it’s the best way to listen to music.”

Spinster’s Grand Opening Party will be held next Friday, October 11 at 8:00 p.m. Entertainment will be provided by DJ Sober, Sealion, Paper Saints, and Hawk vs. Dove. It’s free and open to the public.