Enjoy unlimited access to all of our incredible journalism, in print and digital.
Subscribe Now
Advertisement
State Fair of Texas

There are about 45 along the Midway. Let us guide you, from the intense to the relaxing.
By Christiana Nielson | October 4, 2019|1:06 pm
Advertisement

I admit it. I was in over my head when I signed up to try to ride all 45 main rides in the Midway at the State Fair. Maybe I still felt like the 15-year-old who used to beg my mom for more coupons so I could check more spinning contraptions off my list. Maybe I forgot that I’m turning 30 next year and don’t bounce back the way I did before (which also applies to drinking wine).

At any rate, my memory was jogged quite harshly on Monday when I set out to ride as many rides as I could. I didn’t get far. But I did get sick, in a trash can next to the candy apples. I blame that partly on choosing the wrong ride to start out with, but I don’t want to make excuses.

After I got through 10 rides, beads of sweat oozing from my ashen face, I vowed to give them up altogether. But then again, I may forget this traumatic experience after I turn 30 and sign up to attempt 45 rides a second, foolish time. So there’s always next year.

For the 10 rides I managed to conquer—most of which were enjoyable, despite my inability to stomach a few—I’ve broken down the details and rated them from 1 to 5 corn dogs, with 5 being the best, so you know what’s worth your coupons and what’s not. Bon voyage! 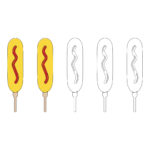 This first and most nauseating ride is what did me in for the rest of the afternoon. A larger platform spins around continuously while the individual cars on the platform spin simultaneously. It is inception spinning. I rode alongside screaming children, which didn’t help. It did nothing but spin in the same direction. My stomach crept up to my throat and never left. And I never really recovered.

This ride didn’t have a formal name on it, but everyone knows what the swings are. It is a classic fair attraction and is fun for everyone. I enjoyed the nice breeze after the Storm, although I was still reeling. 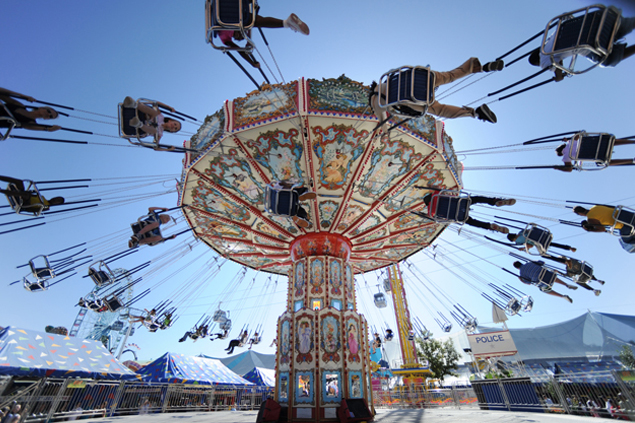 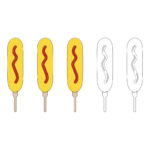 Sitting in the Skyway car was a nice respite from the turbulence on the ground. It was more transportation than ride, but I recommend it if you feel ill from spinning. A solid view and experience for fair first-timers. 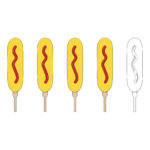 The Fair wouldn’t be what it is without its most recognized feature – the Texas Star. It requires a healthy dose of coupons, but I think everyone should ride it once for the skyline view and the nostalgia. After that, the long line isn’t worth it.

I had never gone up the tower before and wondered why not after I set foot in the gloriously air-conditioned cabin. It spun slowly as it went up and then down, providing killer 360-degree views of the city. If nothing else, it was a lovely break from the heat. 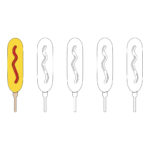 This was just a very, very slow roller coaster through a vaguely haunted house. Mummies and dead people popped out at me, but it was not scary, which says a lot coming from someone who gets creeped out by haunted houses. Mostly, it was just hot inside.

I was feeling a little better and decided to launch myself 165 feet in the air because I love heights and apparently lack common sense. It was probably not the best idea considering my state at the time, but in spite of that I had a blast. It costs a bundle, so I recommend doing this once every few years.

I really felt every twist and turn in Iron Dragon, a roller coaster that could at times be pretty rickety. This is a good ride for folks who like neither heights nor spinning, but it wasn’t super exciting.

The Log Flume has been around for a long time. I appreciated that it was slow-going, and no one seemed to be in a hurry. The drop at the end was fun and provided a refreshing spritz rather than a full soaking.

Ending my afternoon on a fast roller coaster of sorts that went in an endless circle was…brave. But the ride itself was great, and the music kept me going. Then I tapped out, went home, and took a three-hour nap.

Because of increased needs in recent years, a new patient tower and emergency department expansion is in the works.
By Will Maddox
D Magazine Directories