Kitchen Dog Theater will kick off its 29th season this week with a love offering by Jonathan Norton, directed by Kitchen Do Theater’s Co-Artistic Director, Tina Parker.

Norton, a local playwright, has been writing plays since he was a freshman in high school. He currently is a resident playwright at Dallas Theater Center, and holds multiple awards for his work, including the 2016 M. Elizabeth Osborn Award given by the American Theatre Critics Association. You may have seen his touching tale about growing up in Pleasant Grove, penny candy, at the Wyly this summer.

Now, he presents a love offering, another play inspired by his own childhood in Dallas.

“The whole reason I was writing this play about a young mother working in a nursing home is because my mother worked in a nursing home when I was younger and it’s always been fascinating to me,” Norton says. “The group of women she worked with, and the community, and the way they relied and depended on each other, I wanted to write about that.”

A love offering stars Whitney LaTrice Coulter as T’Wana Jepson, a nurse’s aide looking after patients with Alzheimer’s disease and dementia. Getting hurt comes with the job, but after she is attacked by a patient she is caring for, the bonds she’s formed at work suddenly shift. 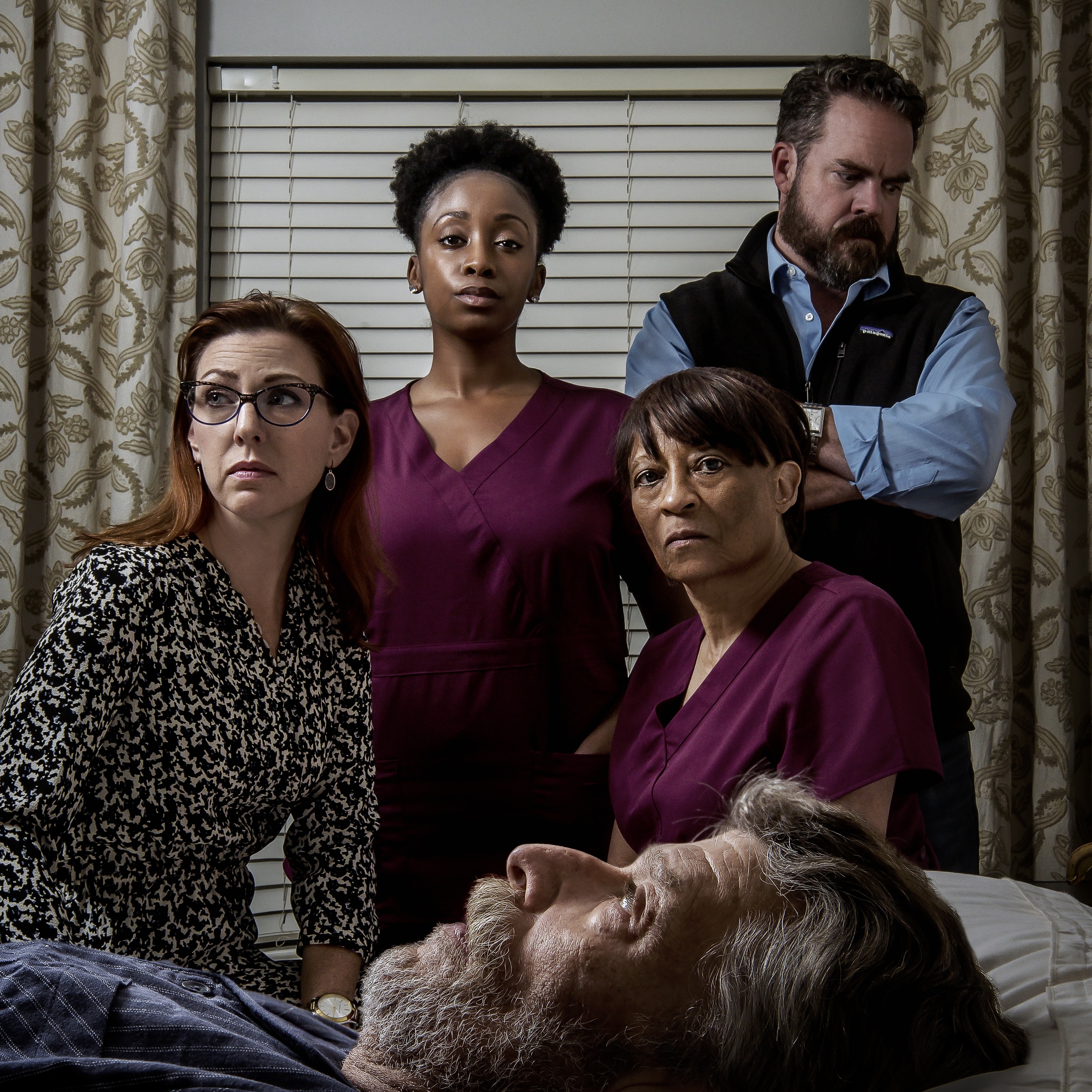 For Norton, he hopes that people take away just how hard it can be for families and caregivers alike in these difficult situations.

“I believe it shines light on women who are caregivers, particularly those caregivers who are completely vulnerable and in marginalized positions,” Norton says. “Women in these positions are working very, very difficult jobs for very, very low pay, and to me, it’s really important to shine light on those stories and remember those women, like my mom and the women she worked with.”

Besides the storyline of taking care of sick loved ones, a love offering also tackles the topic of race, and how it effects the people we love in these situations. (Note that the play contains strong language and racial slurs.)

“In the nursing homes, you have all these old white people, and then you have these black women take care of them.” Norton says. “I was seeing that as a teenager and trying to process how I felt about it, remembering that many of the residents likely had African American caregivers when they were babies and children. From the cradle to the grave, it was black people primarily taking care of white people. That was something that was difficult for me to process.”

a love offering sends the message that dealing with vulnerable emotions allows us to grow, and that taking care of ourselves is just as important as taking care of the ones we love in the midst of it all.

The play will run from October 3 until October 27 at Trinity River Arts Center, with shows Thursday through Saturday at 8 p.m. and matinee shows on Sundays at 2 p.m. On Thursday, a reception will follow the opening night show with Norton and fellow creatives.

On Friday, October 18, $10 from every ticket sold will be donated to The Bonnie Jean Foundation. Bonnie Jean Stoner was a longtime supporter of theaters in the area, and the foundation created in her honor provides youth with arts programming.

Tickets can be found on the theater’s website for $30.