The Goss-Michael Foundation recently opened the first Dallas solo exhibition of beloved street artist Marquis Duriel Lewis, better known as RETNA. The Los Angeles native veers away from his typical text-based work here (hence the exhibition being titled under his full name), experimenting with wildly colorful and abstract portraiture inspired by children. The exhibition, Dovetail Mortises & La Peluca Grande, was curated by Dallas’ Maxine Trowbridge. There are a few of those hieroglyphic-like pieces which RETNA is known for, but the show explores another side of the graffiti pro. It’s on view through November 9. The gallery is open Tuesday through Friday from 10 a.m. to 4 p.m. and Saturday from 1 p.m. to 5 p.m.

Canadian painter Wanda Koop is highlighted in a Focus Installation on view at the Dallas Museum of Art through February 2, 2020. The exhibit, Koop’s first solo museum show in the U.S., homes in on her Dreamline series, in which the artist interrupts soft, surreal landscapes with deliberately placed drips of paint to cut through the canvas and draw in the viewer. There are eight never-before-seen Dreamline paintings, as well as more than 20 earlier works that span Koop’s two decade career. Concentrations 62 is on view in the Focus II Gallery and admission is free. The museum is open Tuesday through Sunday from 11 a.m. to 5 p.m., with extended hours until 9 p.m. on Thursday. 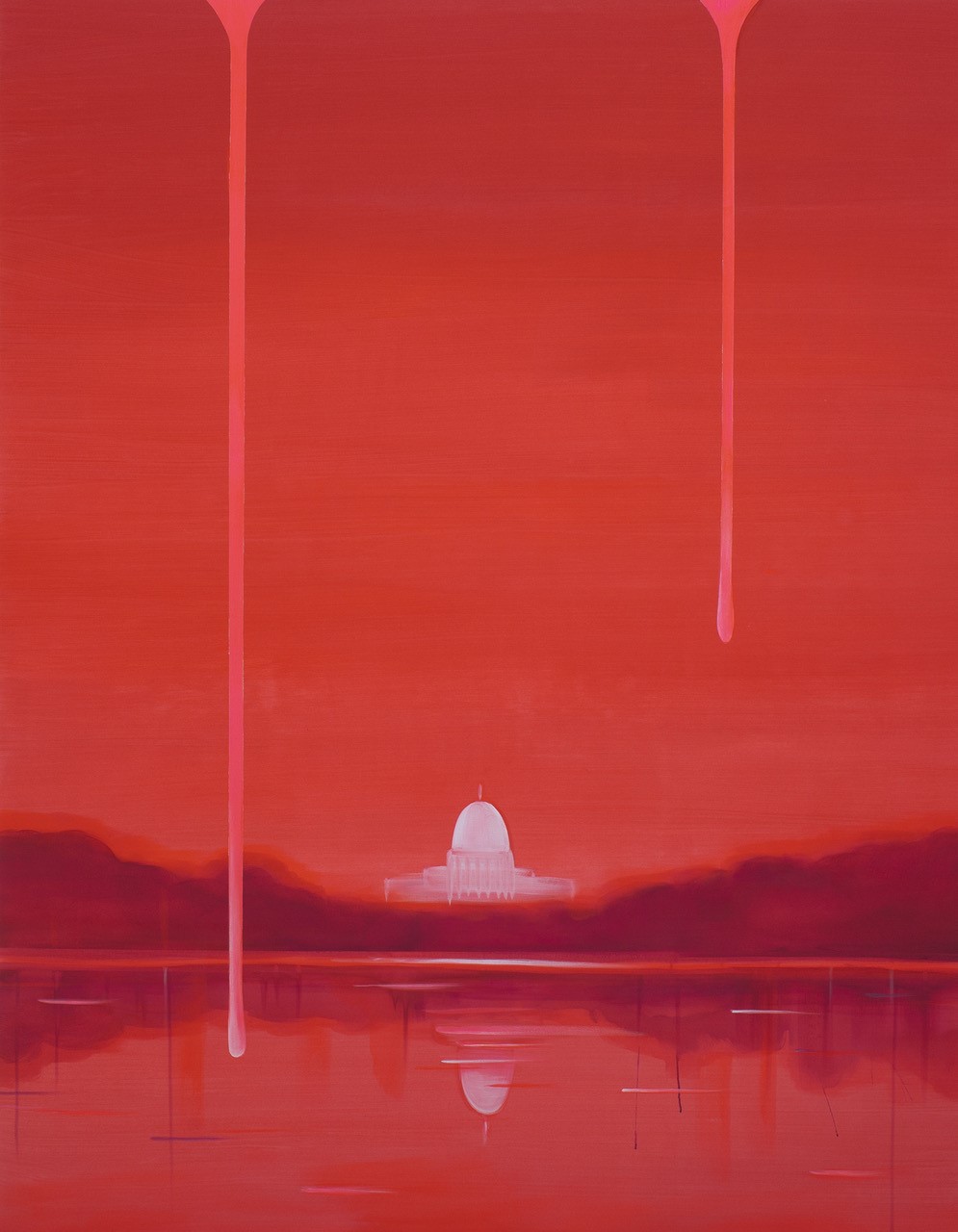 Wanda Koop, Capitol, 2019, acrylic on canvas. Courtesy of the artist.

At the newly opened Ex Ovo gallery, owner Allison Klion and four local artists contemplate Dallas and its landscape, built environment, history, and aspirations in Next Exit. The selection of work “consists of the manifested footnotes from these discussions,” from a scale replica of the Omni Hotel to augmented photographs and videos of the city. The artists, Trey Burns, Harris Chowdhary, Finn Jubak, and Jonathan Molina-Garcia, worked collaboratively to design the installation as a reflection of a city experience. The show is on view through December 7. Ex Ovo is open Wednesday through Saturday from noon to 6 p.m.

The Modern Art Museum of Fort Worth presents We, The Masses, a 20-year survey of artist Robyn O’Neil, who is known for her intricate graphite drawings. O’Neil often creates sprawling, apocalyptic landscapes and populates them with animals and tiny men in black sweatsuits. The scenes are a commentary on the state of the environment, and more generally, on the human experience. You can read Lauren Smart’s write-up of the show here. It’s on view through February 9, 2020. The museum is open Tuesday through Sunday from 10 a.m. to 5 p.m., with extended hours on Tuesday and Friday.

The Dallas Center for Photography opened the first non-commercial, nonprofit photography gallery in North Texas earlier this month with its inaugural exhibition, Sacred Spaces: A Sharing Through Photographs. The show is a project of the interfaith group Friends for Good and includes photographs taken by amateur photographers from Jewish, Muslim, Christian, and Unitarian congregations in Dallas. It’s more about spiritual connection than religion; Sacred Spaces can be found anywhere from a temple to a quiet nook of a home. The exhibit is on view through November 2. The gallery is open Wednesday from 2 to 7 p.m., and Thursday through Saturday from 11 a.m. to 5 p.m. 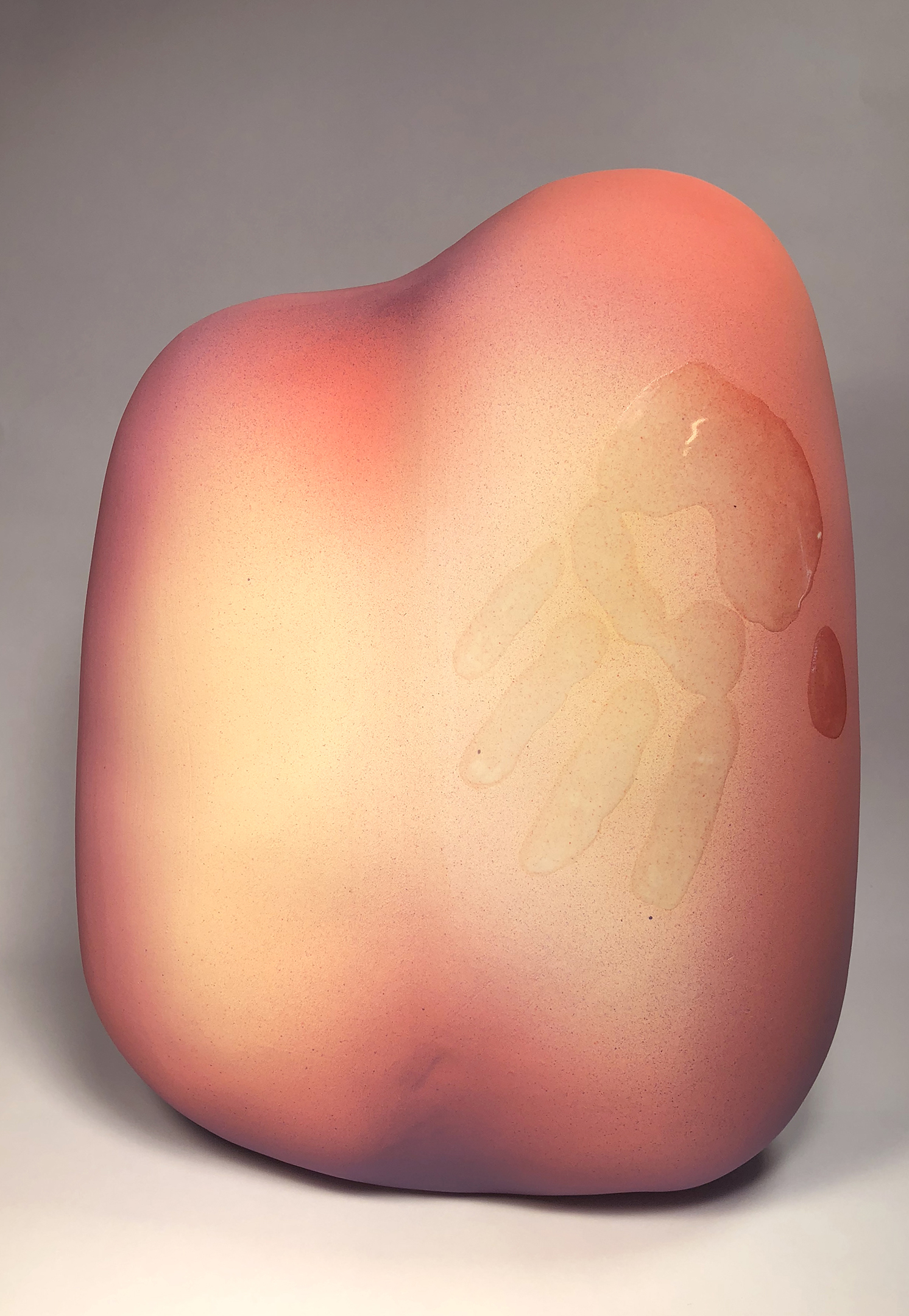 Conduit Gallery is highlighting three bold Texas artists in separate solo exhibitions; Slow Eddy by Dallas-based Marcelyn McNeil, Exception: Works on Linen and Paper by Denton-based Annette Lawrence, and On Some Faraway Beach by Houston-based Angel Oloshove. McNeil presents modern, form-driven oil paintings and works on paper. Lawrence shares a series of circle grid drawings which illustrate her personal phone records–with slivered lines for short calls and dark chunks representing deep conversation. Oloshove fills the Project Room with an immersive installation of sculptures depicting a soft sunset and a “kind of divine feminine escape room.” The exhibits are on view through November 30. Gallery hours are Tuesday through Saturday from 10 a.m. to 5 p.m.

A group of first and third year MFA candidates from TCU display their work at 516 Fabrication Street for In Good Taste, opening Saturday, October 26 with a reception from 6 to 8 p.m. The exhibit features Adrianna Touch, Corrie Thompson, Dario Bucheli, Doug Land, Fernando Alvarez, Francisco Alvarado, Hector Ramirez, and Sierra Forester. The press release didn’t reveal too many details, but it was hilarious and included a rather harsh self-administered review:

With ​In Good Taste​, 1s​t​ and 3r​d​ year MFA candidates manage to put together the most unredeemable shit-show my eyes have ever witnessed. It took every last one of them to reach a level of stink that is worse than the sum of its parts; mind you, the “talent” featured in this exhibition is pretty offensive at an individual level too.

Dior: From Paris to the World is being packed away after spending nearly six glorious months at the Dallas Museum of Art. The show is a can’t-miss for anyone interested in fashion and design. Read our write up here. The final day to see the acclaimed exhibit in Dallas is Sunday, October 27. Click here to schedule your visit and purchase tickets.

You know how I said that last week was your chance to see the work of buzzy Bronx-based artist Lucia Hierro at Sean Horton Presents? Well, good news for those of you who didn’t make it: The show has been extended through Saturday, November 2. Read about it here.

Meadows Museum exhibition Goya’s Visions in Ink: The Centerpiece of the Meadows Drawings Collection highlights the museum’s recent acquisition of “Visions” by the Spanish master, the first Goya drawing to enter the collection. The work will be on view along with related pieces from the era. Two other exhibits featuring important art from Spain are also on view. Admission is $12 for adults, but it’s free on Thursday after 5 p.m. Find hours and additional information here.