The African American Museum of Dallas is one of the gems of Fair Park, a world away from the corn dogs and the giant ferris wheel that draw hundreds of thousands of people every October. Locals should not overlook the arrival of The Kinsey African American Art & History Collection. The family-owned collection has been touring major museums from the Smithsonian in D.C. to the University of Hong Kong Museum since 2007. It’s been seen by more than 15 million visitors in 30 cities so far.

This is the first time the collection will be shown in its entirety in Dallas. The exhibit includes roughly 200 objects, both historical artifacts and artworks, tracing the accomplishments of African Americans from 1595 to the present day. For Bernard and Shirley Kinsey, amassing the collection has allowed them to reclaim something that their ancestors were robbed of.

“The myth of absence says that, as African Americans, we are invisibly present. In America, in American history, black people, negroes, coloreds—we were left out of the history books,” says Bernard Kinsey. “What the Kinsey family has done over the last five decades is put us in the history books.” 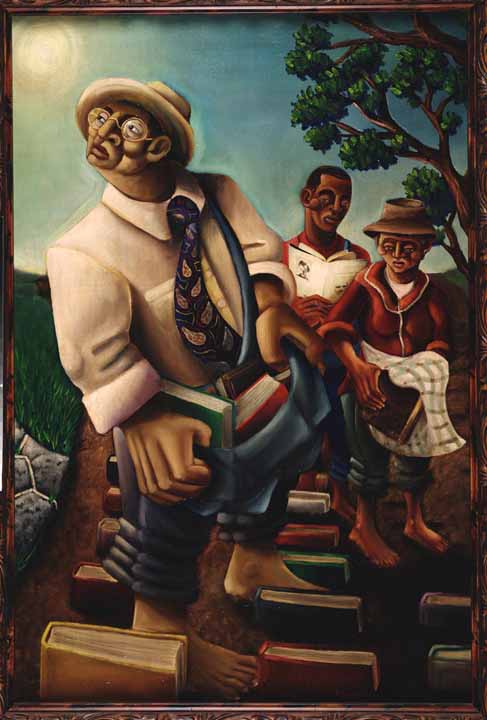 The Cultivators, 2000. Samuel L. Dunson, Jr. The painting was modeled after the Kinsey family.

Through 50 years of marriage, the couple has steadily built one of the most significant surveys of African American culture and history in the world. Shirley says they’ve linked a kind of “collective ancestry” for African Americans by sharing the stories that were never told. The Kinseys have passed the torch to their son, Khalil, who serves as general manager and chief curator of the family collection.

“Our history is in our hands now, and we need to hold it and spread it as much as we can,” he says.

Khalil noted that the exhibit in Dallas was perhaps the collection’s biggest show ever. Spread across three galleries, it covers slavery, emancipation, the Civil Rights movement, the Harlem renaissance, and contemporary African American art.

The first gallery begins with the family story of the Kinseys and the start of their collection; it moves into a section called “Early Genius,” which includes a 1773 first-edition book by enslaved American poet Phillis Wheatley, an 1853 copy of Solomon Northrup’s 12 Years A Slave, and much more.

Of course, some of the artifacts–like rusted slave shackles designed for a woman, or the tattered bill of sale for an 18-year-old young man–are hard to look at. But these tokens of injustice are only one facet of a collection that ultimately celebrates the triumph of an oppressed people.

In the same gallery as the shackles are some hopeful moments of history. You’ll see an early copy of the Emancipation Proclamation, a signed letter from Malcolm X to Alex Haley, a picket sign from a Martin Luther King march, an illustration of the “first colored senator and representatives” in the 41st and 42nd U.S. Congress. 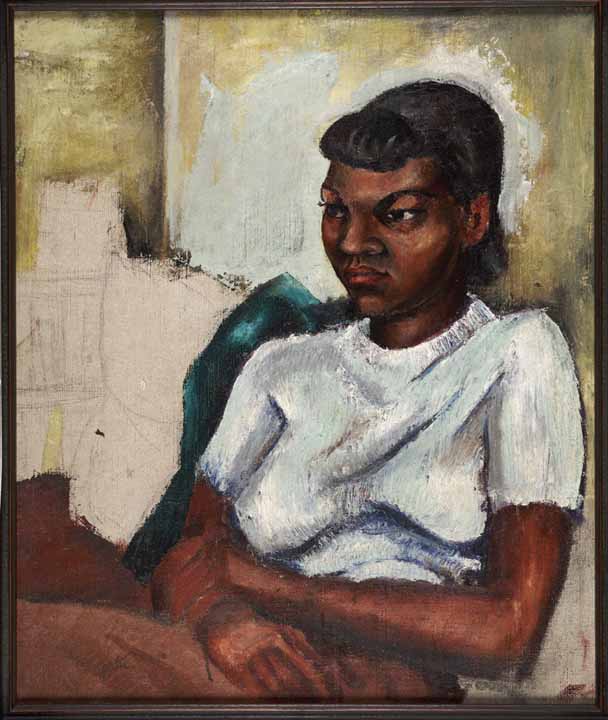 The second gallery is dedicated to the Harlem Renaissance, which Khalil considers the most culturally significant era of American history. There are paintings by the era’s defining artists, like Aaron Douglas, Lois Mailou Jones, and Romare Bearden. There is also literature from the time, like a poem typed and hand-signed by Langston Hughes.

The third gallery picks up where the second left off, covering everything after the Harlem Renaissance up to the current day. It’s an extensive exhibition that’s more than worth the trip to Fair Park.

“This is a place that more of our young people should come, should find themselves,” says Khalil.

The Kinsey Collection is on view at the African American Museum in Fair Park through March 1, 2020. The museum is open Tuesday through Saturday all year, but it’s open seven days a week during the State Fair of Texas (September 27 through October 20). Admission is $10 for adults.