Dallas Contemporary opened one of its newest exhibitions, John Currin’s My Life as a Man, on September 15th. Marking his first U.S. solo show of his work in over fifteen years, the exhibition features the painter’s depiction of male subjects throughout the course of his career.

Currin’s work emerged in the early 1990s in New York, and has been shown in exhibits from Los Angles, California to Venice, Italy. Now, Dallas Contemporary is showing more than two dozen of his paintings of men, as well as more than 50 works on paper, including many pieces that have never been publicly on display.

“When we started talking about doing a project together, I had this idea that it would be really interesting to look at his work through the lens of gender,” says adjunct curator Alison Gingeras. “Specifically, isolate the male protagonist in his work, because over the years he’s become really known for, and in some cases pigeonholed, as this painter of women.”

With a title borrowed by Philip Roth’s 1974 novel of the same name, the exhibition’s narrative is a playful take on the evolution of Currin’s work, and how he’s playing with depictions of his own sex.

“It’s a narrative, but it’s not chronological,” says Currin. “It’s about how I felt about myself and others within this parade of women that I’ve produced. When I see it now, it comes back as reoccurring dreams or something like that, rather than being a chronology that ties up with my life.” 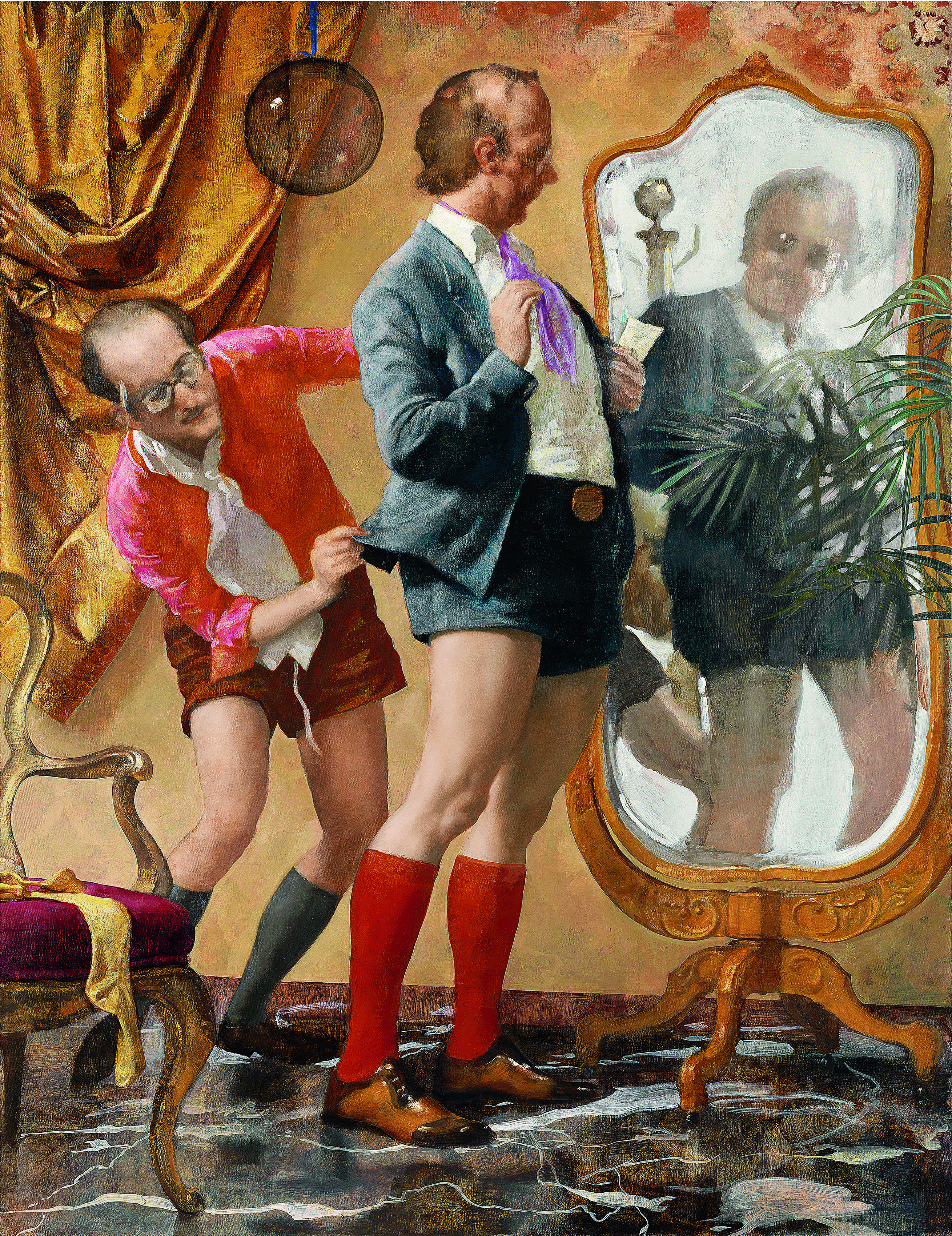 The exhibit traces the full lifespan of men, including everything from child portraits inspired by Currin’s sons, to portraits of famous figures, such as the Kennedys.

“On one hand, there is a theme,” says Gingeras. “But one can also just engage with the work as a kind of overview of John’s evolution as an artist, and the different kinds of pictorial languages and strategies…”

Filled with complexities, the show is the first of its kind throughout the entirety of Currin’s career to follow the evolution of man without following the typical stereotypes of masculinity, allowing for many different readings of the collection.

“There are really no heroes here, so one might think, ‘Oh, a show about masculinely in 2019, do we need that?,’” says Gingeras. “I think this is a feminist exhibition in a way; it shows constructions of various masculinities without giving the predictable heroic.”

Along with the exhibition, Dallas Contemporary will co-publish a catalogue called John Currin: Men.

Dallas Contemporary also debuted two additional exhibitions for the season. There is Jessica Vaughn’s In Polite English One Disagrees By First Agreeing, which is a take on diversity management and labor in relation to architecture, and how the two coexist with each other, as well as Alicja Kwade’s Moving In Glances, which shows the act of objects moving through solid, stationary pieces of art.

All three of the fall exhibitions will run from September 15 through December 22. Admission to the museum is always free; donations are welcomed.