Music wasn’t originally Elaina Kay’s intended path. Born in Wichita Falls and raised on a ranch, Kay spent most of her youth on the rodeo circuit, eventually accepting a scholarship to compete on Tarleton State University’s rodeo team. But it was the cathartic nature of music, and its innate ability to help Kay process her “issues,” that lured her to Nashville after college to pursue a career as an artist. Now, she’s been living in Dallas for two years and is in the latest in a crop of immensely talented local artists–think Charley Crockett, Vandoliers, and Joshua Ray Walker–who are redefining the city’s music scene into a newfound hub for musicians whose tunes don’t fit into today’s warped definition of country music.

Issues, Kay’s powerful and promising debut album that’s set for release on August 2, is a little bit difficult to describe in terms of one specific genre. Recorded at Dallas’s famed Modern Electric Sound Recorders, Issues isn’t a straightforward country record, not by a long shot. Described by Kay as “ranch rock and roll,” her sound fuses traditional chord progressions with a hint of boogie, plenty of Texas swagger, and modern Americana influence. It’s a record that gets at the essence of a new “Dallas sound,” one that’s distinctly different from the Texas Country and Red Dirt artists that have dominated the region’s musical identity for years, and sure as hell doesn’t play by Nashville’s rules.

Which is partly what drew Kay to Dallas. After playing in Fort Worth for a while, she began her music career in earnest in Nashville, crashing in a shared home called the “rock hostel,” meeting tons of up-and-coming bands, and writing alongside some of the city’s best songwriters. But then there was the issue of being able to make a living. “Nashville taught me how to be really, really poor,” Kay says. “In Texas, I was gigging every night of the week and making decent money. I could live with my parents if I needed to. But in Nashville, there’s too many people there playing cover songs down on Broadway for free for an artist to make a living.” 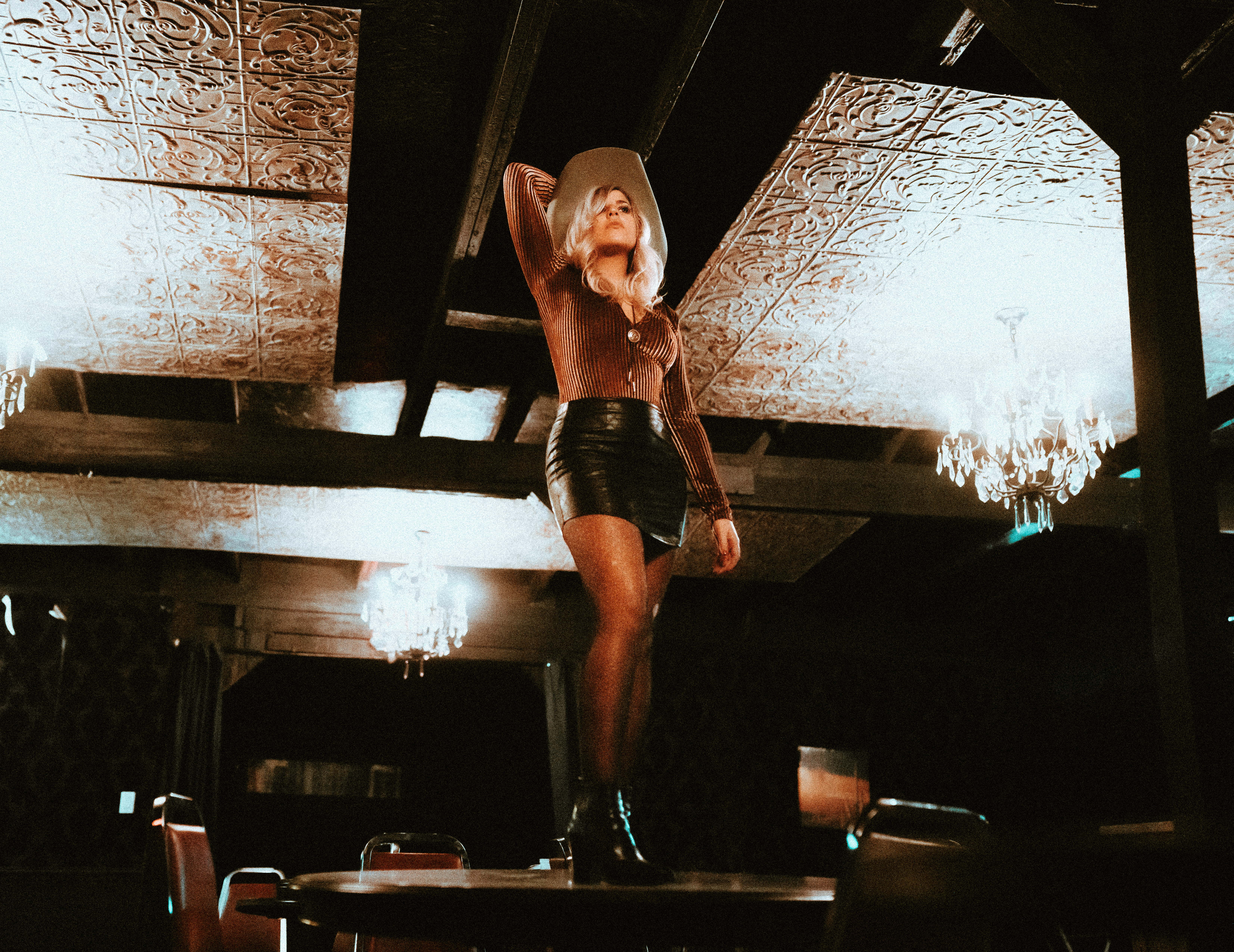 While still in Nashville, Kay met Dallas troubadour Paul Cauthen, who introduced her to the city’s tight-knit music scene, including renowned backing band the Texas Gentlemen. When she started looking around for producers for her debut album, Kay considered options in Nashville and New York before ultimately deciding to work with Cauthen. “He offered and wanted to produce the record, and it just kind of felt right,” Kay says. “Paul got the Texas Gentlemen on board to play on the record, and I went with my gut, drove to Dallas, and we started on the record.”

Even though she’s effusive with praise about the sonic creativity that Cauthen brought to the table, recording Issues was not without its challenges. Like Kay, Cauthen is a working musician, which means that he has to tour to pay the bills, and wasn’t always able to focus his undivided attention on the project. “That made it very difficult to finish the record,” Kay says. “It was an awesome experience, and the sound that came out was so special and unique, and I don’t think I would have achieved that if I had recorded somewhere in Nashville.” Considering that, Kay credits Modern Electric engineer Jeff Saenz with getting the record finished.

Still, because she is a woman in music, she’s constantly walking uphill to find a foothold in a regional scene that has proven difficult for women to break out of. For Kay, the key issue facing female artists like her, the ones who aren’t running the Nashville race and vying for space on male-dominated radio playlists, is getting booked to play shows. It’s an issue that isn’t confined to Texas, but one that makes it extremely difficult for female artists to find an audience and make money. “It’s really hard for women to get on tours, hard to book shows, and hard to get on festival line-ups,” she says. “There’s way too many talented women out there for a booking agency’s roster to only include five or eight percent women.” She also points to issues that disproportionately impact female artists, like finding band members that aren’t willing to play second fiddle to a woman, much less respect her as a boss and creative force.

Not surprisingly, with a title like Issues, Kay tackles some pretty heavy stuff on her debut album. She chronicles brutal break-ups on “Cheating Me Out of Love” and “Saint,” a track about brutal breakups where the blame is equal, and pays homage to her background on “Rodeo,” which compares her current life out on the road to the years she spent hauling around a horse trailer.

The album’s first track, “Daddy Issues” is particularly personal, written about contending with her feelings of abandonment, embarrassment, and disappointment after her biological father took off when she was a child.

It wasn’t exactly a subject she was comfortable talking about, either, especially considering the gendered, often sexist ways that we talk about women who have “daddy issues.” 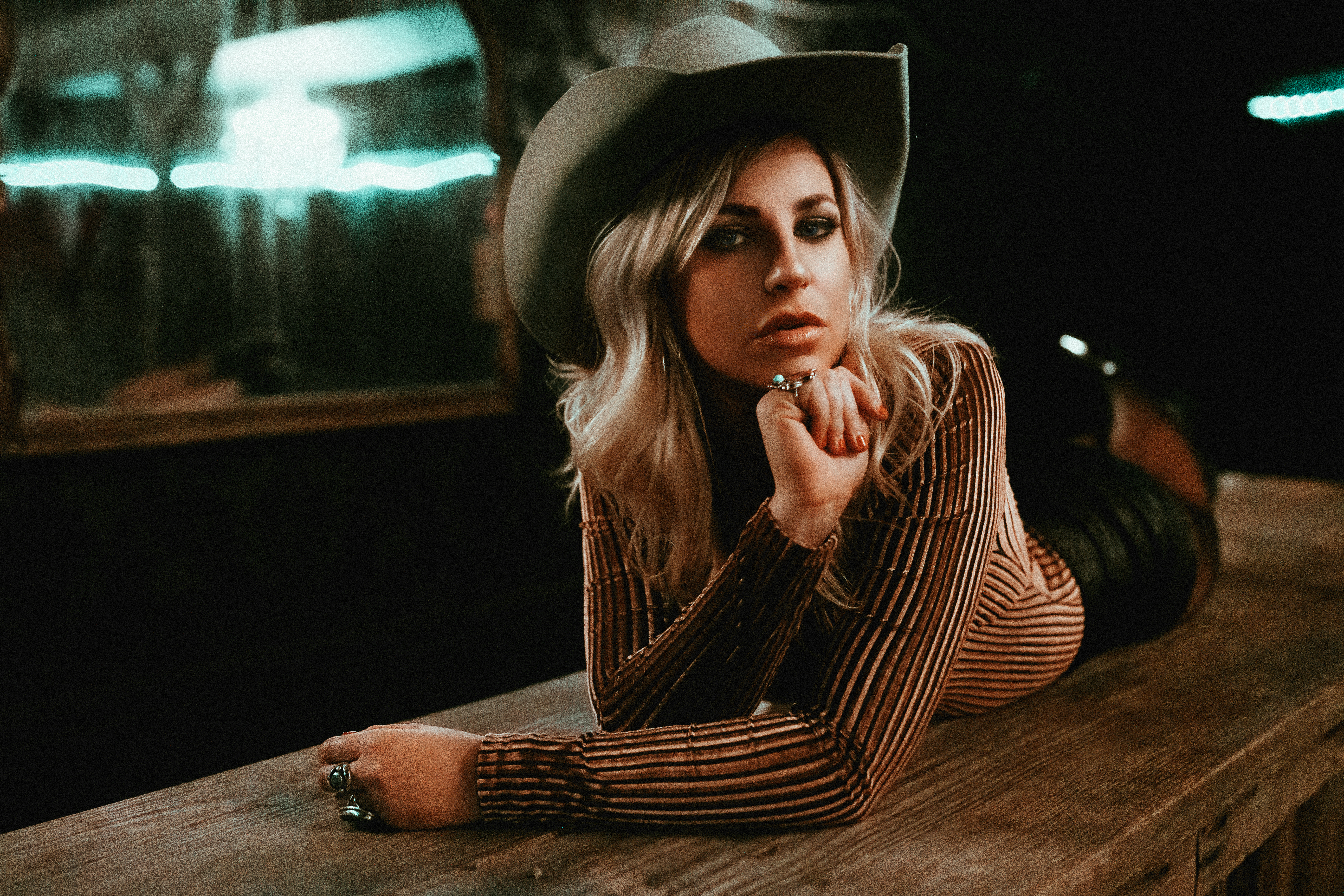 “I didn’t want to be cast as the whiny, sad girl. I openly talk about my difficult upbringing and my daddy issues, but I wanted this song to really be about owning and embracing what has happened to you,” Kay says. “Everyone has been through shit, we all have so much pain from our childhoods and in our adult lives. Yeah, my dad left when I was a kid and yeah, I’ve been cheated on, but I’m going to own it and tell everyone that this is who I am now because of those things. That’s a risk I’m willing to take because I’m a songwriter.”

As for the man who inspired “Daddy Issues,” Kay doesn’t really care one way or the other how he might feel about its lyrics, which describe her father running from the law, writing hot checks, and abusing drugs. She even credits this trauma with kicking off her interest in songwriting. “I probably starting writing this song when I was nine years old, I just didn’t know it yet,” she says. “He’s so far removed from my life, and he’s one hundred percent delusional about what even went on during my childhood,” she says. “I don’t owe him anything, he’s the one who left me, and I am allowed to tell my story. Maybe he should be proud that he did have that little part of making me who I am.”

Ultimately, though, the record isn’t about the men in her life who have disappointed her. It’s a pure expression of Kay’s identity, one that she hopes will inspire other women, especially female artists, to own their power.

“I want people to hear my vulnerability and that I’m trying to empower myself and avoid being a victim,” she says. “I want women to know that they don’t have to be under a man’s thumb, but that’s not all the record is about. It’s about embracing who you are and being proud of it. It took me a long time, 29 years, to become proud of myself, and that’s a big thing for me.”