Celebrating its 21st year, the Festival of Independent Theatres (FIT) returns to the Bath House Cultural Center at White Rock Lake from July 12 to August 3, 2019. Like previous years, eight independent theater companies–some FIT veterans and others first time participants–produced eight unique and innovative one-act plays, paired in two-show blocks. From a somber look into mental illness to an amusingly heartwarming story about a trip to the zoo, each performance offers a flavor entirely its own. Also, for those less theatrically inclined, each show runs just under an hour.

If you’re looking for some summertime entertainment, drop by the Bath House for a performance or two (or in my case, four) this weekend before the festival concludes on Saturday. Day passes are $40 (plus $3 for handling fees per ticket) and single tickets are $18 (plus $2 handling fees per ticket). Head to the FIT website to purchase yours. Here are a few notes to get you started.

Our unnamed female protagonist (Barrett Nash), though given little dialogue, executes a remarkable performance of a rather upsetting story regarding postpartum depression. This play written by Lucy Kirkwood and Ed Hime follows one character going about her evening in a confined room. When the baby begins to cry in the other room, we witness a mother trying her best to drown out its cries in any way she can: the TV set, the telephone, the vacuum cleaner, the stereo system. The title “Small Hours” is apt in that the entire play feels more like a vignette. You get the feeling that these emotionally turbulent and fleeting hours before dawn are the norm for the mother. Director Nick Leos says the company didn’t feel hindered by the sensitive material, and in fact, felt more motivated “to realize the play as its most honest, vulnerable, and extreme incarnation.”

“I think that the play has allowed people a window into the true nature of diseases like postpartum depression–which is very common, affecting 1 in 9 new mothers–and although we never mention the word depression or baby once in the play, people are able to make the connection to this disease which, like many other mental illnesses, is beginning to be taken more seriously as a condition of health.”

Like Lily & Joan, the Leos Ensemble is new to FIT this year. The group has plans to return for next year’s and have already started working on ideas. 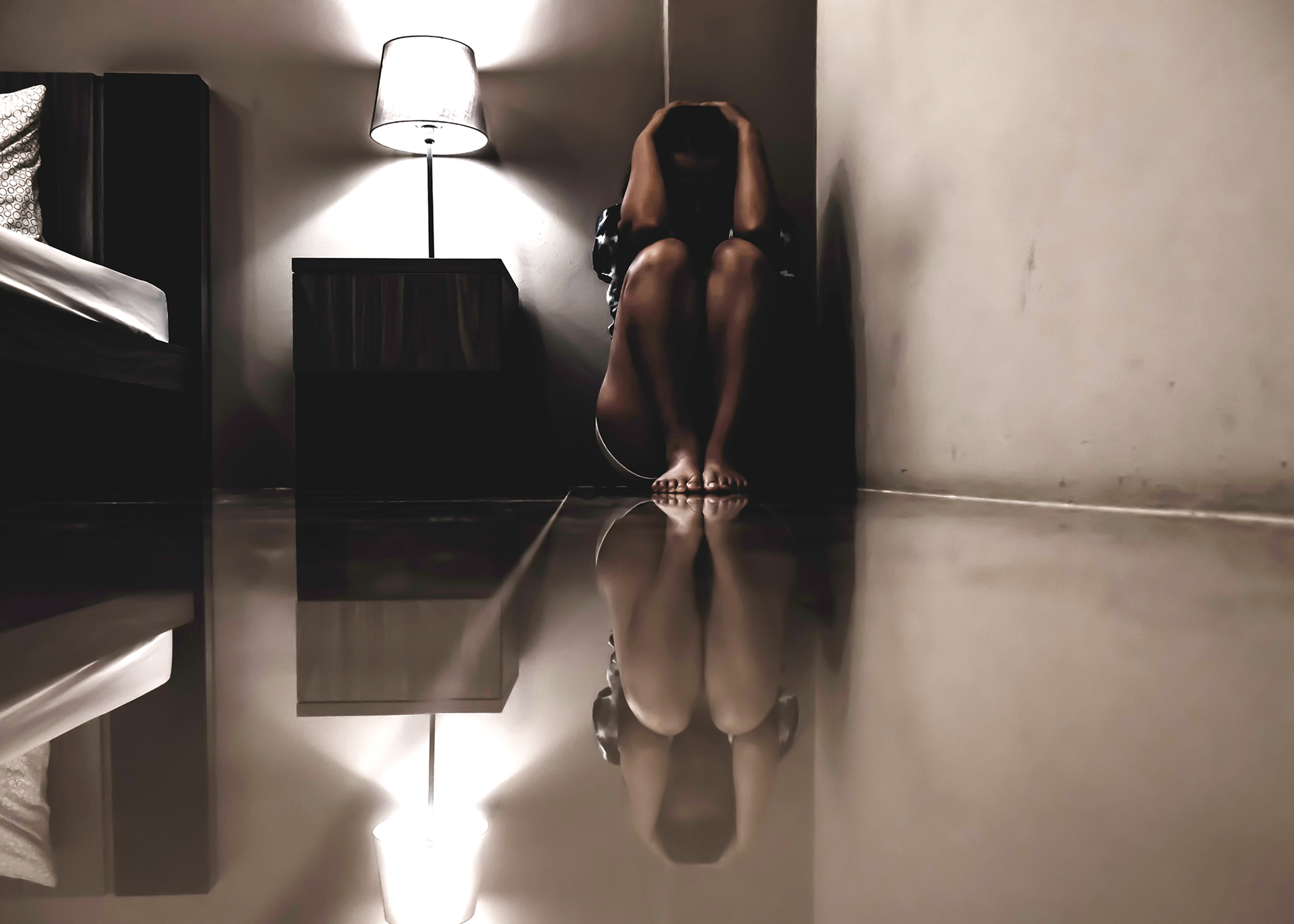 A companion piece to Shakespeare’s The Winter’s Tale, this play by Nicole Neely follows famous Hollywood bombshell Marilyn Monroe (CC Weatherly) just after she awakens in a mental institution. The setting allows the show to dip in and out of abstraction and reality, providing narrative intrigue. At times, it is difficult to discern if what we are seeing is reality or from inside Marilyn’s head. She is forced to confront her demons of depression and doubt, who manifest as sinister beings in black on stage. In this way, the psychological battle the idol experienced in life has been reinterpreted into performance art that allows the viewer to see Marilyn from a new perspective, stripped of biases and Hollywood pretense.

“Since so much of the play takes place inside Marilyn’s mind, I was able to work beyond traditional theatrical realism and really get creative,” Director Emily Burgardt says. “Because the characters are more thoughts than people, the actors had the freedom to play with movement and characterization that might be a little too strange for your average human character.”

Lily & Joan is new to the Dallas theatre-going community, as the company launched in December 2018. They are looking forward to continuing their inaugural season.

Playwright Cameron Casey’s show is hilarious and markedly different than the previous shows mentioned in regards to tone and theme. The story goes like this: Lee, our spunky protagonist, is charged with taking their grandmother, Dorothy, to the zoo. Dorothy is unhappy because it’s her last day of freedom before her son moves her into a nursing home. Lee has troubles, too–a crazy, possessive girlfriend tracking their every move, a disapproving dad who never seems to let up. What begins as an innocent family trip to the zoo ends in a wacky, though heartwarming, looking into familial relationships. And North American Opossums. Director Taylor Mercado Owen’s favorite part of the entire play “is definitely the ending,” and though I won’t spoil it here, I’ll leave you with a hint: Thelma and Louise.

WingSpan Theatre is as FIT-experienced as it gets. They are the “only FIT Founding Company that has done all 21 consecutive FITs,” Jo & Louisa Director Susan Sargeant says. When people see WingSpan Theatre on the program, they know to expect something great. Jo & Louisa did not disappoint.

The play, written by Isabella Russell-Ides, depicts an imagined conversation between author Louisa May Alcott and her most famous literary creation, Jo March from Little Women. Even if you haven’t gotten the chance to pick up the book, you still get the idea of who Jo and Louisa were to each other and to the world as a spunky female protagonist and offbeat author, respectively. While the two begin mildly at odds with each other over Jo March’s being written into domesticity by the end of the novel, they eventually see each other in a new light. The more Louisa reveals her life as a child through vivid memories and excerpts from her diary, Jo begins to see how much of her own character was inspired by her creator’s actual life. In parallel, Louisa sees exactly how larger-than-life her treasured heroine is, and comes to terms with all that post-Civil War America wouldn’t let her include in writing. 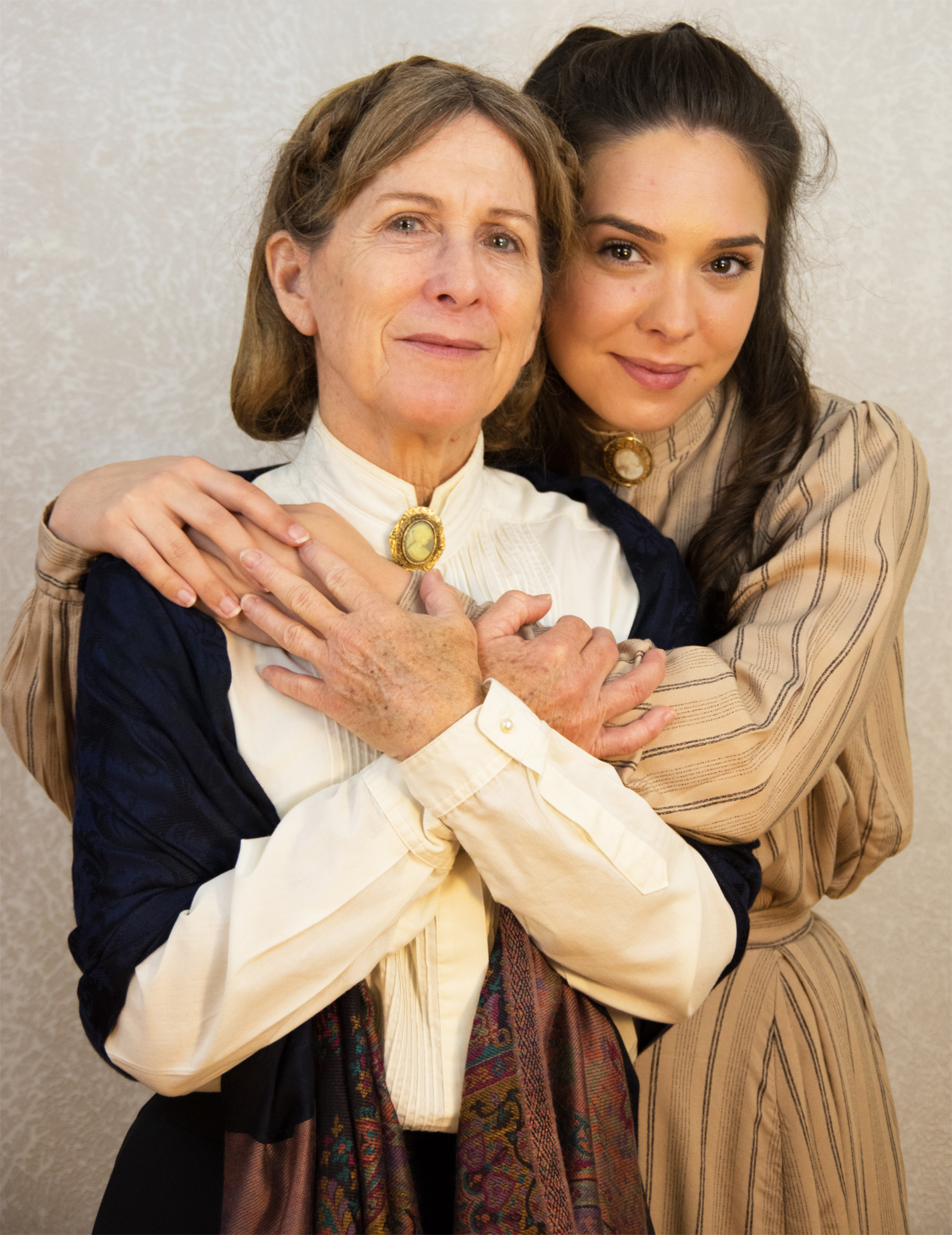 Jo & Louisa is a world-premiere play, allowing Sargeant bounds of creative freedom. As much as she enjoyed making the theatrical decisions, she happily recognizes that the piece wouldn’t have blossomed as it did without the help of her wonderful leading ladies.

“I was free to let my imagination run wild and explore all the possibilities.  The way I visualized the play was not a stagnant conversation between Louisa May Alcott and Jo March. For me, the play embodies wonderful wordplay and intelligence balanced with a buoyant and playful tone,” Sargeant says. “The heart and soul of the play rings out through the performances of Victoria Wright as Louisa May Alcott and Bethany Burnside as Jo March.”