10 Questions with Connor Saeli from The Bachelorette

The news broke weeks before I began watching Hannah B.’s journey to find love unfold: There was a hunky Dallas contestant on this season of The Bachelorette. Some of my D Magazine colleagues ran in the same circles with him when they were students at SMU. My best friend’s other best friend worked with him downtown at Goldman Sachs–he was her “kitchen crush,” and supposedly hotter in person. He also dated my friend’s friend’s friend (things ended amicably).

So, naturally, I was rooting for Connor S. when the season began. My like for him only deepened when he left Hannah a bunch of adorable notes after she got sick before their one-on-one, and then when he managed to avoid almost all Luke P. drama throughout the rest of his time on the show.

Last week, Hannah and Connor said their final goodbyes as he bowed out of the running, but this definitely isn’t the last we’ll see of him. He’s rumored to be on an upcoming season of Bachelor in Paradise, and I’m surely not the only person in America with a crush on the 24-year-old, six-foot-six financial analyst.

Connor and his PR rep gave me a call on Tuesday from New York City, where he was doing more press interviews. Here’s what I learned about Dallas’ Bachelorette cutie. 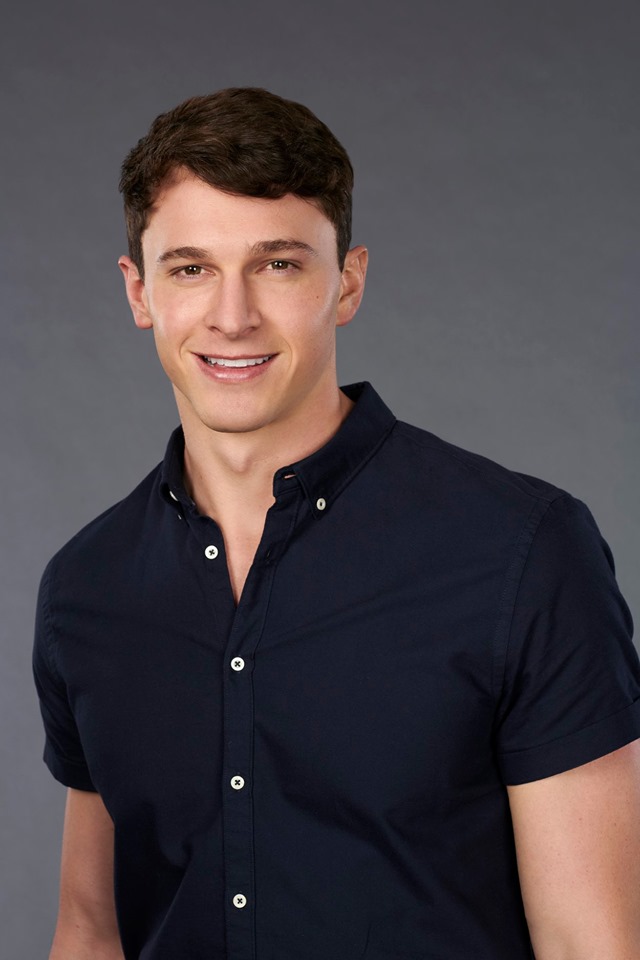 Are you from Dallas?

I’m originally from Birmingham, Michigan but I went to SMU and got a job in Dallas after college.

Did you watch The Bachelor before this season?

Yes, my sister used to watch it a lot when I was younger and she got me hooked on it!

How did you end up applying?

A really good friend from home actually nominated me to be on the show and I actually didn’t know that they were doing that, but it was always a joke that if I was 24 and single that they would nominate me.

It was such an amazing experience, I sort of went into it with no expectations, and going into it, you really think it would be tough to develop a relationship but you definitely develop feelings and you get to go on the most amazing dates.

What surprised you the most about the whole experience?

One, you don’t get to eat any of the food on the dates. It always looks amazing but you can’t eat that food. I would say, also, the way I felt about Hannah. I went into hoping I would find love and make a connection, but I was skeptical from watching the show, and I was caught off guard by how quickly I developed feelings for her.

Do you have any funny stories we didn’t see on the show?

John Paul Jones–probably the funniest guy there–there was one night, maybe after the second week of dates, and he had come back from the group date and everyone else was asleep, and he started cutting a pineapple and eating it like corn on the cob over the sink. And he looked me dead in the eyes and asked, ‘Connor what’s your biggest fear?’ …It was the funniest thing ever.

What are some of your favorite spots or things to do in Dallas?

Big fan of Eatzi’s and Snap Kitchen, because it’s been tough for me to cook a lot recently. Then I guess the funnest activity I’ve done I found on Groupon, I found a powered paragliding thing.

I’m not sure if you’re allowed to say, but are you going to be on Bachelor in Paradise?

I’m definitely open to doing it. Going on The Bachelorette was an amazing experience and it definitely made me believe in the process and the journey of the show. Seeing Bachelor in Paradise previously, it definitely works for some people.

Are you planning on going back to your career in finance?

Business and entrepreneurship has always been my passion. My brother and I are actually going to start an investment firm at the end of the summer, so it’ll be awesome to get back into entrepreneurship.

Cool! Are you doing that back home or are you staying in Dallas?

I’m going to stick around Dallas.