Editor’s note: Whenever I tell anybody that I’m the youngest of five daughters, I get some variation of the same response:

“All girls? Your poor father!”

Never for one moment has my dad echoed this sentiment. He’ll respond that it’s nice to be surrounded by beautiful women, or that he never felt like he was missing out on having a son.

There are times, I’m sure, that being my dad has really sucked. He’s had to deal with an insane amount of hair shedding in his home, an endless parade of knucklehead boyfriends, and at least one teenage daughter from the years of 1995-2014. Somehow, he stayed sane through it all.

So, when I got an email with the subject line, “A new play about being a dad to girls,” I knew the perfect writer for the job. Happy Father’s Day, Dad–thanks for doing me yet another favor. 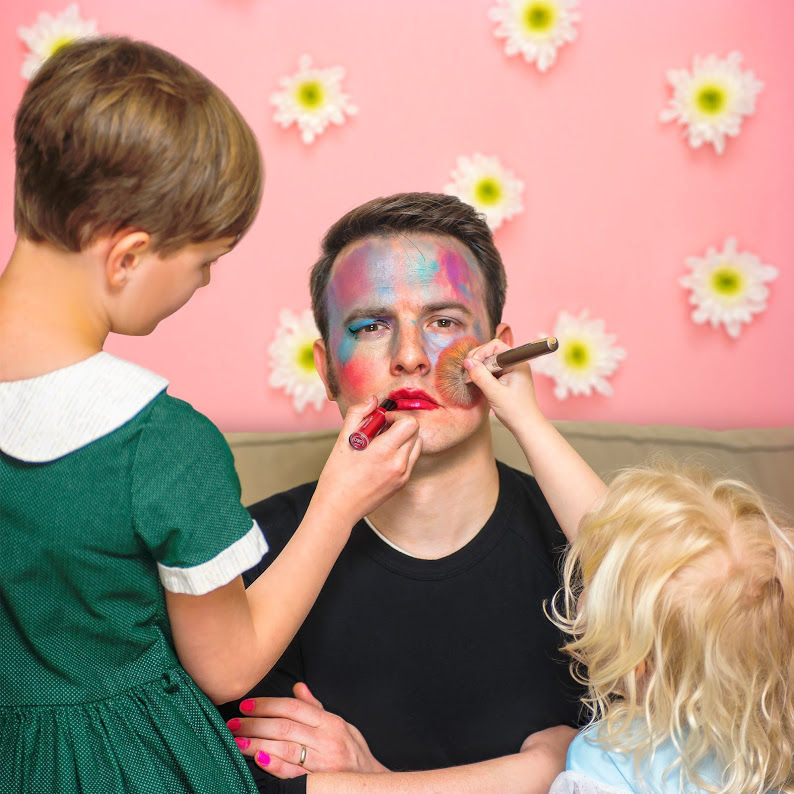 Her tone was a little frantic: “Dad, help! I’m in the parking lot at work and I’ve got a flat tire.” Being the father of daughters is an overwhelming responsibility, an absolute joy—and, occasionally, a monumental pain in the ass. One thing is for sure, it’s a job that never ends. This occurred to me the other day as I dug through 37 pairs of very fashionable shoes in the trunk of the youngest of my five daughters’ Honda Civic, searching for the spare tire I hoped was there.

So obviously, I’m the perfect target audience for Girl Dad, an original solo play written and performed by Justin Lemieux, as part of this year’s Dallas Solo Fest at Theatre Three. But you don’t have to be a girl dad to appreciate Girl Dad. Lemieux, a Dallas-based actor, monologist, and writer, has created a play that is a reflection on his past relationships with women—his mother, his first, awkward adolescent romances, his now-wife, and his two daughters, who are five- and eleven-years-old.

“I grew up in a male-dominated household, now I live in just the opposite,” says Lemieux. “I wanted to ask myself, ‘How did I get here?’”

This is the third solo play produced by Lemieux and wife, Katy Lemieux, and he seems completely comfortable inhabiting the stage all by his lonesome. Solo work is, according to him, “the most satisfying work.” It’s the most practical, too, as he is the drama teacher at Juan Seguin High School in Arlington. Between his full-time job, his writing, and of course, being a girl dad, it would be almost impossible to attend the auditions and rigidly-scheduled rehearsals that are an unavoidable part of doing shows with larger casts. Part of fatherhood, he’s found, is that “your time is not your own.” Solo shows are his milieu, for now.

By turns hilarious, tender, sometimes both; what makes Girl Dad so effective is the way Lemieux interweaves memories of past relationships into a cohesive whole, like the braids in my daughters’ hair I never could figure out how to do. It’s a work rooted in a man’s unconditional love for the women in his life, and the realization that love can compensate for even a large degree of ineptitude. At least that’s how I’ve always rationalized the dad/daughters dynamic.

Directed by Jenna Richanne Hannum, Girl Dad will be performed at 7 p.m. on Friday, June 14 and Sunday, June 16 (which is Father’s Day, by the way, girls, and another fifth of The Botanist gin would be very thoughtful indeed). Find tickets here.