Lakewood Theater Will Reopen as Bowlski’s This Summer

After years of vacancy, the Dallas landmark is returning as a bowling alley, restaurant, and bar.
By Natalie Gempel | May 15, 2019|1:13 pm
Advertisement

After years of gathering dust, East Dallas’ historic Lakewood Theater is reopening this summer as a bowling alley, bar, restaurant, and candy shop. Craig and Jennifer Spivey, entrepreneurs and longtime residents of the neighborhood, are overhauling the Dallas landmark and restoring it to its former glory, albeit with a new use. The new spot, Bowlski’s, should open in the next four to six weeks.

The theater, which was built in 1938, fell into pretty bad condition during years of vacancy, and it was full of asbestos. It needed a top-down makeover. Alston Architects has led the exterior renovation while the Spiveys took care of the inside with the help of Segura Construction. Since the building was declared a landmark a couple years ago, there are some original parts that must stay–and the couple is trying to keep as much of its character as they can. Having raised their family in a house overlooking the theater’s iconic tower just blocks away, the Spiveys are understandably protective of the space. 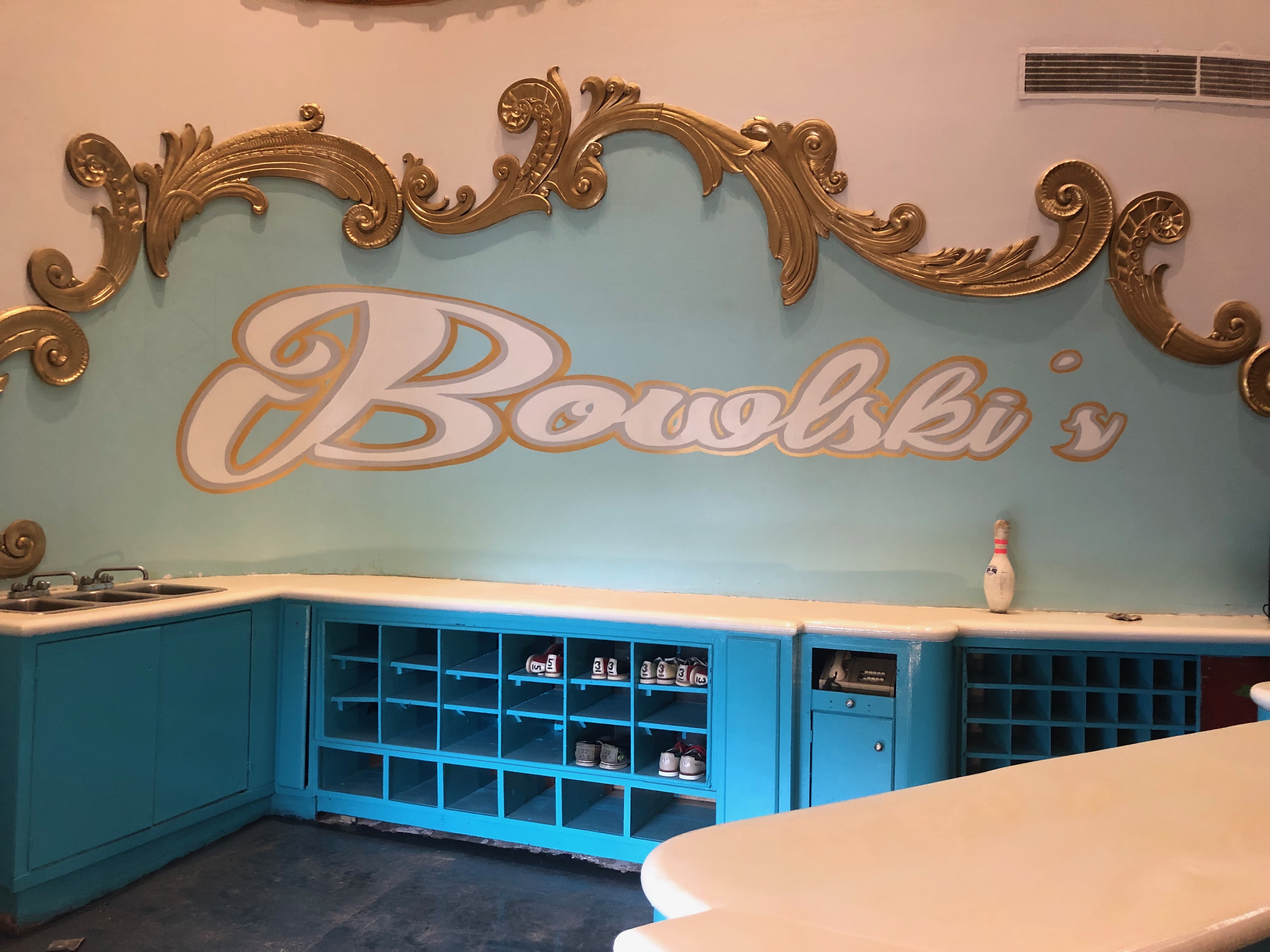 They’ve kept the original murals and hired local artist Isaac Brown continue the paintings in a similar style on adjacent walls. The theater still has some of its more notable features–like the fountain, the two women statues and squiggly neon signs on either side of its screen. The ancient-looking ticket counter by the entrance is still there, too. As for the bowling alley, the Spiveys bought out a vintage alley from Mineola, Texas and relocated the lanes and equipment to Dallas.

Some neighbors have expressed disappointment that Lakewood Theater is no longer a theater. Before the Spiveys took over, the Alamo Drafthouse, Texas Theatre, and others had flirted with the idea of revamping the venue–but it was more likely to fall into the hands of a less exciting tenant.

“It was killing us, because they were talking about tearing it down, putting parking, putting a CVS in here–Eatzi’s had a lease here. I mean, are you kidding?” says Craig.

The Spiveys helped open Bowlounge in the Design District a few years ago, and since parting ways with the business, they’ve been dreaming up a new concept.

“I looked at this originally to do it in May of 2015,” says Craig. “At the time, parking was an issue, Uber didn’t exist, and it was pretty close to Bowlounge.” 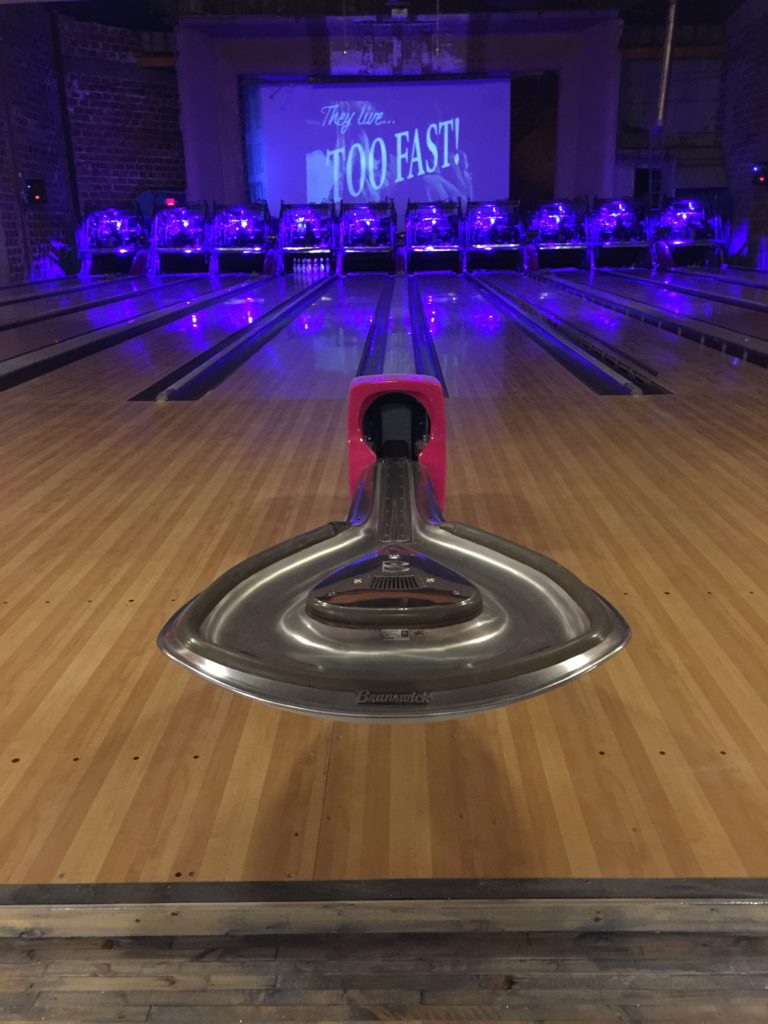 Last year, they opened the first Bowlski’s in an old bowling alley near Aspen. When the stars aligned for the Lakewood Theater property, they jumped at the chance to expand to their hometown.

“There’s just nothing over on this side of town,” Jennifer says of Lakewood. “We used to have Jupiter Bowl and that’s been closed for a long time.”

Bowlski’s is first and foremost a bowling alley, but it’s also set on becoming a lively nightlife spot. The Balcony Club is still open next door, but the two are no longer connected. There’s a stage for live music, a bar and restaurant attached to the alley, and several private suites on the second level for parties and activities like Fortnite. The venue will be family-friendly during the day, then switch into 21-and-up around 9 or 10 p.m. on the weekends.

The coolest new addition might be the Projector Bar, a little speakeasy in the original projection room overlooking the theater.

“If somebody lives in the neighborhood and is not a bowler, we want them to be able to come here and have a good time,” says Jennifer. “I’m envisioning people dancing everywhere.”

Bowlski’s is expected to open sometime in June or July. We’ll update you once more details are announced.

Get a front row seat to the best shows, arts, and things to do across North Texas. Never miss a beat.
Summer

Short (very short) stories from a dozen local authors that explores the shady side of the season.
By Zac Crain
News Bites

Merry Christmas from all of us to all of you. Be safe out there.
By Matt Goodman
D Magazine Directories