KAABOO came to Texas with some really big plans. In its first year, the festival attempted to fill three days with music, art, comedy, food, and, um, Vegas-style pool clubbing at AT&T Stadium in Arlington. It filled the schedule with well-known acts, it filled the parking lot with food vendors and festival-style amenities, and it filled the concessions area with art gallery booths. But it couldn’t fill the stadium with people. KAABOO Texas wasn’t a failure, though photos and videos on social media made it look like a ghost town. It was a little underwhelming and somehow also a little overwhelming. I’m not sure how exactly to feel about it, which seems to be the general consensus.

I went on Sunday, which happened to be the only sunny day of the weekend, and thus likely the most well-attended. My colleagues Caitlin Clark, Catherine Downes and I squeezed in the back of an Uber in Dallas around 4:30 p.m. The drive to Arlington was relatively painless, and getting into the festival was fast and easy. The crowd was sparse when we arrived, but it’s also difficult to gauge the size of an audience in a venue as massive as AT&T Stadium–especially when there are stages sprawled across the property. There is room for 100,000 people here. Which means there was a lot of dead space.

The festival sold general admission passes to the music festival, plus three levels of VIP passes. The Rockstar passes, which were more than $4,000, gave up-close access to the stage, with the other VIP areas following close behind, and general admission in the back. There were significant empty areas in front of the stages because of this setup. 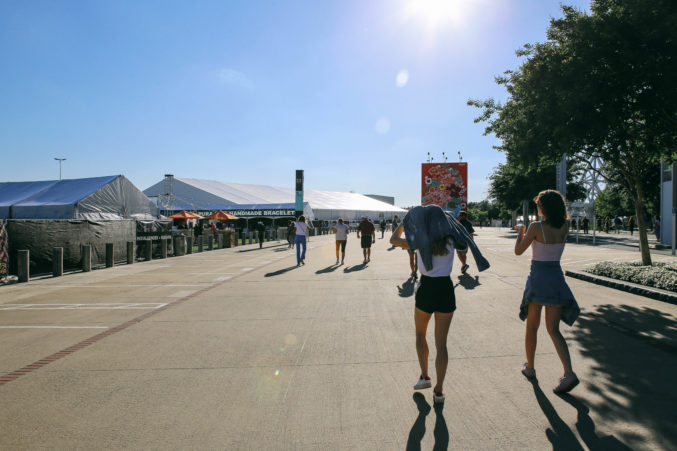 We took a lap of the stadium to get the lay of the land while St. Paul and the Broken Bones performed for a very small audience. Bask, the name for the pool club, was finally having its day in the sun after a gray weekend, but I wasn’t willing to pay $45 to get in, so I can’t tell you much more about it. I was willing to pay $7 for a Fletch corn dog (the pop-up company spun off from the Fletcher State Fair clan), which was delicious, and $28 for a double vodka soda, which felt necessary.

Our first stop was at Humor Me, the comedy festival within KAABOO. Our media passes didn’t include access, but we were able to finesse (walk) our way in to see Whitney Cummings’ set. She was funny and energetic and filled the tent. If I had to guess by attendance relative to empty space, the comedy club was the biggest success for KAABOO Texas. To my knowledge, it was the only section that reached capacity over the weekend.

Pitbull was next, inside AT&T Stadium. I didn’t like Pitbull yesterday morning, but that performance changed me. He talked a lot about turning a negative into a positive, and yelled “Happy Mother’s Day” at least six times. Pitbull has a ton of hits, but he performed like an artist with something to prove. The crowd wasn’t huge, but he worked it like a pro. It seemed that everyone was jumping. 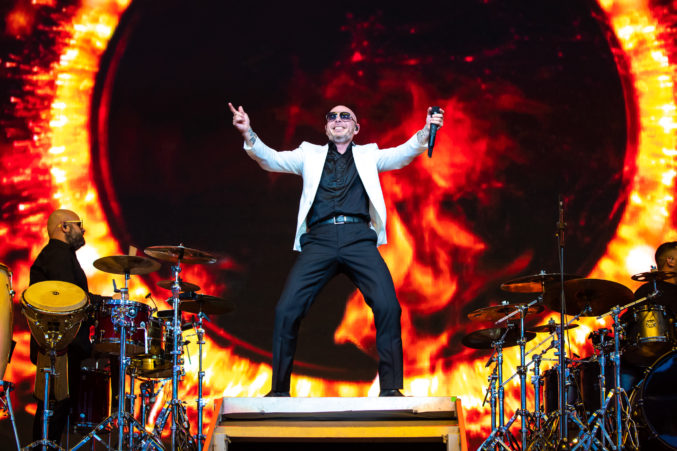 Refreshed by the energy of Mr. 305, we ventured outside to see The B-52’s, who were delightfully campy and joyful. They sounded exactly like themselves. This, too, wasn’t a huge crowd, but those there seemed to be enjoying themselves.

Counting Crows were up next, and sadly I was in the bathroom during “Mr. Jones,” which is the only song that I know, but at least it played on the intercom. They also sounded like they did on late-90s radio dials, and the crowd had finally started to fill more of the gigantic space.

Sting ended the night, singing some hits by The Police as well as some of his solo work. He had a excellent band and singers backing him up, and he’s still a total smoke show. We left before the end of his set to beat the Uber surge, but I’m not sure if that was even necessary. The concert never felt crowded and we didn’t encounter any of the typical issues tied to going to a big event. 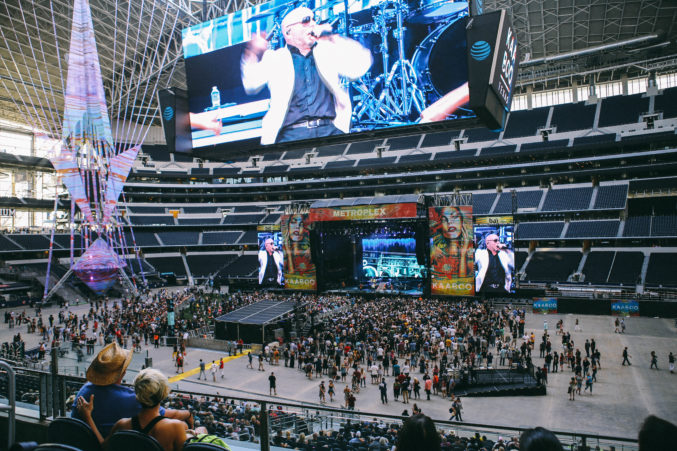 It was, honestly, nice to have room to breathe. It was easy to get a good view of any of the stages. It was nice to not have to wait in a single line. The festival felt as intimate as it could for being inside of a huge space. But if you were going to KAABOO in search of a Festival Experience, you were left wanting. The food fest portion, which had billed a slew of celebrity chefs, felt a little lackluster. The photo ops were underdone, and the vibe was odd.