“I had a five year lease over there and I had, a year and a half ago or so, started thinking about what was next. There was so much development going on over there and I wasn’t sure what the future of the building would be,” says Cluley. 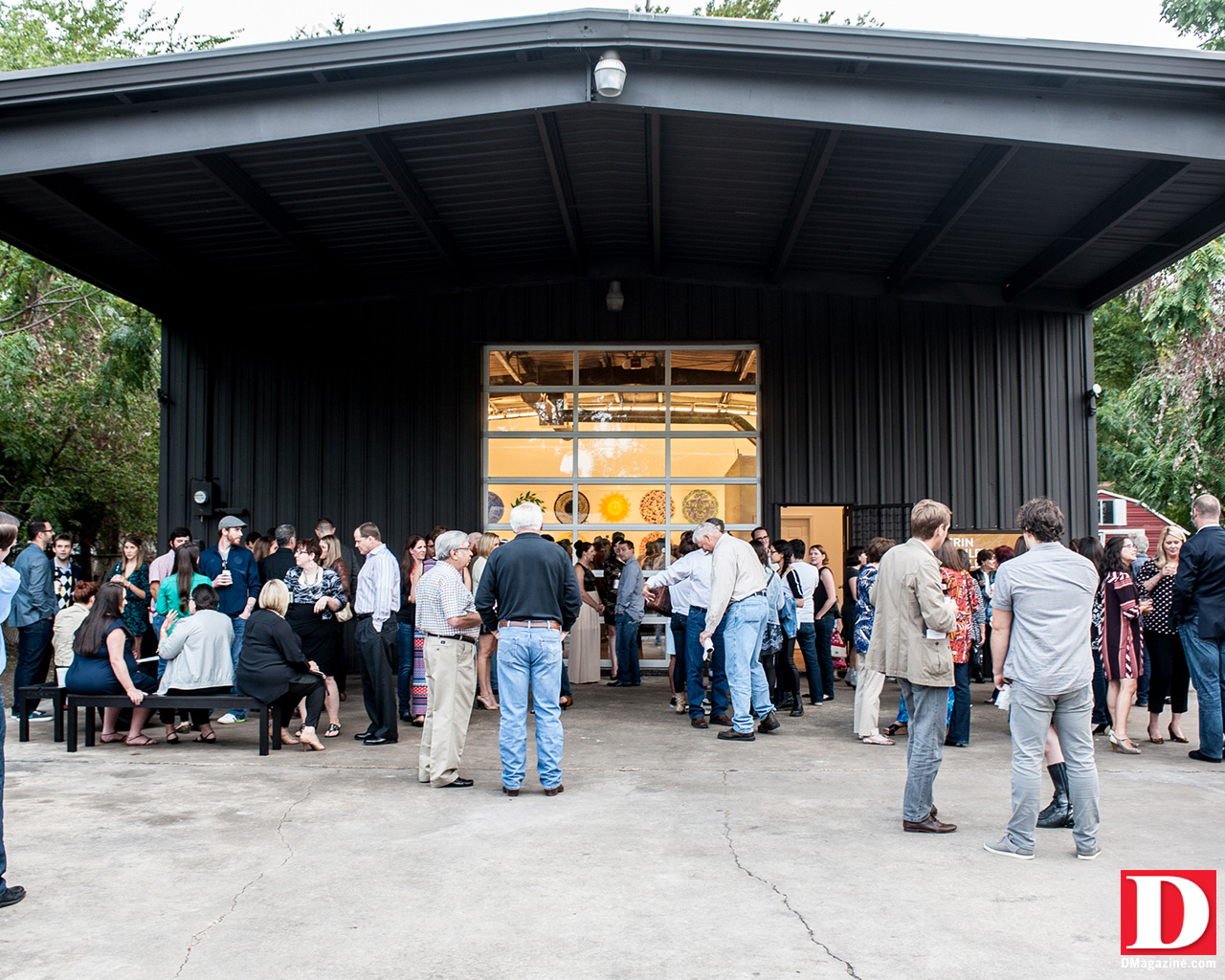 While Trinity Groves served as a central location, it also came with its challenges. Frequent construction and road closures made it difficult for Cluley to get clients in the door.

“As I was having these thoughts, John Sughrue came and recruited me, and he was wanting to get some interesting, creative tenants into the building.”

River Bend, which officially opens to the public with a Soluna event on April 10, is also home to the Dallas Art Fair offices, 214 Projects, AND NOW, and soon-to-open Gallery 12.26.

The new Erin Cluley Gallery is about 500 square feet larger than the old space, and it has two rooms to host multiple shows at once. Cluley says that having the separate galleries is one of the things she’s most looking forward to.

“It always enables me to always have someone or something that’s more regional, and I think that that helps just get a bigger audience in. So, if I’m showing a Dallas artist alongside a Baltimore artist, it just helps,” she says.

That was exactly her strategy with the inaugural exhibitions, two solo shows featuring Baltimore-based light artist Chul-Hyun Ahn and Dallas-based sculptor Catherine MacMahon. It’s the first time either artist has been shown at the gallery, a duo of new faces for the gallery’s new home.

Other than the neighborhood, not much has changed about Erin Cluley Gallery with its move.

“Really, my intentions have remained showing regional and national artists and trying to give artists an opportunity,” says Cluley. “I’m really into nurturing their careers in a thoughtful way, not just trying to sell their work, which of course is important, but getting curators in front of their work, museum acquisitions, into important collections. So I’m still doing that same thing, I think.”

The opening reception for Chul-Hyun Ahn ECHO and Catherine MacMahon LINES is on Saturday, April 6 from 6-8 p.m. The exhibitions will be on display through May 4.