For two years, a former Ford dealership on South Ervay in the Cedars was home to one of the city’s most interesting gallery spaces. The un-renovated, red brick buildings and adjacent courtyard that comprised The MAC were a unique backdrop to a variety of exhibitions, artworks, and adventurous programming. However, they also presented countless problems and, as such, the space never quite felt like a gallery. Instead, it had the air of an ephemeral, DIY pop-up venue. Now, more than three years after leaving its original McKinney Avenue home, The MAC has finally found a sense of permanence again.

On Saturday, The MAC will host two inaugural exhibitions to celebrate the opening of its new location, a stone’s throw from the former dealership, in the building that once housed Pastime Tavern.

Working Groups by Carolyn Sortor and Michael A. Morris will be in the north gallery, the space visitors immediately enter from the street. The new exhibition debuts in conjunction with the permanent loan installation of the OccuLibrary project at The MAC. Originally housed at the now defunct CentralTrak, the OccuLibrary is a physical library comprised of books on art, politics, economics, philosophy and other subjects that began in 2011 as an ongoing project to commemorate the libraries of the Occupy Movement as police and other local and state entities dismantled and destroyed camps across the country.

Independence, the show in the south gallery, is a group exhibition that explores the concept of time and the self in relation to society, featuring the works of Helen Altman, Alicia Eggert, Letitia Huckaby, Liss LaFleur, and Leslie Martinez, all Texas-based artists. Throughout the years, The MAC has fostered a reputation for supporting the work of artists from the state.

“We want to continue to highlight local artists,” Rachel Rogerson, The MAC’s Executive Director, says. “We’re going to expand local to mean Texas-based artists, but we definitely want that to remain a major focal point.” 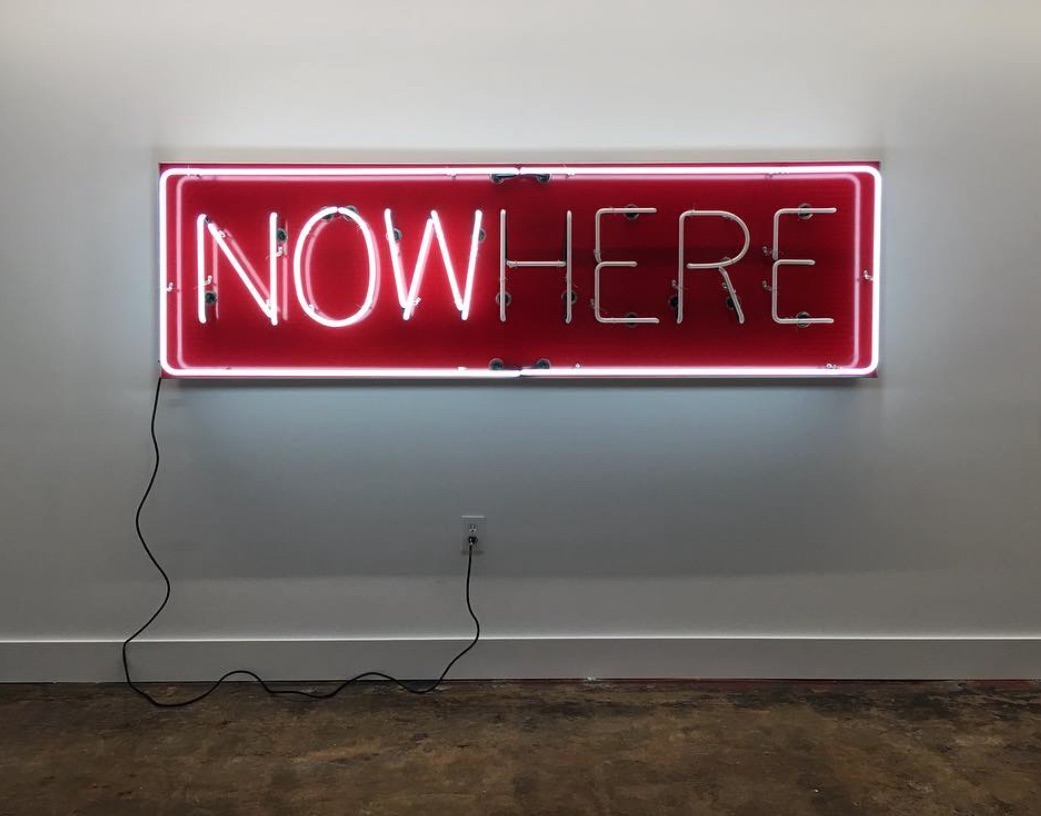 The new space is a stark contrast to the former one, with its dim, dusty, and vast interior dotted with extension cords snaking along the floor and dangling from the rafters. Although much smaller, the 2,500-square-foot renovated dive bar looks like an art gallery with white walls, polished cement floors, and track lighting. The space took a year to revamp, including replacing the roof and overhauling the plumbing.

“It was a pretty big project, actually,” Rogerson says. “It took a lot. It wasn’t just, ‘Oh, put up some white walls and you’re done.’ The building was in pretty bad shape so we had to redo a lot of things.”

Beyond general renovations, Rogerson also had to deal with bringing the building up to code, which inevitably pushed the opening back a month. She also had to make sure that The MAC received the proper certificate of occupancy so that future openings aren’t subject to surprise visits and shutdowns by the City of Dallas’ fire marshal, a matter that sparked deep animosity within the art community in recent years.

“The fire marshal will not be able to shut us down,” Rogerson says.

However, as The MAC’s new space begins to take shape, the dreams that accompanied its move to the Cedars take a back seat. Originally, the buildings that made up the old Ford dealership were to include several galleries, residential units, and maybe even a restaurant in an attempt to make The MAC’s campus the center of a cultural district in the neighborhood that also features the Cedars Union, Dallas Heritage Village, the Museum of Street Culture, and Ro2 Art.

Even though that vision never materialized and the warehouses were left as is for the most part, the shows that Rogerson was able to assemble in them were notable. Both the art and the work that went into those exhibitions will serve as a template and the inspiration for future exhibitions and educational programs at The MAC.

“Over there, I think what we were able to do is present some really amazing new media shows,” Rogerson says. “The video works were amazing in that space and I think it also highlighted what we want to do going forward here.”

The new gallery has a dedicated space for new media, an area of focus that Rogerson believes Dallas needs more of outside of a commercial setting. It’s just one of the many perks that she has to work with in the bright former bar. Although working inside the dealership was demanding and trying at times, Rogerson looks back on it fondly. That said, she’s also happy to see The MAC return to a semblance of normalcy.

“After working in [the old building], nothing is a challenge,” Rogerson says. “We have full power, beautiful lights, a roof over our heads—I’m super excited to have a permanent home.”